Blonde On Blonde is just so good all round

Bin off ‘Rainy Day Women 12 & 35’ and you’ve got yourself arguably the greatest album ever made.

though i ended up giving out 10 one pointers

not as good as the two albums before imo

How GOOD does Bob sound on the Last Waltz…oh maaan 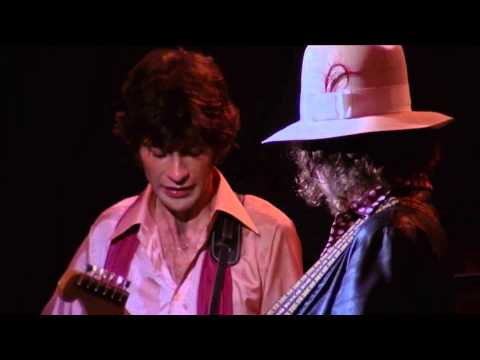 Robertson played his ass off at this concert.

That 3 album run is beyond words, and all recorded in the space of 18 months. And then on top of that, touring, TV appearances, interviews etc

Guy did more in that 18 month period than most people do in multiple life times.

When push comes to shove your favorite Dylan album if you could pick only one.

Toss-up between Blonde on Blonde / Blood on the Tracks.

Desire/Nashville Skyline for me. What an artist.

I mean it’s close to impossible, but Highway, Desire and Street Legal probably top 3 at the moment. Probably.

Low turnout so far is making this one an absolute mess at the top.

Here’s a take: Dylan has never released an album with 10 or more songs that doesn’t have some filler on it. Blood on the Tracks would be better without Meet Me in the Morning and Lily, Rosemary, etc., Blonde On Blonde could lose like 5 tracks, etc. That’s not to say they’re not 10/10 albums as the peaks are so ridiculously high, but I reckon his albums are best when he pares them down the most.

Meet Me in the Morning

nah, love that one

Lots of people taking a long time over their lists maybe?

They’ll soon come out of the woodwork when it’s deadline time.

Just submitted. No kingmakering, just 10 great songs with a point each.

Not a fan of Dylan, but have 3 songs of his i like. Can happily pass on the rest.

Think that highway 61/biabh have no filler on them. Highway is an incredibly tight record imho