When did the LULZ become a menace to society?

There was a definite culture that it was cool to be hard, cold and unempathetic to others, and that the coolest person was the one who got in first with the mockery, even if it was something serious and painful. An extension of the worst nasty behavioural norms of 13 year old boys.

I’m glad @AdrianWebb managed to get SSP instituted for difficult and sensitive topics, even if she got mocked so hard first of all for doing it.

I just read / listened to Abolish Silicon Valley by Wendy Liu, which covers this sort of thing really well

There’s definitely a thing of unpleasant tech bros having a fragile ego very wrapped up in I Am Very Smart and Very Logical, but they’ve actually not explored or learnt about anything outside their narrow field or got much emotional or interpersonal intelligence, so anything that has nuance or lots of illogical complexities must either be broken down into very basic building blocks, or if you can’t do that, mocked.

Like the mocking of humanities people- but then it turns out in the current world falling apart and fascism rising again scenario, that people with history, political or semantics training are actually incredibly useful.

I mean, even as someone who studied humanities, it’s only been faaaaiiirly recently that I’ve been able to get past the internal self-loathing sort of niggles about how “pointless” it is cause of how much that is just a part of the societal treatment of the humanities and the arts and that in comparison to THE ALMIGHTY STEM

This was definitely the case for me as a teenager and it’s during those formative years that most people are attracted to places like 4chan or to expressing themselves with the simplicity of memes and in-jokes in general, and that’s, y’know, not a great combination.

It’s that thing of being so self-centred and unable to put yourself in other people’s shoes that it’s just “edgy material” in their minds rather than properly understanding that it’s brutal, horrible, painful stuff to the people it’s targeted at.

I mean, even as someone who studied humanities, it’s only been faaaaiiirly recently that I’ve been able to get past the internal self-loathing sort of niggles about how “pointless” it is cause of how much that is just a part of the societal treatment of the humanities and the arts and that in comparison to THE ALMIGHTY STEM

A weird one is that tech bros respect ancient history/languages (what I studied) because latin is somehow “logical”, which shows that they know nothing about latin whatsoever.

It’s as logical or illogical as any other language (and lots of modern languages have very similar grammar), and the romans also had an infuriating habit of thinking it was good writing style to leave out something if it was obvious. What is obvious to a roman is obviously different to what is obvious to a modern person, so there’s lots of extremely vague, ambiguous sentences going on.

That’ll do for now. Can’t believe I’m putting all this shit out for free, in this thread of all places.

Not read the article btw.

Planning to watch the Pepe documentary soon, the guy who invented him got done over so badly by the insane online right wing 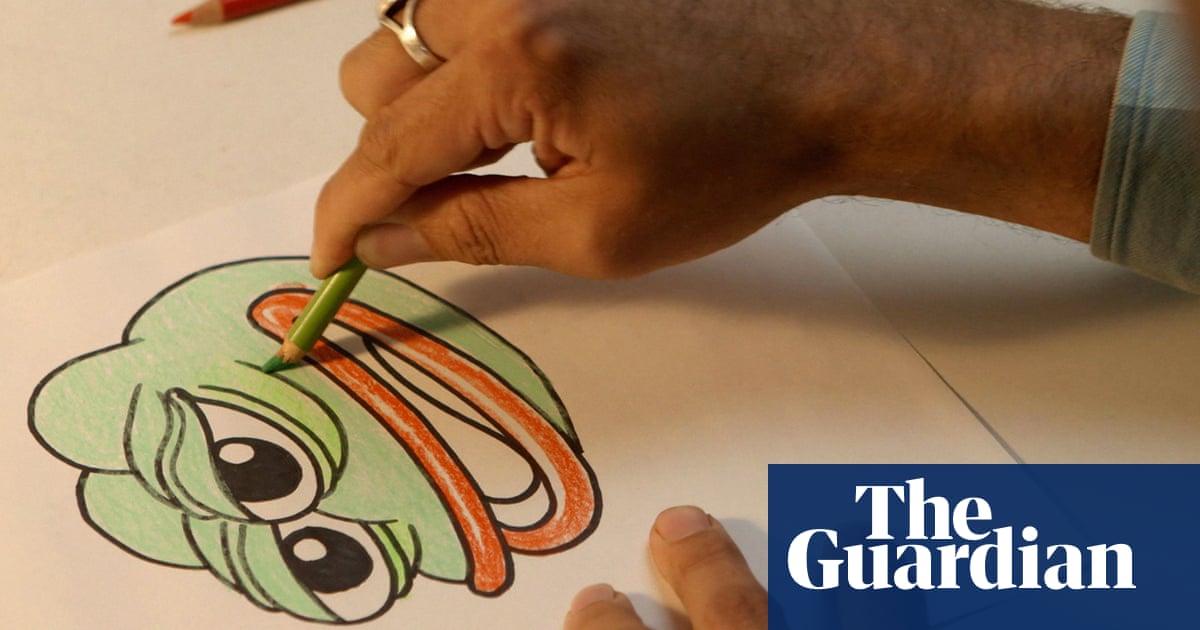 Feels Good Man: the disturbing story behind the rise of Pepe the Frog

Don’t mean to be condescending (because I’m guilty of it sometimes, and our politicians willfully muddy the waters). But much more accessible, up to date and well enforced online education would stop 99% of yer da’s accidentally believing a russian bot advert and/or david icke rabbit holes

Aye… mum/dad will occasionally pipe up with Silly Opinion X, and when challenged will say “read it on the internet” and, if pressed for who wrote it, the answer is “it’s just on the internet”.

had that conversation many times with auld ma ruffs
oh the internet! they dont let just anyone post on the internet

Good rule of thumb: avoid anyone with a photo of a classical statue or bust for a profile pic.

The sort of people who mansplain argue with Mary Beard on Twitter and turn out to have no ancient history education whatsoever.

And when they’re not doing that, they can be found in the mentions of Guido Fawkes making racist comments about Diane Abbott.

It’s a busy schedule of being an arsehole

or purveyors of vapourwave belters

The only good use of classical statuary online

Yeah so you agree with me?