When did you last officially complain about something

Cause
Had ordered a pizza last weekend, once we got it home we realised they’d given us the wrong order - a pepperoni when we ordered a veggie option. I still enjoyed it plenty but given the person I was sharing with is trying to go veggie … problematic. Also their site said a 30 min wait before we ordered, which was bumped up to 1.5 hours after we’d paid.

Result
Emailed the manager of the shop, he said he’d talk to the staff to try to ensure it didn’t happen again, as well as looking at updating the time tracker to make it more accurate.

Also got a £20 voucher to use with them in future

DISCLAIMER: I did make sure to reply and say I understand that mistakes happen when it’s busy so I didn’t want anyone to get blamed for anything. But for us it was just a preference issue with the order, I knew they’d want to sort this in case it happened again with someone with much stricter expectations/allergies etc.

Don’t think you’re supposed to publicly comment on these things but fuck it: reported a local Labour councillor for transphobic stuff on Twitter through the internal party complaints system.

He’s since resigned in a huff after the local party proposed a motion supporting trans rights, so he can get absolutely fucked.

Actually this isn’t really complaining is it, it’s just saying ‘you didn’t give me what I paid for’

Last deliveroo order I had, didn’t include the extras I’d paid for and took over an hour and wasn’t hot. Haven’t followed it up mind

Cause
Our building is undergoing work to replace dangerous cladding, as such a temporary site entrance has been constructed directly outside the entrance of our building making it very difficult to find. This led to paramedics taking 10 minutes to locate our actual entrance after being called out which, thankfully, didn’t lead to big issues but absolutely could have done.

Result
They put some laminated signs up

You should have, it’s very easy to do via the app and they refund you immediately (well, they give you credit)

Last time I properly complained was when the never ending sewage works directly underneath my bedroom decided to wake me up at 7:30am by tipping a delivery of large stones from a lorry into the ground, this waking me up on a huge panic that the world was ending or something. Flung the window opened and gave them a mouthful in a still half asleep confused state

Uber eats a week ago, they got 2 things wrong on the order and I did the complaint on the app expecting nothing but they refunded it immediately which was good

Used to do complaints as a job and as a result I will never complain about anything. They could douse me in kerosene and throw a lot match at me and I wouldn’t complain.

Time
A few weeks back

Cause
McDonalds forgot my order of chicken nuggets.

Result
£5 voucher in the post i’ve yet to use

Cause
Hellofresh box came with a soy packet smashed over everything.

Result
half refund on the box and 30% off next box.

Didn’t use the app

thank you for #RTF

thank you for #RTF

I am currently locked in a complaint battle with a major e-petitions website, because a petition aimed at the person at the very top of my organisation has my email address listed as the contact, and they claim they can’t remove it.

Had an issue with uber once, with the app not the driver and made it really clear in the complaint that it wasn’t the driver’s fault and that it was an error with the app, and I told the driver too that when telling uber I would explain that it wasn’t his fault at all and he was visibly relieved which made me sad, they must get so many dickhead customers who don’t pay attention to the issue and just complain without caring if the driver gets implicated

Yeah I’d just put in a complaint for the missing items and not the time taken. Not that arsed

I’d be wary of it ending up giving the driver a downgrade though.

Yeah this is just horrific to read during our lockdown 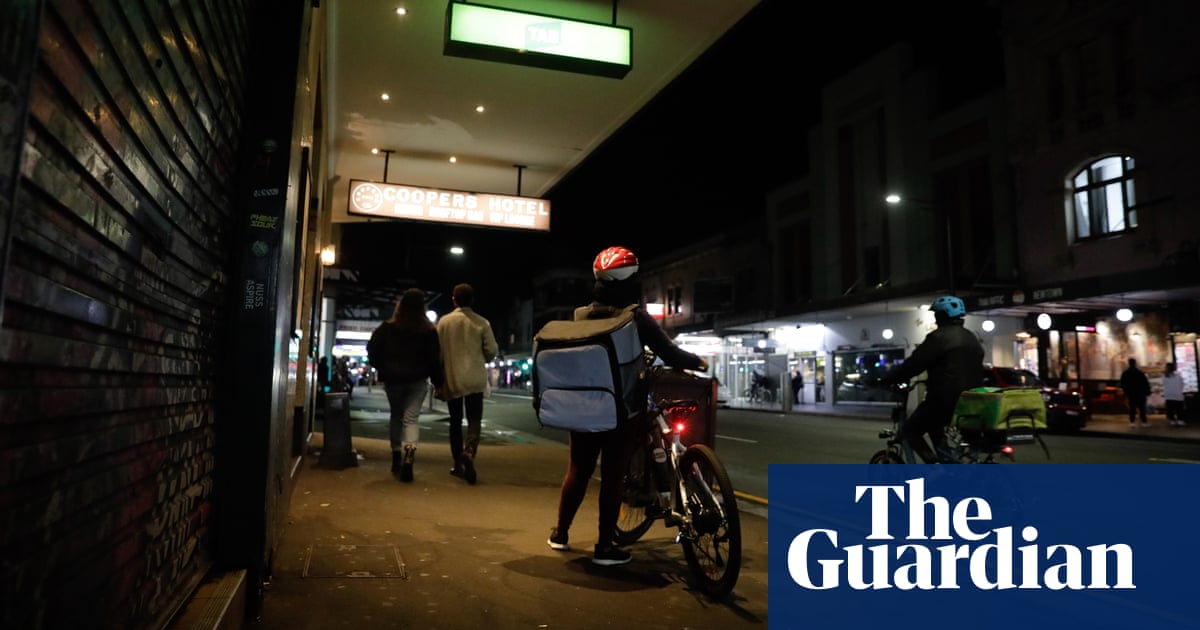 The boom in food delivery during the coronavirus pandemic has brought a stream of new workers into the precarious gig economy. One tells her story of a typical week

“DO NOT KNOCK. YOU WILL MAKE MY DOGS BARK WHICH WILL WAKE MY HUSBAND WHO DOES SHIFT WORK.”

This was the note attached to my first order of the day. I am always super quiet when I get something like that. I normally park a few houses away, drop off the order and then text them when I’ve dropped it off. The risk is the customer could claim they never got the SMS (or the food) or that they’ll make a complaint to MenuLog about you texting them, which made the dogs bark, which then woke the husband.

Too many complaints to MenuLog mean your account can be revoked. Revoked means no work. No work means no money.

Pending. Fingers crossed they’ll just fire her into the sun?