When do you think was the last time a wah pedal was used unironically?

was thinking of that Santana song Smooth, that probably has wah on it right? That was about 2000 I think

Feel like that song is pure irony though. Insanely meta

I literally used one last week!

Also bam because this will be a relatively quiet thread, maybe you’ll like these guys 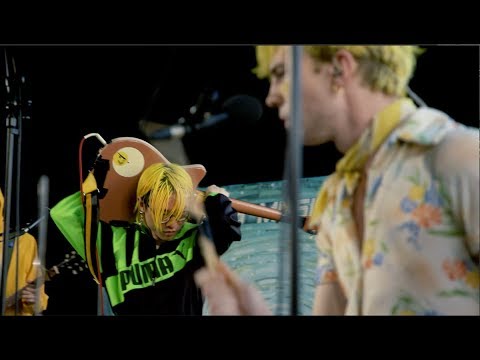 this will be a relatively quiet thread

This would be pretty nice without that ridiculous tremolo/pitch wobble on the guitar part. Turn it into a nice shimmering chorus instead and we’ll talk

I thought of the song because I quite like that they’ve used a shit effect brazenly. Felt like what Of Montreal would be if they were slightly less affected

I think I used a similar effect in a track once but it was different and better because:

Did you hang in there for the solo? He’s almost definitely got an EHX organ sim on that

I think I used my ridiculous Moog Chorus pedal , really quick delay time. Really wanted to try and justify such an expensive pedal, when ordinarily I just like a tiny bit of tasteful chorus

and yeah I did listen to the whole track, I was enjoying the vocal harmonies and the general groove but everything was half drowned out by mr. plinkywaaooowah effect.

Fair: they tend to do mad fx on everything but never the same sort so maybe other wooze will appeal to you

if there’s wah on this then it’s pretty subtle

It’s a slow filter sweep on the lead part in the chorus.

I don’t think it should count as wah unless there’s a bit of chikkawauumwaaah in there y’know?