When was the last time we talked about continuity announcements and idents on tv?

I haven’t watched live tv much in ages (normally just have v shows injected to my brain via the internet) and felt a bit nostalgic seeing the BBC 2 ident (I think that’s the right name), it must be years since they updated it.

Martin Parr’s done a few of the new BBC ones.

Continuity announcer strikes me as a piss easy job

saw him once in M&S in Ballyhackamore when we were both buying our dinner.

BBC 2 have went back to using the ones from the 90s haven’t they?

I’d like to do that job, how much do you get paid?

oh right, that would explain it

I’m not a continuity announcer 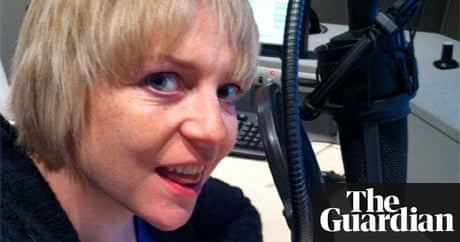 How do I become … a continuity announcer

Claire Gibb, who talks to millions of people in their own living rooms every day, on how she got her big break

The BBC Two '1991–2001' idents were broadcast from 16 February 1991 until 19 November 2001, and again since 9 July 2014, on BBC Two in the United Kingdom. The idents, which consist of a sans-serif '2', accompanied by the colour viridian, were created by branding agency Lambie-Nairn (and later, BBC Animation & Design), who also created the Channel 4 logo. The ident package was retained following the corporate rebrand of the BBC in 1997 with a new logo and new idents commissioned. They were taken o...

i’m going over there to talk to hyg now

the bbc did a novelty one on saturday before doctor who, with the continuity fella being attacked mid announcement by a cyberman. good times.

dunno why i’ve replied to you there @foppyish, soz

think he might still do voiceovers but they recently scrapped his on-screen appearances.

plus there’s now a separate UTV Ireland in the republic which he’s not on at all (as David O’Doherty mentioned his disappointment about it when i saw him live last year). i think we get both versions of it at my parents’ house but i so rarely watch either that i still can’t tell the difference aside from him.

this is a very pleasing anecdote.

It would be a bit of a weird job:

“Have you thought about your objectives for this year?”