When you can't decide what to listen to, what do you do?

We’ve all been there. You’re freed up from distractions of work or socializing, and you’re ready to dive into something. An album. But you just don’t know what. You skim your latest acquisitions, maybe the latest downloads on your portable device or latest saved albums in your streaming app. Nothing seems to fit your mood. Haven’t heard that but don’t feel like it. Heard that once and it was ok, not ready to dive back in. Not that either. Nope, no. Keep scrolling, but nothing’s jumping out. Then you become overwhelmed with choice and wish you just had 3 things to pick from. What do you do?

I often turn to shuffle, in hopes of landing on something that fits my mood and then splinter off to the album. Shuffle the whole library (iPhone), shuffle my queue for the current year, or last year. Pick a year at random and shuffle (I have playlists for my favorite albums of each year post 1965, as well as backlogs per year for the same years). One of those is often a good jumping point for me, but as of late with the HGWTY threads I’ve been relying on those to pick a year for me (clearly I’m waiting on the next one right now). Sometimes picking a random letter helps, especially for physical format listening.

So I’m curious, what methods do you use to help pick something? Shuffling can be good but it’s a symptom of too much choice, and not really what I prefer.

Honestly, have a few playlists that are go to playlists. Either my big annual playlist, or mood based mainly. Then branch out from there.

Just put this on shuffle until something inspires me

Tend to have a few go to recent releases/discoveries that I fall back on though.

Anyone who follows the weekly release threads will be aware I cast the net pretty wide for stuff that might be worth listening to, and I add it all to monthly playlists which come to usually somewhere between 70 and 100 hours. I don’t usually get through it all in full but I try to listen to everything that grabs me up front within that month, set myself a target of narrowing it down to an album a day for the album of the month threads on here, so about a top 30 a month.

In December last year I set myself a target of listening back through every month so I could finalise my album of the year list. Well, I’ve got so caught up in giving everything a full listen that I’ve only made a small dent into July at this stage! So any time I have a spare moment I throw my July or whatever playlist on where I left off, and I am only skipping if I really don’t like something. Also set myself a target of taking one song from every album/EP with something worth keeping and adding it to a genre-year specific playlist - forcing me to take a slightly more active listening approach than I might otherwise. I’ll share those playlists for 2021 in the thread I saw at year-end, but might be closer to the end of 2022 at this rate!

Put on a song you hate, then pick something really quick out of desperation.

Put a podcast on

If there’s nothing I’ve saved in the last month and I’m not near record or cd browsing possibilities I just zoom down the saved albums list, always find something i want to give more time to

Start smashing stuff out of anger.

If I’m at home and working I’ll have a look through my CDs.

If I’m out and about I’ll have a quick scroll through my library or my Bandcamp downloads or whatever and see if anything catches my eye, otherwise I’ll put on a podcast

I used to love shuffling when I had an mp3 player or all my music on an SD card but currently my library is a bit fragmented between some albums in my phone’s music player, some in Bandcamp and some downloaded on Apple, there’s not as much fun and excitement shuffling now

Been having this “listener’s block” recently, but curing it by listening to this from 1-10,000. 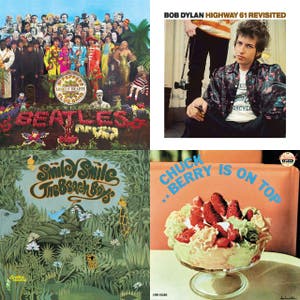 Though any playlist that doesn’t think Statue of Liberty by XTC is in the top 10,000 songs of all time can go to hell

Almost made this thread myself today. It’s been getting harder and harder to pick an album to listen to lately.

The current routine is wasting 1-2 hours looking at my list of albums while yelling out to my wife “I don’t know what to listen to” every 10-15 minutes and then my morning is gone. Shouldn’t be this hard!

Would have been a better title for this thread.