Where should we go?

Happy to move around a bit when there.

where you flying from babes?

Anywhere within a sane train of Sheffield. So any London or Manchester or maybe Glasgow at a push

or off the beaten track in japan too. (go north) or other islands.

Mexico and Japan were 2 of the thoughts.

youd probably fly to mexico city - so its worth having at least 3 days there imo. plenty to see/do - either historical, arty, cool neighbourhoods or day trip to some pyramids. from there the world/mexico is your oyster - due to its history and the way its set up there loads to do whether its other cities or heading off into the country

easy way to look would be google 3 week itinerary as itd depend on if you favour cities, beaches, canyons, history/nature or a mix

Guadalajara, Oaxaca & Chiapas would be on my list though

Buenos Aires from Heathrow then fly/get the incredibly comfy long distance buses to other parts of Argentina, can also fly to Uruguay and Chile if you’re staying a few weeks

Jujuy, Salta and Cordoba are well worth visiting, as are the Iguazú falls, I haven’t done much more exploring than that but there’s so much to see in different parts of the country, plus if you go to Mendoza then Santiago de Chile is just a hop over the Andes

Seems to me like someone wants to go on a cruise

I can’t think of anything worse

South Korea, you can fly direct to Seoul and it’s easy to get to different bits of the country via train and bus. A cool mix of modern cities, historical places, beaches and hiking areas. Great food, abundant drink.

Kyushu is Japan is gorgeous and had a friendlier feeling than the more visited areas. You might need a stopover in Seoul, but it’s a lovely airport for it.

I did this a couple of years ago in Japan, would recommend! 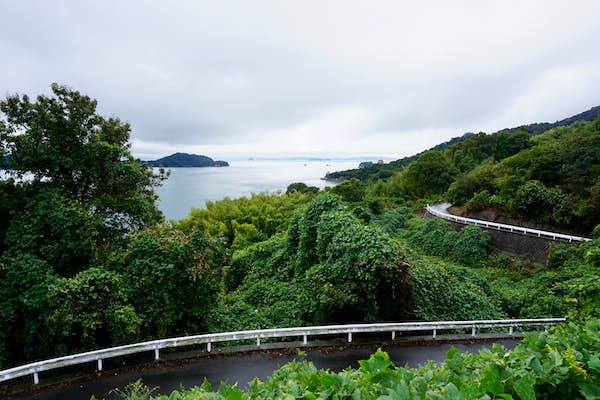 While you can pedal the entire Tobishima Kaido bike route in just a few hours, the coastal scenery of the Seto Inland Sea merits savoring the journey.

I second Georgia. Spent two weeks travelling round the country 4 years ago and its amazingness works on so many levels.

Personally, unless you’re going to Hokkaido, I would avoid anywhere in Japan or Korea in June if you don’t like heat or humidity.