Only just watched the second episode. Her on the Vespa was amazing. Brilliant physical comedy. Loved when she was taking the helmet off. All the bits with Porshia in the restaurants are great as well.

Really like the super awkward chats between the Sullivans and the Spillers. Looking forward to seeing how that develops.

Ooooh, it didn’t really develop very well did it.

Decided to start S1 tonight, so far so intrigued

Sydney Sweeney is enjoyably bitchy, something going on with her and her friend?

Armond is great, hope for some big Nicole Rachel face off

Damn. Was about to strut in here with this as my big theory on what is going to happen!

Assuming they make a third series, I was wondering whether J Coolidge will be there again or perhaps one of the cast from this season, such as Chris Soprano, will provide the continuity. 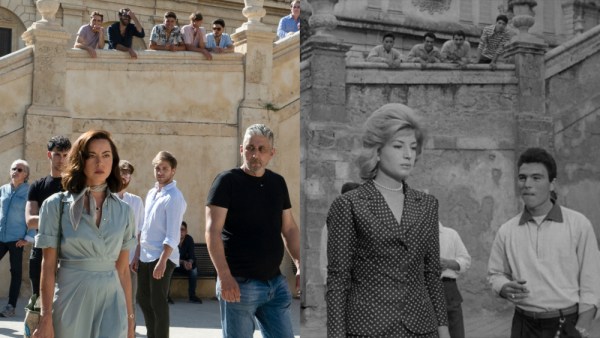 ‘The White Lotus’ Creator Mike White Breaks Down Homage to Italian Cinema and...

On the third episode of “The White Lotus” Season 2, a group of American tourists visits a location from “The Godfather,” which leads to a multi-generational debate about the… 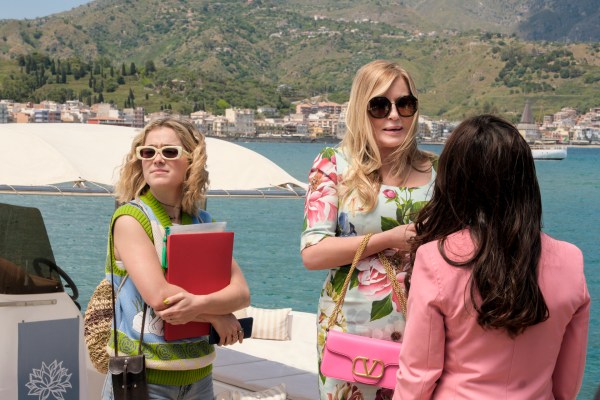 “The White Lotus” has been renewed for Season 3 at HBO. The news of the renewal comes as creator Mike White’s hit anthology series has aired just three out of seven episodes of it…

No, kept deliberately vague I think

Vague, but, assuming there was one in the sea, they also talked of ‘bodies’ plural at the hotel.

Quite interested to see how Tom Hollander fits into the storyline. Just kinda grins a bit in Episode 3 but he’s in the credits so presumably more than just a cameo.

I thought it was three? One in the sea and two more at the hotel? Could have made that up though.

Feel like this episode is a great setup for things to really explode in ep5. All the streams are starting to cross

4 eps of S1. Still very intrigued and feel it’s building but not really fully landing quite yet

That bit where Mia and Lucia couldn’t hear each other and just accepted it rather than just move slightly closer to each other was lazy as fuck. Really incongruous with how deliberate and careful this show has been up to this point

Thought that was a pretty weak filler episode. Still funny in places though, Tom Hollander is having a lot of fun.