Who are the big dogs in your profession?

Like, who are the most famous or influential names in your chosen field? Obviously this thread could get very boring very quickly so maybe just give us the cliff’s notes and a pic/link or two?

I probably couldn’t name five famous film/video editors but the absolute big dog is Walter Murch. Pioneer of the standing desk and author of several books on the extremely interesting processes an editor will go to just to make a single cut.

Walter Scott Murch (born July 12, 1943) is an American film editor, director, writer and sound designer. With a career stretching back to 1969, including work on THX1138, Apocalypse Now, The Godfather I, II, and III, American Graffiti, The Conversation, and The English Patient, with three Academy Award wins (from nine nominations: six for picture editing and three for sound mixing), he has been referred to by Roger Ebert as "the most respected film editor and sound designer in the modern cinem Mu...

Here he is, just casually standing at his edit station. Note the coloured keyboard, that’s how you know he’s a pro. 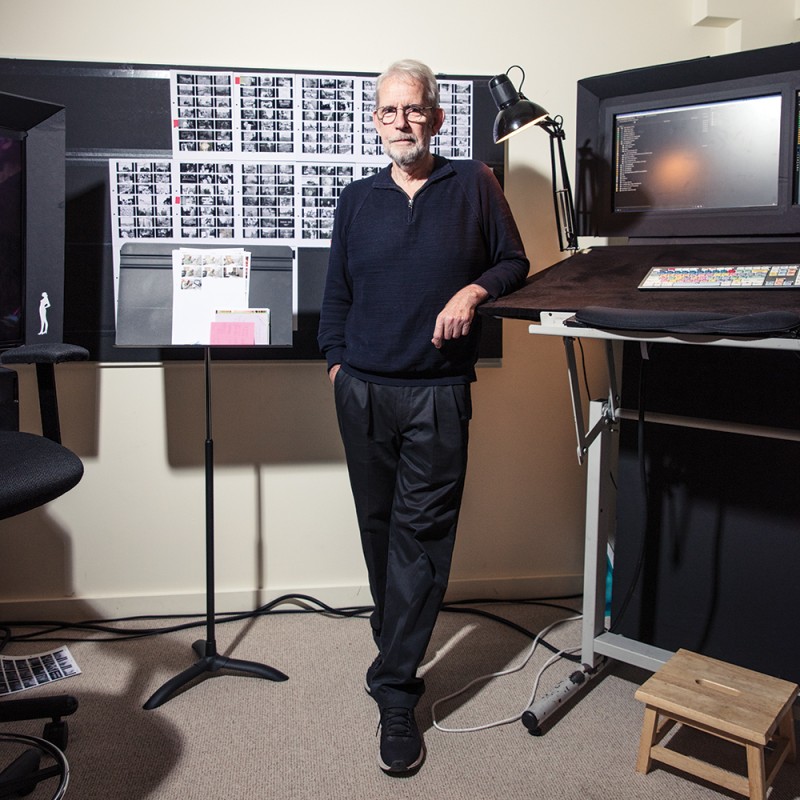 Also author of this snoozefest:

“Most of us are searching-consciously or unconsciously- for a degree of internal balance and harmony between ourselves and the outside world, and if we happen to become aware - like Stravinsky - of a volcano within us, we will compensate by urging restraint. By that same token, someone who bore a glacier within them might urge passionate abandon. The danger is, as Bergman points out, that a glacial personality in need of passionate abandon may read Stravinsky and apply restraint instead.”
― Walter Murch, In the Blink of an Eye: A Perspective on Film Editing

Now you…? No worries if not.

how about your top 5 wise-asses? Fra Luca Bartolomeo de Pacioli (sometimes Paccioli or Paciolo; c. 1447 – 19 June 1517) was an Italian mathematician, Franciscan friar, collaborator with Leonardo da Vinci, and an early contributor to the field now known as accounting. He is referred to as "The Father of Accounting and Bookkeeping" in Europe and he was the first person to publish a work on the double-entry system of book-keeping on the continent.[a] He was also called Luca di Borgo after his birthplace, Borgo Sansepolcro, Tu Luc...

I guess these guys

All white men who got knighted, only 1st one didn’t go to Oxford or Cambridge for post or undergrad.

Fame does not get under the blanket; let tiredness be a stranger to you.

The most famous marketers are all absolute wangs who run websites which make televangelists look shy and retiring.

historical figures are not only eligible but encouraged

it’d have to be DB Schenker’s warehouses in Germany.

Holy mackerel what do they store there? Everything?

So cool that we have a friar in our midst. You should post about that more.

the biggest of big dogs