Who here likes Buffy the Vampire Slayer? STRICTLY NO SPOILERS

Will have to wait to watch it again to comment, but fair enough. Definitely get the thing about both facing completely independent apocalypses though.

Lost it at this exchange. G’WAN GILES. 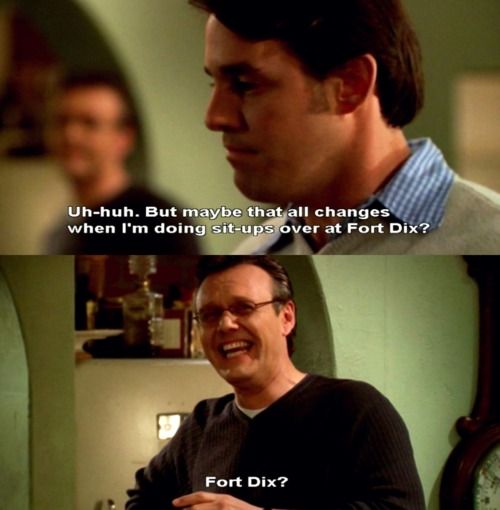 big fan of this giles’ moment 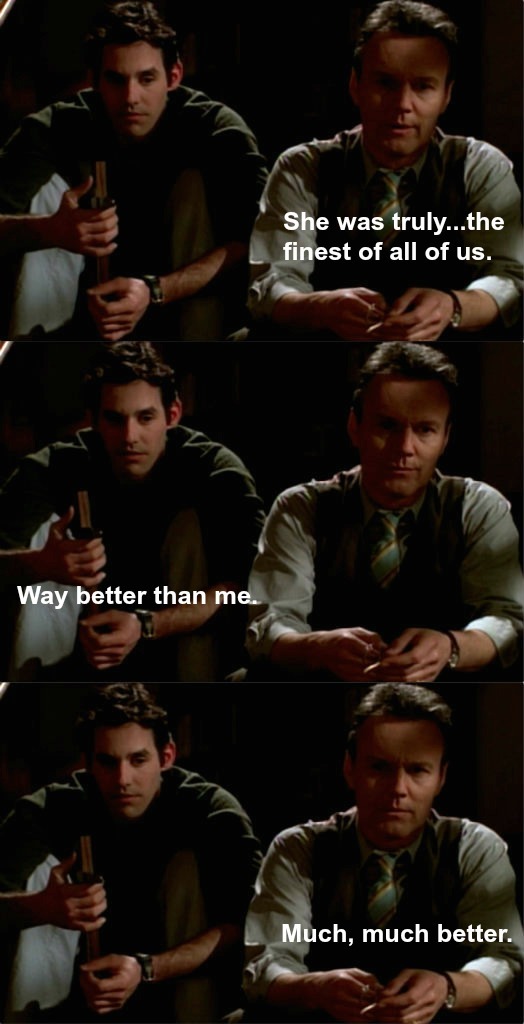 TBF, the Angel/Buffy crossovers were only really in S1 and 2 of Angel before one of them changed networks and I seem to recall S2’s with Buffy S5 is more of an acknowledgement than anything. In those days I think the tone was actually pretty similar from what I recall with Faith being the big tonal dark shift (18-rated two parter in Angel) but that still works from he spiral she was in and the tone of her two episodes in S4’s relatively light style

What I don’t recall comparing (I think S2 sort of got buried by C4 and was harder to watch) is the flashbacks, but I’m told that you get similar flashbacks from Spike and from Angel/Darla in each show on the same nights, but that the two retellings are subtly different.

Nothing has been mentioned about her before now!!! This is definitely some dimensional bollocks.

Nothing has been mentioned about her before now!!! This is definitely some dimensional bollocks.

Just started watching Honey I Shrunk The Kids and Joyce is next door’s mom.

just watched a youtube on ‘things you might have missed’ on buffy. won’t post it as it is full of spoilers, but there was one that I definitely missed regarding Halfrek

Halfrek was Cecily, who spike was obsessed with before becoming a vampire

Was it actually, or did they just use the same actor

confirmed by whedon according to the what culture youtube

It’s all down hill from here.

Don’t listen to this guy

Just finished Angel season 2. Was decent, a bit weird at times and I thought the writing wasn’t the same quality as Buffy, but enjoyable nonetheless.

Are subsequent seasons better or worse than 2?

Was gonna suggest we all do an angel watchthrough together but cba thinking about the logistics. good idea though