Why are planets round? The moon’s not a planet, but seems perfect for us to experiment on for stuff like this. Let’s shave bits off it until it’s a cube (then paint it so it has dice numbers on the sides and we can all use it to guide our choices).

was thinking last night actually as I walked home from the shop, what if the moon just disappeared, like how much weird existential dread would you have if you looked up in the clear sky at night and there was just no moon anymore, and no stars, just an empty dome of nothing.

I’ve learnt something and made a fool of myself, can’t see how anybody could want more from it tbh.

absolutely sick of 'em all. round bastards.

was thinking last night actually as I walked home from the shop, what if the moon just disappeared, like how much weird existential dread would you have if you looked up in the clear sky at night and there was just no moon anymore, and no stars, just an empty dome of nothing.

It’s set on a planet that’s in a system with 6 suns and because of that it’s never night time. Everyone on the planet believes that their planet & the 6 suns are all that exists in the universe because that’s all they can observe. Everyone that is apart from an ancient cult that insists there are billions of suns & planets in the universe but the mainstream writes them off as cranks because where’s the observable evidence right?

So, a rare confluence of star positions occurs and there’s a multiple eclipse that brings the first nightfall in thousands of years & suddenly the sky is lit up with stars - not a few dusty distant pricks of light like we see, this planet’s solar system is in a really busy part of its galaxy, surrounded by star clusters and the like so the sky is really filled with infinite new worlds and everybody goes insane

It’s so they can roll.

All of the stuff about orbits and that are all a result of the ability to roll.

“The earth revolves around the sun once every 365 days…”

It rolls around the sun

that’s where the term “rock & roll” comes from

I’ve learnt something and made a fool of myself

Nah, you knew all along. The answer was right there in the question.

I don’t want to hear any of that tautological shit

I’ll tell you what’s freaked my nut out up until about a month ago - that we only ever see the same side of the moon from earth.

I’m generally decent at spatial awareness and basic geometry but it always gave me the instinct that it meant that the moon couldn’t therefore be rotating. Which I knew not to be the case. I just couldn’t put the movement model together in my head. 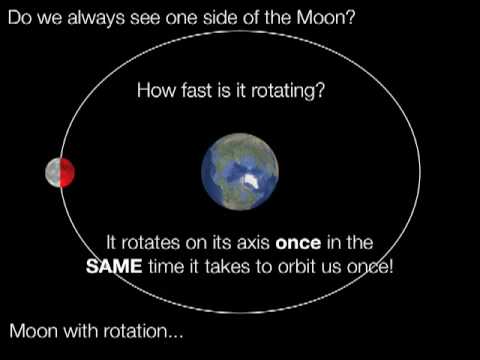 ^This pretty much explained it. I think the problem I was having was that the geometry of it is based on the spin/rotation of the moon exactly matching the revolution around the earth. 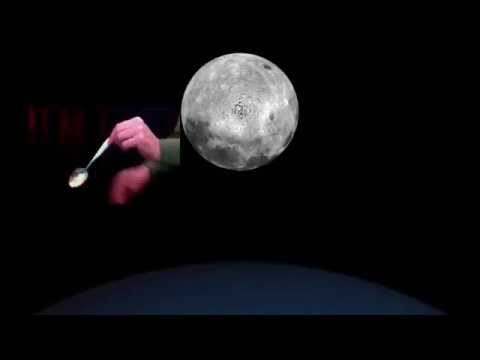 ^This goes on to explain why that is (gravitational pull). It also explains why the rotation of the earth is slowing down (friction between the ocean and the ocean floor - days used to be 5 hrs looking at the time of the earth’s formation, 17 hrs when the dinosaurs were knocking about, and will be 46 hrs in a billion yrs). To the point where the earth will eventually sync up with the moon so that only one side of the earth ever sees the moon!

Very pleased I finally cracked this nut. I needed the extra context of that second video to properly digest it.

so wait does this mean the universe is centrist?!

I believe that the universe is still in a state of expansion, so I’d say it’s therefore moving away from the centre. I think contraction, and therefore the ultimate in centrism is expected in the long run, though. Gets us all in the end innit .

#spaceweek
My favourite thing about space week has been discovering that @froglet is an absolute monster of space. So great to find out about the intricate specialisms and interests of our community.

They’re also not totally spherical- the Earth bulges at the equator and flattens at the poles.

This was actually the basis of one of the questions I was asked at my university interview. It is proof that the Earth rotates within the universe rather than the universe rotating around the earth.

I needed a lot of help with that question.

I was also asked to prove that the internal angles of a triangle add up to 180 degrees. Anyone know how to do that?

Cut off the corners and put them together to make a straight line.