Thought he was from Sheffield.

My eldest brother was 14 when I was born and was a fanatical Gooner. There is a picture of me aged around 1 year old on his bed dressed in Arsenal stuff, big Charlie Nicholas poster on the wall behind. I’ll post it if I ever get round to getting it digitised. I was tiny the first (slightly terrifying) time I sat on the railings in the North Bank.

I have affection for the local smaller clubs wherever I’ve lived, so I look out for the results of Southend, Stevenage, Newcastle and Leyton Orient matches, too.

My dad suddenly realised there was a chance my grandad would turn me into a Rangers fan so swiftly took me to Pittodrie. He picked a good game too: 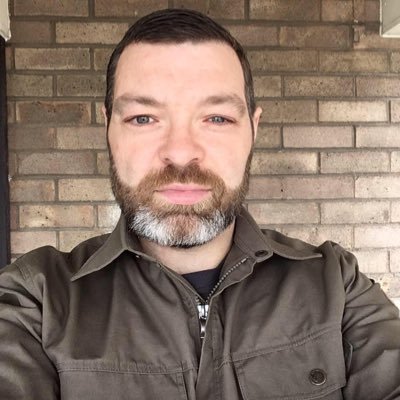 Vowed to support whoever went behind in the first game I ever watched which was the 95 Cup Final that Everton won.

(I was thinking the other day about how the fact that United did this VHS Magazine thing when I was a kid is the main reason I fell in love though, didn’t have Sky, didn’t have a family member who liked football, I guess a club with a big enough infrastructure to do stuff like a VHS Magazine that I could buy with my pocket money is a big factor in why I was able to build a connection with them and the sport)

(Wish I had a local team growing up though fwiw, I pay a fucking fortune on trains)

So Paul Rideout has a lot to answer for?

I used to get that VHS magazine also

I had an edition of that United video magazine (one with Donna Air interviewing some of the 1995/1996 squad iirc). Total bollocks

Motherwell was the first game my dad took me to.

Bolton Wanderers is a stranger story.
One of the first computer games I got for the ZX Spectrum was Football Manager in about 1984. The first thing you do is pick an English team to manage…I picked the team number that matched my birthday and it was Bolton.
After this I started looking out for their scores at the weekend and then when one of my Motherwell heroes,.Andy Walker, signed for them I started paying much more attention to them.
Went down to Burnden Park in the early 90s for my first live game against Leyton Orient. Bolton won 3:1 and Andy Walker got stretchered off with a broken leg!!

Match highlights though, was my only means of watching the game innit.

Chelsea: My father and a few of his brothers supported them in the sixties and seventies, partially because they were a flashy enough club at the time and partly because Chopper Harris was a fucking horrible dickhead. Dad loved football, was banned from playing GAA because he was seen playing football and has hated the GAA ever since. My first ever game was a friendly between Cork City and Chelsea in 1992, still support both teams now.

Deportivo La Coruña: ATD (All Time DiSer) @profk reeled me in with tales of corruption and big dinners and now I’m a Depor full kit wanker. Named after 2 players. My dad broke into the ground with me at a week old to get pictures with me on the pitch, in the dugout and in front of the Stratford end.

First game when I was 3

It’s all his fault I’m a massive dickhead baby about football. Never had a chance

Growing up in West Kent there was no particularly local football team. Few kids at school had family fans of Charlton

but didn’t really fancy either of them.

Then when I was a teenager, my best mate at school’s dad got a job in Croydon for a firm who sponsored Palace and revealed he could get free tickets. Done deal. He used to take me and my mate along to a few matches every season. The three of us carried on going sporadically until my friend and I were well into our 20s at which point my mate’s dad retired and moved to the West Country. My friend and I only went to matches periodically after that. His dad died a few years back and shortly after that he emigrated. As a result don’t go to matches anymore, but enjoy thinking of my fairly random connection to Palace even if it does have a hint of slightly sad nostalgia…

My dad told me and my brother jokingly when I was 6 and he was 4. “Boys you can be two things in life when it comes to football. A NY Giants fan or a loser”. With the current state of the team kind of wish I was a loser.

Wouldn’t that make you both?