Will the vinyl renaissance last? 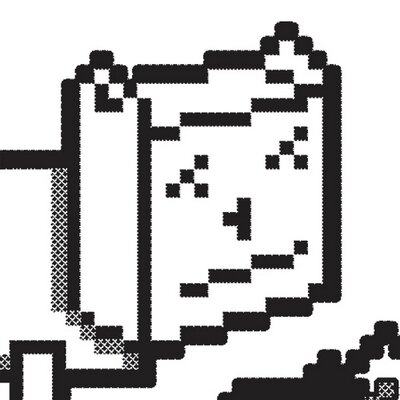 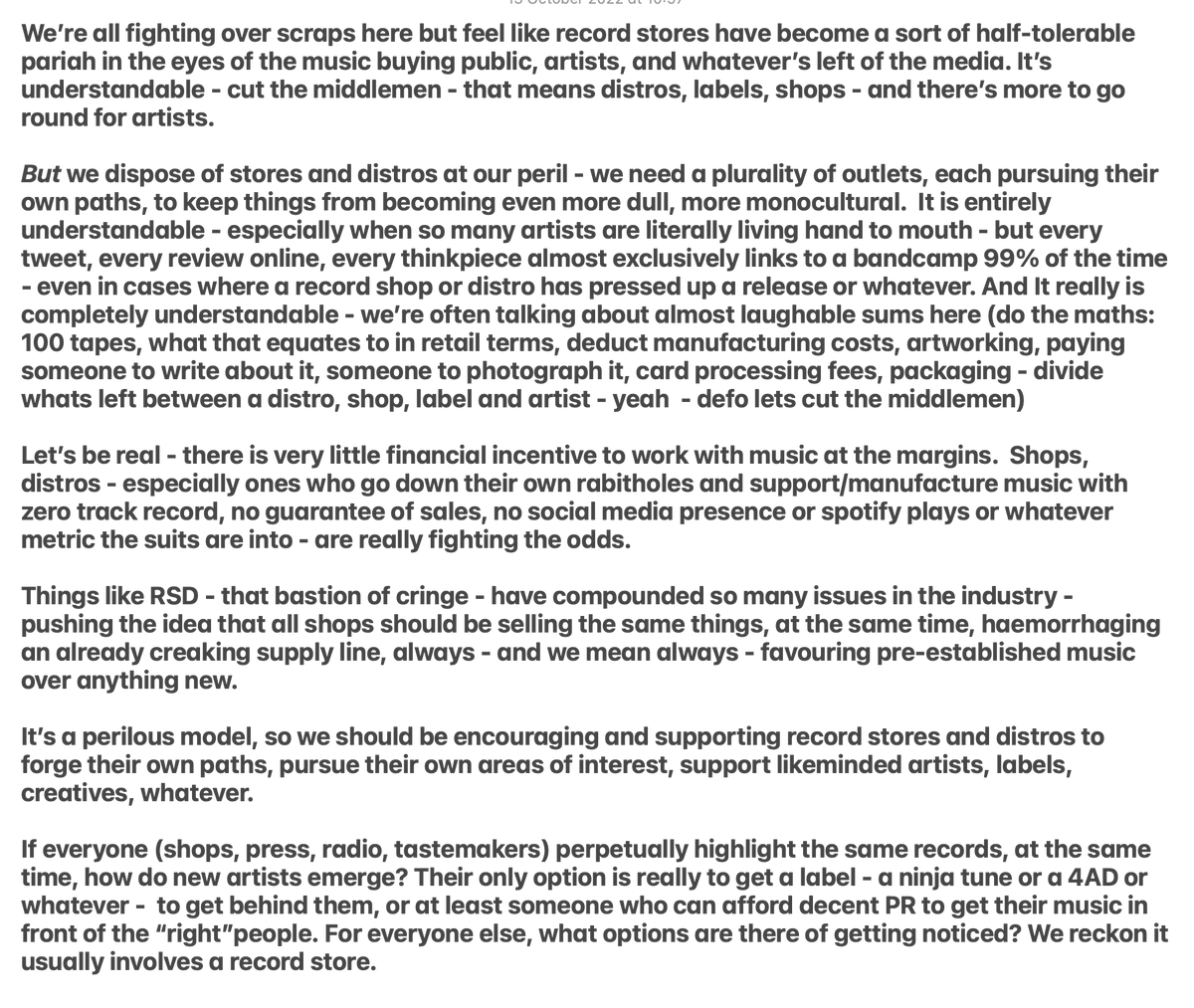 They are really good aren’t they release everything for order on the Thursday so there isn’t a pre order it’s delivered by the following Thursday if there is a strike and they have a better selection than probably any record store in the UK.

They could do with a collect hole in the wall at their office on Swan Street cause I can pickup on a Monday.

Hope they are doing ok, such a great shop.

Love the photography, that you get a download automatically, that they keep selling downloads long after physical copies have gone, shipping is always cheaper than Bandcamp option. And of course the way they support artists.

When I lived in Bologna the little independent record shop there had a ‘boomkat distribution’ section so they definitely have an impact getting artists recognized.

I love record shops and would be really upset if they all vanished, but there’s not much of an argument from Boomkat there, is there?

We need a plurality of outlets, each pursuing their own paths, to keep things from becoming even more dull, more monocultural.

…is about as close to an argument as they get. Our way = bright and colourful, buying direct from artists = monochrome.

I don’t buy it. Which is ironic because I placed a Boomkat order this morning.

I think individual shops can push stuff to a customer base that trusts them, especially local stuff that maybe doesn’t have any label pushing it. Monorail has got me to buy stuff I’d probably never have heard of any other way, and I could just go to the artist’s bandcamp after I read the Monorail email, but then there won’t be a shop to find out about this stuff from anymore.

There’s obviously other ways to find out about new music, but I think local shops can still play a big part.

And these record shops aren’t doing that, but it at least shows the value of places doing curated selections in one place, having loads of interesting related stuff nearby etc. Not the same to just buy things direct from publishers, for better or worse

I’d be upset if anything happened to Boomkat. Don’t use as much these days but the original Pelican Neck as was (in afflecks?) then the online store was so important to me discovering electronic/dance/field etc stuff when i was younger at uni. i owe them a lot for that period (and my type records obsession).

I agree that it’s useful to have places which are more genre and weirdo, and do stock stuff that flies under the radar, but it is a bit naive in this day and age to expect something like that to survive purely on those basis outside of big city/super trendy areas,. You need to sell the Imagine Dragons albums to be able to stock the drone release on an obscure label.

Me too - I was worried looking at that. They’re probably the only record store site I go to that curates stuff to a certain extent and points me in the direction of buying new stuff I’ve never heard of before.

Places like Juno I just treat like a giant warehouse for stuff I already know i want.

There’s this record store in Tasmania that I’ve seen pop up online that only stocks records & tapes by women, pretty cool idea & similar to the bookshops you’ve mentioned Two albums, 30+ variants between them. What the fuuuuuuu……

Wonder how these are doing on discogs.

Our Price were quite beloved back in the 80s and 90s, by people who lived in provincial towns

Speaking as one of those people, if by ‘quite beloved’ you mean ‘considered as slightly better than nothing’ then I agree.

you know there was that Stewart Lee show where he built the set from the now-unwanted DVDs of other standup comedians? and at points just walking over them, with a nice crunching sound 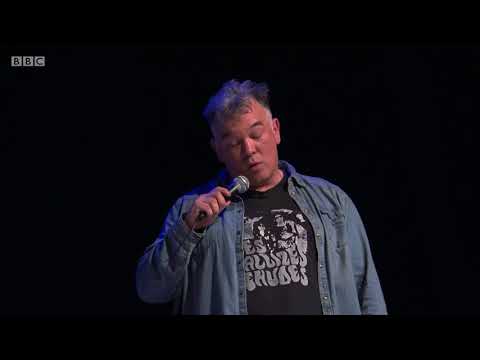 I wonder if at some point a punk band will do similar, where they build the set from the thousands of unwanted physical release variants of big commercial bands

Back in the 90s there was a comedian who played the festival circuit who did just that - records from charity shops, with the audience deciding if the records survived or got destroyed 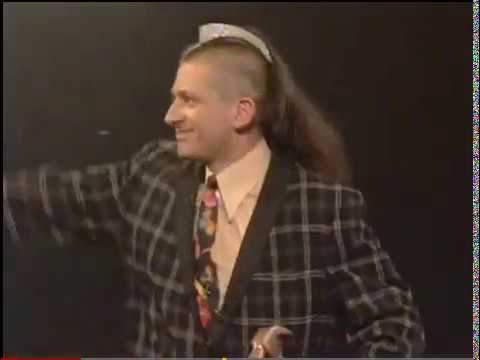 Will the vinyl renaissance last? Music

Having that look and the surname ‘Harris’ can’t have helped.

Cannot believe there was not a single taker for these even at the low low price of £57.

There are 10 Our Price Carl Cox signed T-shirt [sic] up for grab. [sic]
With Carl Cox showing us support we hope you will to. [sic]