I appreciate the work they do but they are too big!! This is one blade!! Fading into the distance like that??? I hate it so much And the movement! I hate it

I think wind turbines and wind farms are quite pretty I absolutely love them, which is odd as i have megalaphobia but these seem to be the exception

I really love them. Loved driving around France and them just being everywhere.

These gave me megalophobia, don’t really feel anything around big buildings but these things really disturb me

Imagine how much electricity bigger ones could generate

Does that second picture not bother anyone?? Had to delete it off my phone so i don’t see it again

like how much better do they look than electricity pylons which we all just accept as part of life and ignore??

Buildings are fine for me too, mostly. Big statues and big ships are the worst but in a weird way that i sort of like being scared by them (but i have thalassophobia more intensely, so sea stuff is a big nope)

It looks like a picture of a germ or something under a microscope.

Had a literal pylon phobia from the age of 6 to 21, i really hate them, i heard a story on the news about one killing a whole family by falling on their car around the same time i read my dad’s textbook for his pupils that showed a cartoon guy getting electrocuted and a photo of electrical burns. That was it, i was afraid of train tracks, sub stations and most of all, pylons for the rest of my childhood. They still make me uneasy

Like looking at them from a distance but being near them gives me the willies.

I think they look brilliant, both in a general brilliant way and also a ‘let’s pretend they are huge aliens invading’ type way. 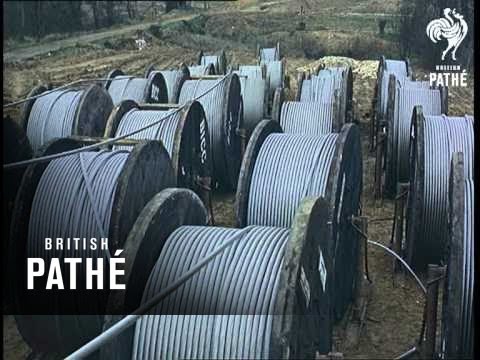