Wish there'd be an episode of Ramsay's Kitchen Nightmares where...

Love it when he makes a run for the toilet while they overdub stomach gurgling noises. And the servers look on in mild consternation ‘Oh My God! Did Chef Ramsay just shit himself from the cannoli?’

I like the bit where you meet the underappreciated and well-meaning son/daughter/sous-chef who knows the owner needs to change but has been brow-beaten. Then Chef Ramsay takes them under his wing and tells the owner they need to appreciate them more.

Just stuck one on. Apparently this cafe is called Hot Potato and is in Fishtown. Stupid country.

there’s a heartbreaking one with a guy who looks and acts like Buster from arrested development. His parents died and left him to run their shit restaurant and he’s rubbish at it and keeps crying and some guy gets hospitalised with food poisoning actually during dinner.

In a stroke of genius chef Ramsay decides to simplify the menu and redecorate the restaurant in a modern, bistro style.

Have seen a few and never had a bad time. From watching the clips above I reckon I might get bang into this for the rest of lockdown

this is a good one, maybe worth building up to it though as it’s a bit high octane. 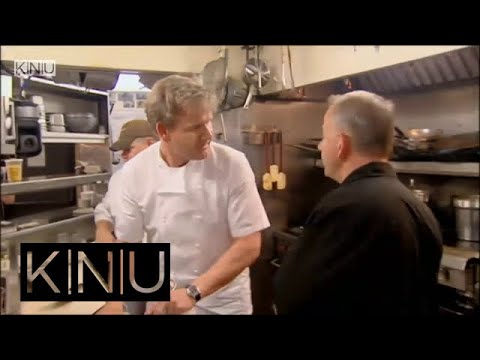 Thanks. Yeah I reckon I will start small and build up to something like that

Don’t wanna try and make a soufflé before I can chop a strawberry, as Chef Ramsay would probably say

There’s too much stuff on the menu guys, how are you meant to be able to provide all of this at good quality? There must be… fuck me, at least 800 items on this menu! EIGHT HUNDRED FUCKING ITEMS HAVE SOME SELF-RESPECT FOR FUCKS SAKE

Where are you based? Texas? WHY ARE YOU SELLING FUCKING ONION BHAJIS YOU LITERAL CUNT?

The bit with the mini carrots

There is a fascinating social history dimension to Kitchen Nightmares USA, the vast majority of restaurants he visits are places where kids have inherited the business or are trying to take it over from their immigrant parents, the parents probably never wanted to run a restaurant in the first place but it was the only thing they were able to do, now the kids have no interest in keeping it up but feel obliged because the the sacrifice they’ve seen their parents make. All these places end up shutting because none of them actually want to run a restaurant, and it’s probably for the best. 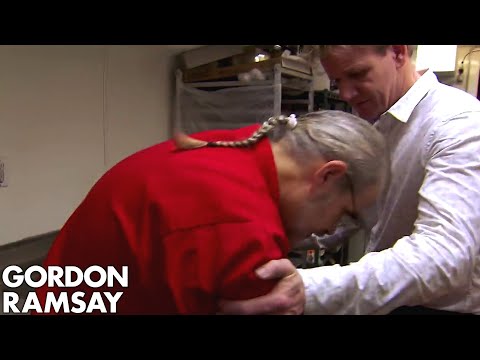 “It’s like you’re a little magpie, a little spoilt fucking magpie that’s going round picking up little bits of glitter and running back and getting your army to expedite it for you.”