Just as an added extra…Expo 86 is actually seriously underrated.

Shut Up, I am Dreaming and the Wolf Parade debut are both classics to me, but I’ve never gotten on with anything else. Think I need to try again.

A real shame that we’re never going to hear those songs live again now that Dante has left. Opening a show at the Electric Ballroom with Cloud Shadow On The Mountain was a total blast.

Hm. I should probably give it another listen. Thought it was very boring on a first listen. I’m a big Boeckner fan, but I thought his songs were pretty weak. Decided he was going through the motions on this album and saving all his best stuff for his own projects.

Then again, given pretty much every single WP fan in the world bar me rates Krug way more than Boeckner, maybe the fact that people are liking Boeckner’s songs on this album is confirmation of my initial assessment.

Edit - I didnt realise u were responding to a Sunset Rubdown post!

thank u i am enjoying this

Thought it was very boring on a first listen.

I felt this way too at first, I didn’t even want to return to it. For about four or five listens it felt like there was absolutely nothing there, like they had made an album just because it was contractually time to. But then it surprisingly all clicked it once. It’s still missing the big peaks of the earlier albums - there’s no Dinner Bells or Kissing the Beehive or Cave-o-Sapien - but it’s very solid.

Yep, seeing them in the Button Factory. I’m surprised to see that it’s not sold out yet, while I’ve been desperately trying to get my hands on a couple of tickets for (Sandy) Alex G in the same venue for the past month to no avail.

Any Boeckner song can benefit from krug yodelling in the background

I’m not so sure actually. I prefer Krug’s projects overall (probably one of my top 5 artists OAT), but I think there’s a general consensus that both him and Boeckner are equally important to WP as a band

Nice one.
Quite like Button Factory.
You’ll have to join us if we ever ger the Ireland crew out for a meet up.

To our dear fans in Europe and the UK,

Wolf Parade is sad to announce we have decided to cancel our upcoming tour overseas. Due to the sudden rise of COVID-19 throughout different regions we were scheduled to play, and the current volatility of the situation, we feel strongly that it would be both globally irresponsible and potentially risky for the band to carry out the tour at this time. The amount of major airports, international driving, and crowds of people we would be interacting with – they all combine to form what is ultimately a bad idea; a recipe for a potential worst-case-scenario in which we could end up being unknown carriers of the virus across multiple borders, or end up ill and/or quarantined ourselves overseas. We did not arrive at this decision easily, but in the end, the band and our team all agree it is the right and responsible decision. We hope you understand.

A rescheduling of the dates is already in the works, and all current ticket holders will be refunded for the cancelled dates. For now, we will wait in hopes that this virus passes quickly and that all those already affected pull through. All the best – WP

Balls. I wonder whether this is a sign of things to come.

Such a pity… had booked a nice hotel for an overnight with the tv. And booked the next day off work too.
Hope we can make the rescheduled dates.

Yeah a real shame… was looking forward to popping my Wolf Parade live cherry after missing them so many times over the years; the wait will have to go on.

Hard to know if this is a blip or I’ll be scratching quite a few gigs off in the coming months. 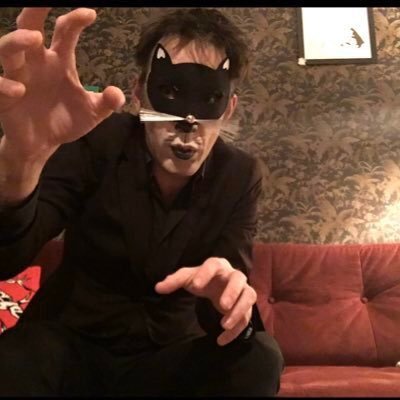 Jabroni and the Air-rifle

Defo the most Wolf Parade of the Handsome Furs albums.