First game of the season is Arsenal vs Brighton tomorrow night. You should expect a comfortable Arsenal win but at the same time friendlies are completely behind closed doors for the women, don’t even know who they played, so don’t know the extent of each teams’ preparation.

Elsewhere Man United play Reading, City are at Villa Park, West Ham play Everton in probably the tightest match up of the weekend, Leicester host Spurs and newly-promoted Liverpool host Chelsea and will probably get battered.

Not gonna do a whole season prediction thing like in the men’s threads but, much as it pains me to say, it’s likely this season is gonna be a quite straightforward one in terms of outcomes. Chelsea won by a point last season over Arsenal but have strengthened with 4 new signings - defenders Eve Perisset and Kadeisha Buchanan, and midfielders Johanna Kaneryd and Jelena Cankovic. Meanwhile Arsenal have only signed one player this window, forward Lina Hurtig, and tried to make a couple other signings but didn’t manage to pull it off. The one thing we’ve got to hope for is that this is Jonas Eidevall’s second season as Arsenal coach - he made a couple mistakes last season which cost us, which I think he’ll have learnt from, and he’s also had a full season to bed in his style. My prediction is it’ll be close between us but not as close as last time, and Chelsea will probably be at the top for most of the season and we’ll be fruitlessly chasing, which isn’t all that fun really. But here’s hoping I’m wrong. The only saving grace is that Chelsea tried to smash the world transfer record (again) to sign Grace Geyoro from PSG but weren’t successful. That said, they’ll probably do it in January so whatever.

Elsewhere Man City have lost literally all their midfielders. They’ve brought a lot of players in but I can’t see how they’re going to replace a midfield of Kiera Walsh (off to Barca), Georgia Stanway (Bayern) and Caroline Weir (Real Madrid) with anything approaching similar quality. I would’ve said that would open the door of the final CL qualification spot to United, but just today they’ve gone and sold their best midfielder (Jackie Groenen) to PSG, and the English transfer window is already closed so no chance to replace her. So I would expect 3rd place to finish some distance behind 2nd this season - it’ll probably still be City or United who manage it, but the door is open to a Spurs or maybe West Ham or Everton, depending on how their transfer windows went (honestly I don’t know, please fill us in if you do).

Just thinking about Arsenal (duh) and there’s actually a couple more reasons to be hopeful we’ll be better this season. One of the things that really fucked us was when Leah Williamson got injured mid-season last year, we lost a lot of games in that period (including a terrible 2-0 defeat at bottom-of-the-table Birmingham that essentially cost us the title). When she wasn’t in the team there was no one at the back with similar stature, quality or style to take control. We signed the Brazilian captain Rafaelle in January but she was carrying a muscle injury for most of the second half of the season, however when she was in the team she looked quality. Hoping she’ll be fully fit for this season, a pairing of her and Leah will be pretty formidable but when one isn’t in the side we should still have enough quality to not be so affected as last season.

Another difference, I’m hoping, is our no.6 Lia Walti. For the first two thirds of the season she really struggled to adapt to the new coach’s style (I think our best football last season came with her injured, when we had a midfield of Frida Maanum, Kim Little and Mana Iwabuchi). But in the final third of the season she was fantastic, she’s one of the best no.6s in the game and I’m hoping she can carry that form into this season because it’ll make such a difference.

As ever though, with Arsenal, we just don’t have the same depth of cover as our key rivals, so success will depend almost entirely on who we can keep fit in key periods.

So we’ve gone straight on to matchday 2? Will these games end up being rescheduled for right at the end of the season or squeezed in somewhere else?

Probably squeezed in before then. Because they play relatively infrequently, it’s hard to say when that might happen as there are so many weekend gaps in the schedule, but if I were an FA bod I’d probably put them in November when England definitely aren’t playing as there will be fewer domestic games on.

I’m off to Crystal Palace v Southampton on Sunday at Selhurst Park, hoping to see Arsenal v Man Utd at the Emirates in November too (had tickets for the Arsenal game next weekend but then they moved it to the Saturday which I couldn’t do) - quite a few of my non football friends got into the Euros over the summer and are keen to go.

Hopefully Chelsea v West Ham gets rescheduled for a date I can make, as I wanted to go to the original game but couldn’t make it. It’s really exciting that more of the games are being played at the league grounds and hopefully there will be real growth in the crowd sizes this season.

Elsewhere Man City have lost literally all their midfielders.

Terrible squad management. I’m guessing a lot of this is Gareth Taylor not being very popular to play for. But also how close that core of players in (add in Lucy Bronze, Jill Scott and Ellen White), and once a couple left, others saw that the opportunities elsewhere were much better.

Had similar thoughts, but now I’m not so sure. Seen nothing of Taylor to suggest he should be in that job, and it’s disappointing to lose a core of English players now, but there are extenuating circumstances - White and Scott retired, the Walsh fee was far too good to turn down, Bronze’form since returning had been mixed. The only disappointing departure really is Stanway, who’s a massive loss.

Also think there’s a chance some of those brought in are actually quite progressive signings. Fowler in particular sounds very highly rated, and a couple of the signings from Spain look to be very experienced.

Don’t think they’ll be anywhere near Chelsea, but at the same time can’t blame them for rolling the dice given they’ve fell short so regularly.

The only disappointing departure really is Stanway, who’s a massive loss.

Caroline Weir’s pretty amazing isn’t she, basically holds a goal of the season competition all by herself

Good shout. Forgot about her.

Arsenal 2-0 up against Brighton after 50 minutes, Brighton were down to 10 after 5. Brighton a hard team to break down under Hope Powell but I’d expect another 3 or 4 now

So this turned out to have some substance after all. Just insane 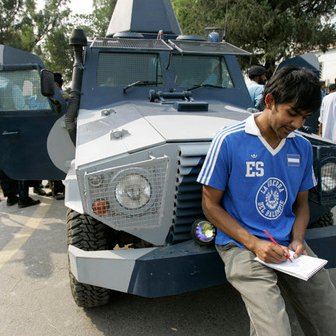 Finished 4-0. Lina Hurtig came on and didn’t do much but I like her Presence

3 mins in and 1 goal down already

wish there was more than the one camera angle, still not sure what happened with the first goal or if the penalty was right.

Got excited thinking we just saved a goal but we didn’t, in fact, save the goal