City have brought a few forwards in this summer - Caroline Weir from Liverpool (who’s just scored an absolute blooter on the telly), Lauren Hemp from Bristol City, Tessa Wullaert from Wolfsburg, and Janine Beckie from…America, but Nikita Parris is doing the business.

They’ve had quite a good start, though, but were knocked out of Europe in the first round which was a bit of a shock as them and Chelsea had been the best of the rest recently.

I just use these generally for news…

Can’t say I’ve followed it that closely recently but gonna try to go to a few matches, rather that than choose a Dutch mens team to follow. Off to Netherlands - Switzerland world cup play off in a few weeks

I always want to follow the WPL and then miss the highlight show.

That’s a big big game (or two, to be accurate). The World Cup without the European champions would be unthinkable.

Nice one Bugduv, thanks for the link

Arsenal maintain their 100% start to the new season by inflicting Chelsea's first WSL defeat since May 2017.

It’ll be good if Glasgow can do something against Barca. Chelsea playing Fiorentina as well.

Glasgow losing 3-0 to Barca at half time.

I’m thinking of combining my cycle holiday next year with the Women’s World Cup in France.
Looking forward to the draw on Dec 8th to see where Scotland will be playing.

Have they qualified or is the answer ‘Dalmarnock’?

Arsenal have scored 27 goals in their first 5 matches!

Yeovil got their first win of the season against Everton today. Well pleased!
Going to go to their home game against Man City. Really looking forward to it

Steph Houghton seems a great egg.
hope she gets a good reception today, can’t imagine what she’s going through at the moment with Darbs’ illness

Oranje found second half holes in the Swiss defence to lead 3 - 0 after the first leg in the WC play-off final in front of a sold out crowd. Return leg is on Tuesday in Schaffhausen.

Going to go to their home game against Man City

This was great! Lost 4-0 obviously but still.
Most impressed with City’s Tessa Wullaert in the first half and Yeovil striker Olivia Fergusson in the second.
Steph Houghton is pure class - an excellent England captain. Nikita Parris is very, very quick. Yeah, WSL. 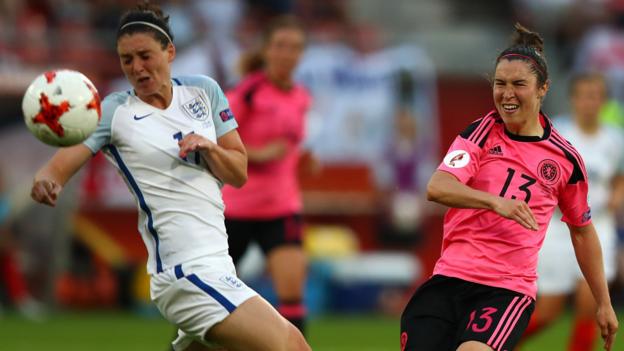 England and Scotland are drawn in the same group at the 2019 Women's World Cup in France, along with Japan and Argentina.

9th June is something to look forward to.