I’ve heard about it before, before these pictures are pretty incredible. Makes Reading '05 look tame in comparison.

I can smell these pictures.

What’s the closest to Lord of the Flies style anarchy you’ve come? I was at the Italian World Cup celebrations in Rome in 2006 and genuinely thought I was going to get trampled by a mob waving flares and singing Seven Nation Army, but somehow made it out.

AC Milan v Perugia at the San Siro in 2002. I was the only woman, genuinely terrifying and had to leave 5 minutes before the end because I was certain I’d be trampled to death otherwise. Complete lawlessness on the terraces and a world away from British football.

What’s the closest to Lord of the Flies style anarchy you’ve come?

The queue to get on the local buses in Oxford when the language schools were in town.

What’s the closest to Lord of the Flies style anarchy you’ve come?

Queuing to get into Bloc at Victoria Docks. Think it’s the only time I’ve ever genuinely been worried about dying.

I remember the threads on that. Sounded horrendous.

Probably the Leeds Festival 2002. We were camping in the field with the riots and burning of the toilet block.

Police condemn "sustained, determined and mindless" violence which marred the end of the Leeds music festival.

There have been a few other occasions while on protests and stuff, but is it ‘Lord of the Flies anarchy’ when it’s the police charging at you?

Oh god, it’s got much, much worse since then, and they’re about to open a new shopping centre with a John Lewis. # prayforoxford

I guess we can widen the criteria.

Thought of another one:

The Vitra sale. This is not an exaggeration:

Soon afterwards, though, things descend into chaos. Excitement and lack of sleep appear to have got to some of the shoppers as they sprint towards the bargains at the back of the showroom. A man flies through a pile of chairs, sending them crashing into a wall. “Just calm down, please!” bellows a shop assistant, in hope rather than expectation. I bump into one of the UK’s leading young architects, who waves a fistful of white slips at me. “My friends were at the front and they just grabbed every label they could see,” he cackles. “So I’ve got a selection of Eameses. It’s absolutely hilarious!”

At the cash desk I meet Arnaud Payet, a translator, who shows me his purchase and then lifts his trouser leg to reveal his red badge of courage: a rather nasty two-inch gash he received in the process. “We were just two people fighting for the same chair. He was behind me and pushed me. I tripped over and there you go,” he says as blood trickles down his leg. 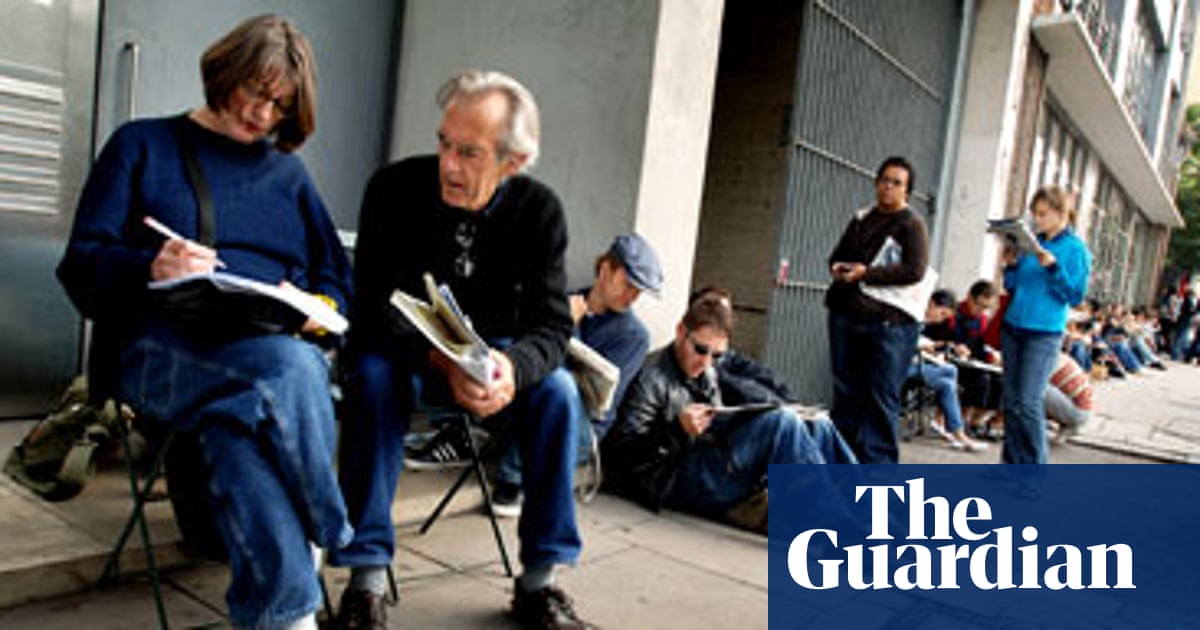 People queued for days, and when the doors finally opened blood was shed over a chair. Who would have guessed Britons could get so worked up about furniture? Grant Gibson joins the melee at Vitra's annual sale.

I bump into one of the UK’s leading young architects, who waves a fistful of white slips at me.

Wow. What a #humblebrag.

It can descend into silliness, but it’s where we got our Eames chairs for less than half price, so ¯_(ツ)_/¯

Yeah, fair enough. How long did you queue for that? And, if you don’t mind me asking, how much was it at half price?

those 90’s Woodstocks were just generally a bad idea, in retrospect!

A year or two after this, they fires after 6pm on the sunday became a banned act. I remember having to stand guard on the tent while my now wife had a nap… we were camped right near a tap, so i joined in the fire hydration process, getting pretty damn adult with some of the little blighters. I guess that’s what seeing Radiohead makes the kids to these days.

READING Festival campers have described how they fled in terror after witnessing mobs burning tents and attacking officials.

people are bananas for those chairs

It was about three hours. My girlfriend woke up early anyway and went for a run, going past the shop at about 6am, I think, and joined the back of the queue, gave me a ring, and I did the same.

The chairs were about £180 each, iirc. They were the DAR chairs: