Game 4 just got underway between champion Carlsen and challenger Caruana. Games 1-3 have all ended in draws. This one has had a bit of a spicy start, they’re playing an unusual variant of the English Open.

Anyone manage to bag tickets to go down watch a game? Who are we backing to emerge victorious? Can follow the guardian liveblog of it here. 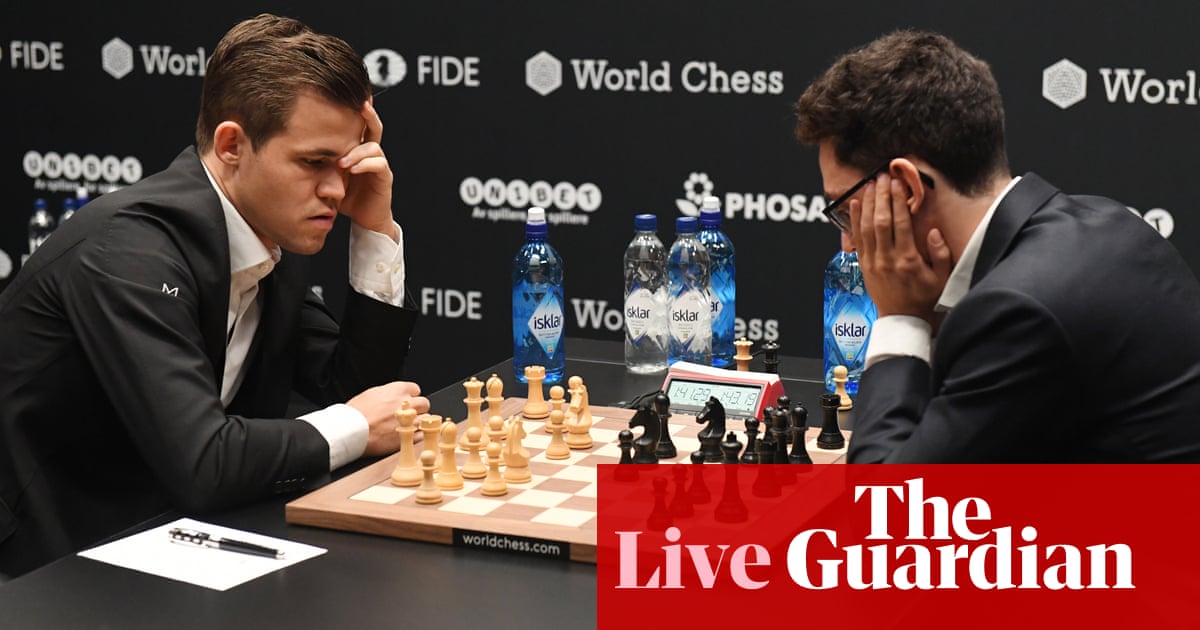 Magnus Carlsen and Fabiano Caruana play to bloodless draw in Game 4 – as it...

As it happened: Magnus Carlsen and Fabiano Caruana played to a straightforward 34-move draw in Game 4 of their world title match in London

I watched a documentary about chess once and then convinced myself I was going to follow this.

Thanks for this, I’d forgotten to check, mate

So based on the 90 minutes of my life I spent watching that and another 20 minutes on Wikipedia, is it right to say that an unconventional deviation like this is the kind of thing that Carlsen thrives on because he prefers to reason out board positions rather than playing by rote?

i just watched the bobby fischer film with spiderman as bob.

wasn’t very good but made me want to play chess.

There’s no strategy in football, obviously.

preferred ‘Netrunner and Kickboxing’ myself

I’ve heard some really weird things about what a ticket to be a spectator actually entitles you to:

This is quite an eye-opener. This is pretty special too. I'd be surprised if this was entirely within the law, although I don't ...

Reckon he’d kick the shit out of me at Netrunner then, tbh.

Rumours on twitter that Bradley Walsh is in attendance

Remember when we started a chess thread, loads of people said they fancied it then nobody bothered.

Still full-on irked at that.

I watched a documentary on Bobby Fischer on Netflix. At the sort of height of the Cold War, when i guess they sort of saw chess as an extention of warfare and that, the TV audiences were fucking unreal, like a World Cup final or something. Lovely stuff.

Bobby Fischer Against the World? Yep, that’s a good watch.

Carlsen taking an age to play what should be a fairly standard b5. Wonder if he’s about to do something crazy.