WINNERS: Argentina
RUNNERS UP: England
GOLDEN BOOT: Kane
PLAYER OF THE TOURNAMENT: Messi
BREAKOUT STAR: Bellinghma
THE “TURKEY 2020 AWARD” (DARK HORSES): Serbia
SURPRISE STRUGGLERS: Portugal, France
ENGLAND WILL: Reach the final
WALES WILL: Round of 16
GENERAL OTHER SHOUTS: Qatar to get out of their group.
I WILL WATCH: Bits

They failed to win ten of their eighteen qualifying matches, mind.

I wouldn’t read too much into qualifying games as an indicator for tournament performance.

Prior to getting to the semis back in 2010 they only won 6 out of 18 qualifying games, finishing 5th and having to beat Costa Rica (2 - 1) in the playoffs.

Qatar won’t be as shit as people think/want them to be, sadly

WINNERS: Brazil
RUNNERS UP: Germany
GOLDEN BOOT: Depay
PLAYER OF THE TOURNAMENT: Vinicius
BREAKOUT STAR: Musiala / Saka / Gakpo (if any of them count as breakout)
THE “TURKEY 2020 AWARD” (DARK HORSES): Denmark
SURPRISE STRUGGLERS: Portugal
ENGLAND WILL: lose to France in the quarter final
WALES WILL: go out at the group stage
GENERAL OTHER SHOUTS: Ronaldo to hilariously fuck it, Brazil Netherlands in the semis one for the ages, LvG back to his braniac best but not quite got enough, Argentina flatter to deceive, groups go to form (except Portugal)
I WILL WATCH: most of it tbh.

WINNERS: Holland
RUNNERS UP: Argentina
GOLDEN BOOT: Messi
PLAYER OF THE TOURNAMENT: Messi
BREAKOUT STAR: Bellingham
DARK HORSES: Ecuador
SURPRISE STRUGGLERS: Germany
ENGLAND WILL: Go out in the quarters
WALES WILL: Go out in the 1st KO Round
GENERAL OTHER SHOUTS: Bale to play out of his skin despite his age and carry his country
I WILL WATCH: What I can, but will feel off about it more than any other World Cup.

I think Holland are off most peoples radars, but are in form and they can take this. I have always loved them in World Cups, ever since… 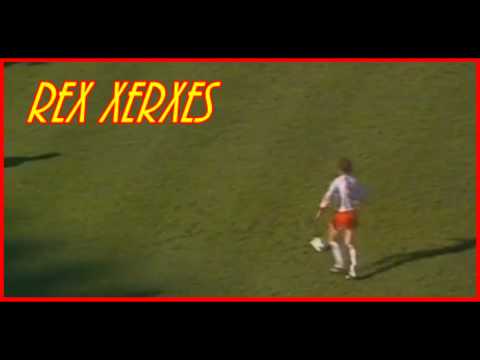 WINNERS: Argentina
RUNNERS UP: Germany
GOLDEN BOOT: Kaaaaaane
PLAYER OF THE TOURNAMENT: Messi
BREAKOUT STAR: Youssoufa Moukoko
DARK HORSES: Ecuador
SURPRISE STRUGGLERS: France and Belgium - they’ll get out the group but not trouble the semis.
ENGLAND WILL: Remember how awful they were for most of euros? And still nearly won it. I think they’ll be largely terrible but somehow mug it to the semis.
WALES WILL: 3rd in the group
GENERAL OTHER SHOUTS: The quick turn arounds and general shitty conditions will mean a lot of rotation and subs.
I WILL WATCH most of it. The time difference is killer, but I have a job with a lot of standing and waiting so I’ll tape every match and hope not to be even more bored.

Same, what do we win?

I also said Serbia but it doesn’t count

WINNERS: Brazil
RUNNERS UP: France
GOLDEN BOOT: Mbappe
PLAYER OF THE TOURNAMENT: Neymar
BREAKOUT STAR: Bukayo Saka
THE “TURKEY 2020 AWARD” (DARK HORSES): Australia
SURPRISE STRUGGLERS: Belgium
ENGLAND WILL: Win the games they should, lose to anyone of at least equivalent ability.
WALES WILL: Go out in the group stage.
GENERAL OTHER SHOUTS: Brazil will have people in awe. Gabriel Jesus to have an really great tournament.
I WILL WATCH: As much as I can, fucked out my face.

Not too bad really.