I’m watching the semi at home and travelling back home on Saturday if we get through for the same reason. I imagine the anti-English camaraderie is fun and all and I don’t begrudge them it but seeing England finally doing well while being surrounded by people who either don’t care or are waiting for the other shoe to drop has been weird.

My biggest worry would be Mbappe repeatedly rinsing Ashley Young

100% this. Defo a better chance of living with the pace. 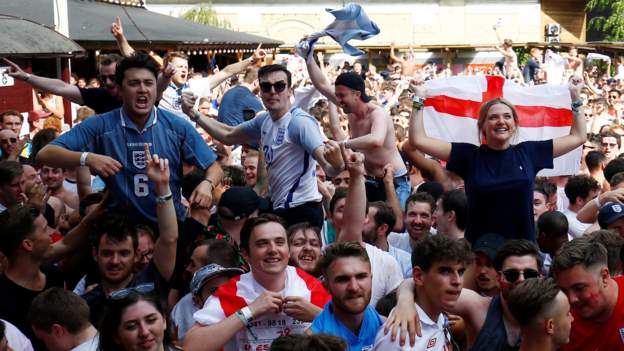 'Maybe, just maybe, this time it will be different'

Chief sports writer Tom Fordyce looks at how Russia 2018 has changed England fans' expectations as they dare to dream of World Cup glory.

if France had a better manager I’d say they were dead certs to win the final. But as it is you never know, they’ve already bottled one final after all.

Also, France v Argentina was one of the best World Cup games ever. Saw a man wearing an England rugby shirt this morning:

I am wearing this today: No, I have the rest of the usual clothes on

For now, at least

Lovren - Kane 2: the bloodening could be interesting

oh christ I forgot about that – this was the match Klopp subbed him after half an hour right?

You might need to remove your waistcoast so the print can be better viewed.

And dropped him for a few weeks, and chewed him out in the press conference

The natural order of things is restored.

Croatia winning three shootouts in a row would be pretty crazy