big game tonight as one of the favourites has a tricky opponent in Spain, but I am confident that Own Goal will come up with the goods again

Not a looker among them today

Goal of the First Round of Fixtures

Which Cherysev one was the outside of the boot left foot curler?

Kane, closely followed by Kane for me

The first Costa goal vs Portugal should definitely be on the list too. So bullish.

Urgh last day of 12 off today. The usual back to work dread has been multiplied by the prospect of missing at least half of two games tomorrow

I was even boring myself typing it up.

Missing my first game of the tournament today

Ronaldo back to back hat tricks??

Working from home today babbyyyyyyyyyyy!! (have so much work to do though argh) 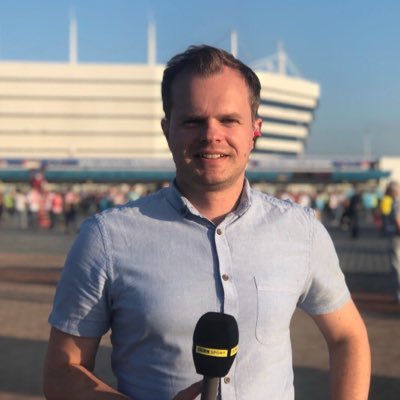 Siri, show me a picture that exemplifies just how likeable this #ENG squad has become at #Russia2018. https://t.co/whNzHkIsVi

Being given some comedy blow-up floats by some staff member, who probably has a job title like Player Engagement Manager, does not make the England players especially likeable.

“Poch texted me [before the game], and after as well. He sent a lot of love hearts and said ‘Come on England’,” said Kane.