It’s not really a big issue whether or not North Korea has the full capability yet. 10 years ago they said they’d have nukes in 10 years…

I mean all this “well they might not actually have nukes yet” stuff is a bit pointless because clearly they will have them soon if they don’t already.

The US/World needs to start negotiating properly I think. Not sure gung-ho deadly warfare can be the answer.

Not sure gung-ho deadly warfare can be the answer.

I agree but I think it’s important to determine the real context for Kim Jong-un’s comments and those are partly based on North Korea’s military capabilities.

The reason being If they don’t have those military capabilities should they be afforded the same level of seriousness? I’d argue that they shouldn’t.

a lot of talk about fire isn’t there? can’t help but thinking they’re both out of fresh ideas and just watched the latest GoT

The reason being If they don’t have those military capabilities should they be afforded the same level of seriousness? I’d argue that they shouldn’t.

And in that case what sort of response do you think should be given?

fun fact i just learned: the nukes that obliterated nagasaki and hiroshima are now only the “triggers” for a modern payload. so if one exploded over yr average western city you’d get the “hiroshima” blast plus the actual bomb.

it is hilarious and horrifying that donald trump can order one of those things launched and nobody can question it or stop him.

Short answer, the US should continue working diplomatic angles where possible and also work on containment so sharing intel with South Korean (which I’m sure they’re already doing) forces arranged along the border.

What would really put a stop to North Korea’s nuclear ambitions is most likely a trade embargo with China but there’s little chance that the Chinese government would go for that and even if they did, it doesn’t appear to be entirely clear if North Korea’s military strategy would change based on the welfare of their people.

That’s not true. North Korea have been developing nuclear weapons and are much closer to having ones they can launch. 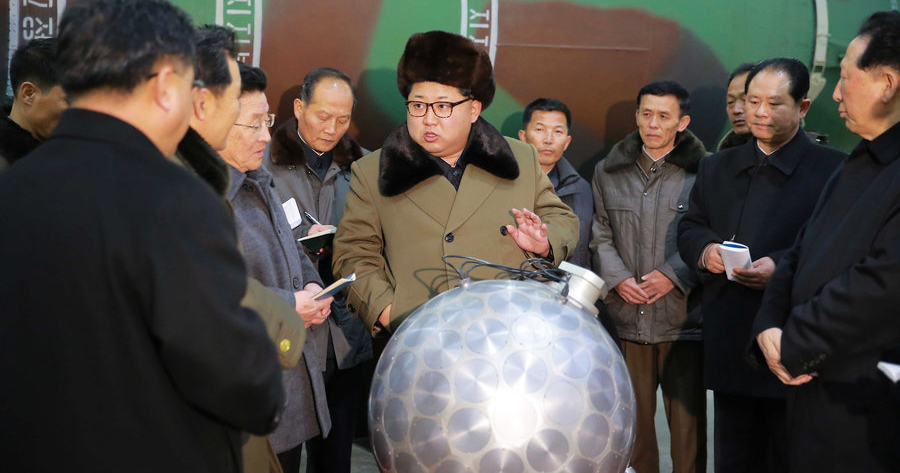 To Be Real - This American Life


which I’m presuming you already listened to because I presume you’re the sort of standup guy who listens to TAL.
colinfilth 9 August 2017 10:55 #76

Is the solution not to convince China to invade North Korea? Maybe by parachuting a load of kittens in just over the border?

That’s really horrible, I can empathise with that a lot.

But it’s kind of:

love how they write the modern bit in red as if hiroshima wasn’t awful enough.

56 Likes
Guess the OS (maps)
A thread idea where we describe the opening credit sequences of beloved shows of the past entirely from memory and then see how accurate our descriptions were
What's your most-liked (non-heavy) post on the new site?
Thread for showing off
anon30627475 9 August 2017 11:01 #82

this has done me

Non-structured programming is SO bad.

possibly a daft question but if some clown does ping a big missile over the ocean, don’t all sides have access to some kind of big trampoline/fishing net that can intercept it before it lands? That’d be the first thing I’d have built after nuclear bombs were invented.

“their nukes’ll miss the white house by a good three feet don, don’t worry about”