Normally the bonus disc is just a rightly discarded b-side, some rough demos and maybe a cover. Where is it worth having?

Posting this thread cause I picked up the magnolia electric co. Vinyl, and the demo versions (especially just be simple) are properly good, as is The Big Game is Every Night

All the non album singles on the 70s/80s Fall reissues

For me it’s just the ones where there was a ton of material for the album , so lots of extra songs. Not a fan of live ,remixes it demos. But lots of songs that didn’t make the album, I’m all for it. Like to make a playlist of the songs I would have put on the album.

The Job Spencer reissues from a few years ago all had whole extra albums worth of songs. SFA reissues all have alot of extra good songs as they were a real good b sides band.

Usually if the albums good the chances are there are some pretty decent b sides at the time as well as the band were ust in a good creative period.

Honestly though, the Pumpkins reissues are a gold mine.

The Blur ones were very extensive too.

The Dinosaur Jr reissues of the 90s albums had some brilliant extra content. B sides, live tracks, covers etc. There were longer live sets on the cd version and on streaming. But the vinyl versions were a well stocked double.

That said, I only got Green Mind, Where You Been and Without a Sound. Am not a millionaire…

Underworld reissues for sure.

Tell you what though, can’t think of any ‘live material’ bonus discs that i felt like listening to a second time

The Pumpkins ones are outstanding and have pretty much saved my year. They’re massive.

Tindersticks 2 including the excellent live at Bloomsbury Theatre album as a second disc. Absolutely great versions of tracks and has the rare and great For Those… in the set.

The live albums with the Joy Division reissues were pretty cool.

Adventures beyond the ultraworld had imo the definitive 20+ minute version of a huge ever-growing etc on it, which is great.

One of the many shite things about Spotify is when they only have a bloated deluxe version of the album.

The Hold Steady albums on Spotify are an absolute shambles

And elsewhere too… zing.

I really loved the early Floyd ones (although not enough to shel the ridiculous price for the boxset) - loads of alternate versions, really great for an obsessive like myself. The Animals / WYWH were pretty excellent too.

The later years boxset is their worst two albums, with 400 different live versions of the tracks from their two worst records. Milking the dead cash cow until their hands fall off.

Enjoyed OKNOTOK - having all the (mostly excellent) b-sides on vinyl plus the three new tracks was definitely a good thing. Was a bit too strapped to shell for the tape version though.

Had a quick scroll through discogs and amazed how few reissues with extras/new releases with extras I actually own. The 2 most obvious ones are the Lift To Experience boxset and Cat Power’s Sun which came with a bonus 7inch which had this frankly incredible song on it: 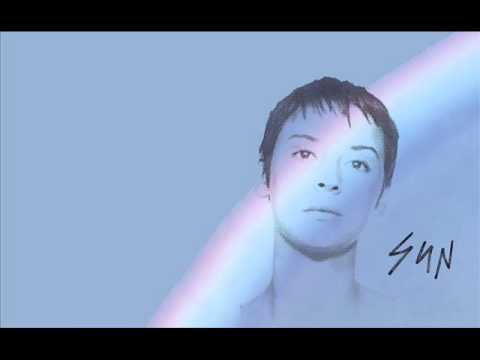 Prince And The Revolution - Purple Rain

View credits, reviews, tracks and shop for the 2017 CD release of "Purple Rain" on Discogs.

That second disc is incredible.

Early Metallica ones are also pretty good for live stuff