Don’t think they’ve got a thread. Picking up a fair bit of attention. I imagine they’ll be quite divisive on here. Thoughts ? 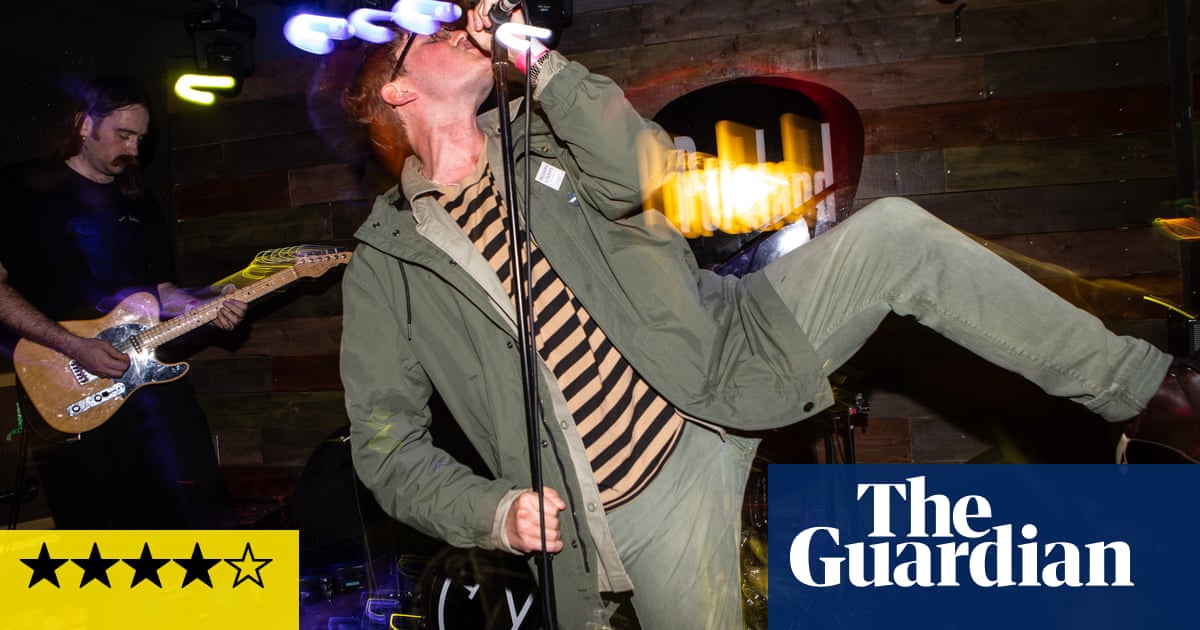 Letting rip in the backroom of a pub, post-punk Leeds band skewer Brexit Britain with wit, bile – and a broken wrist

Just listening to ‘The Overload’ now; they’re not bad. Primed to be 6music standard-bearers aren’t they? Will watch their rise with interest.

Lamacq is all over them. Singer did quite a lengthy interview on his show this week.
(I’d start with “Fixer Upper” it is very witty, nails a certain “type” shall we say)

These phrases are usually huge red flags about new bands for me but Peanuts and Dark Days were great, anthemic, very witty tunes that helped me get through lockdown. Don’t know if they’re the most original band I’ve ever heard but for now as West Yorkshire bands go they’re more like the Cribs than the Kaiser Chiefs (thank Christ), looking forward to hearing more.

P.S. I know this is hardly a revelation but God the Guardian comment sections contain some boring old men.

I’ve thought it for a long time, but there really is very little difference between The Guardian comments section and that of the Daily Mail. Not that that assertion applies to this piece particularly.

They sound ok but wouldn’t say I’m hugely excited by them. They sold out The Village Underground already but tickets available for Rough Trade East if anyone wants to see them at a small venue.

Can’t stand them. Properly get under my skin for some reason.

Yep sick band. feel very uncool and out of place in 2021, and the production is really plastic sounding (like the instruments don’t actually exist) but they’re funny buggers without being too hard work. good Yorkshire lads. singer’s timbre is proper underrated; dude’s got a great voice (but he’s no a good singer).

I really love Fixer Upper. Wanted to see them at Wide Awake festival, but they were on too late for me to hang around. Might catch them at Mutations Festival in Brighton next month.

I was at this Cambridge gig. Picked up a return last minute. It was a lot of fun for a Monday night. Some excellent to and fro’ing with the crowd, and the songs matched up. 45 min set flew by.

Shades of Young Knives and Kaiser Chiefs for me. Could quite easily go Idles big off the back of word of mouth on their live sets.

They could be HUGE…or the next Terris.

Guitarist was in Hookworms wasn’t he?

Used Leeds Morris Men in a video I saw which I found funny. Pretty indifferent until I hear the album.

The only song I’ve heard is the Overload one and my first response was ‘It’s only been 15 years since Arctic Monkeys were fashionable the first time.’

I quite like the song and find it annoying in equal measure.

Dunno but one of them was in Komakino

Guitarist was in Hookworms wasn’t he?

yeah not sure thats true but I could be wrong.

The singer is from post war glamour girls. Their last record was great. Not really feeling yard act though.