Yo La Tengo Listening Club : aka Georgia (and Ira and James) On My Mind

Right then, now that the R.E.M. listening club has bucked off (eh? eh?), how about we turn our attention 860 miles up the coast to Hoboken, Nooo Jooysay? That’s right, it’s the Yo La Tengo Listening Club!

Same format applies as with the R.E.M. thread - one album per week, in chronological order, new album each Monday. 17 albums in total (I’m going to include the two WFMU pledge drive covers album, because who couldn’t enjoy those, right?) so plenty to get your teeth into and to wrap your lugs around.

So, with that in mind, who’s with us? First stop on Monday : 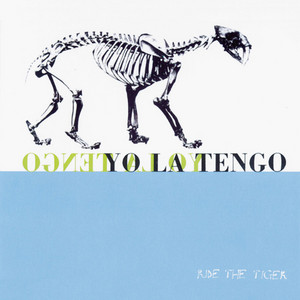 I am so excited

Stupid not having Spotify. Would like to listen to the proper early ylt tho

Yeah, I’ve never heard any albums pre-Fakebook so looking forward to getting stuck into those.

Saw Ride the Tiger on CD in Sister Ray the other day, think that’s the first time I’d ever seen any of their pre-Fakebook albums

I *think* i have Ride The Tiger on CD at home. Could be a good Sunday morning listen.

wait, are those available on Spotify where you are?

Ride the Tiger, New Wave Hot Dogs, That is YLT and President YLT aren’t on mine.

Nothing pre-Fakebook for me either. We might need to make do and mend with YouTube for the first few weeks.

Can’t try these currently but this playlist looks like album audio links:

I’ll have to look into my SOUL to SEEK the answer to this quandry of albums being unavailable.

Ha, I had no idea that was still a thing!

Oh it totally is.
Useful for when I buy an LP that doesn’t come with a DL code.

I bought all the albums for the R.E.M. listening club but looks like YLT might have some that arent easy to get maybe?

Sorry, took the Spotify link at face value and assumed it would be fine - they’re not appearing for me, Clive (Myrie). Now downgrading myself to Nicholas Witchell.

Can recommend @thesewoodenideas method of SEEKing SOUL. Can put you all in touch with a spiritual GURU if anyone needs gaps filling.

Can put you all in touch with a spiritual GURU if anyone needs gaps filling.

Save that filth for Thursday mate

Followed the REM thread from a distance but looking forward to getting stuck into this - came to the YLT party fairly late and have only got properly into them in the last year or so and so keen to complete a review and get some views from here. Although having said all that, given the Spotify situation I’ll probably wait until Fakebook for getting fully involved. Fuckbook is an album released by indie rock band Yo La Tengo under the alias Condo Fucks in 2009. The band name comes from an inner sleeve listing fake albums and genre send-ups included in their 1997 album I Can Hear the Heart Beating as One. Guitarist Ira Kaplan and drummer Georgia Hubley are credited on this album as Kid Condo and Georgia Condo, respectively. The Matador press release for the album creates a fictional backstory for the band that hints at the truth. The album is purported The a...

And there’s some great material on EPs / compilation albums which are well worth checking out: Camp Yo La Tengo, Nuclear War, Prisoners of Love etc.

Might try to get in on this. Have never listened to this band outside of a few samples but the name has been around forever and I’ve been intrigued by the pieces ive heard.