What were your favourite gigs of the year? Please list them and talk about them if you fancy.

I went to 17 million gigs this year and this is my top 10. The top two are far away my favourites. My top 3 to top 20 could all be very interchangeable. I couldn’t be bothered to type all the way and do a top 20 or 25 etc.

Went with my Dad. The concert was rescheduled due to the pandemic and really thought it wouldn’t go ahead. A lot of my Sunday mornings as a kid was spent listening to Diana Ross as my Dad’s routine was to put on her records whilst he had breakfast on Sundays. A brilliant performance by Ross and an even better day out with my Dad for a concert that I never thought would take place.

2. Goldfrapp at The Royal Festival Hall.

Originally due to take place on the last Sunday of March 2020. Covid content: I ended up working at the lab overnight that weekend and it was then that I first really saw the numbers/levels on blood tests due to Covid and what this bastard respiratory virus was going to do. Worried and scared going home at what I’d seen and remembered that that was the evening that I should have seen Goldfrapp if the world hadn’t turned itself upside down.

Can’t speak for Goldfrapp or anyone else in the audience but it felt like a celebration that this gig finally happened. I’ve seen Goldfrapp many times and they rocked as always. My top two gigs of the year were really personal ones and both were amazing.

3. Self Esteem at EartH.

A very hot day and this gig worked perfectly. She’s always on form and this was The Best that I’ve seen her. Got to say a quick hello and a handshake with one of the backing performers.

4. Amyl and The Sniffers at York Hall.

More of a Belle and Sebastian day for me. The new album was average but went for the album signing in the morning and got a print signed that I’ve had for 15 years. Had a chat with Stuart about The Shop Assistants. A huge band for me and one of the soundtrack bands of my 20s.

6. Suede at The Electric Ballroom.

Went to both shows and the second one probably just nudged it as we got So Young, Animal Nitrate and Metal Mickey. Didn’t think 30 years ago that this band would still be going, producing damn good albums and Brett would have more energy than a man half his age on stage.

7. Sudan Archives at The Electric Ballroom.

Went to this one earlier in the week. My album of the year and she’s a hell of a performer. Loved the party atmosphere that she created for the whole of the show.

Hate The Apollo. But ⅔ of the band went to my old high school and always have had a soft spot for them. A brilliant reunion.

9. Torres at The Bush Hall.

Her album Thirstier was and is an absolute stunner. Don’t Go Puttin Wishes In My Head is a track that I’ve found hard not to listen to at least twice on repeat when I’ve had the album on. A delayed concert again but worth it.

10. Breakup Haircut at The Cavendish Arms.

Swapped a few emails with the band just before the pandemic and they seemed like a lovely bunch. Really great to see them live again after two years with an album that made my top 5 of the year. Just a great fun pop rock band.

Worst gig of the year: Mitski at The Roundhouse. Just some jumping around on stage for some reason and the kids in the audience were screaming throughout. It was like if David Cassidy got on stage or something. Shitski.

Low - auditori primavera
Hey what in full followed by no comprende and sunflower. It was special. It’s hard to think about now though.

Don’t wanna rank them cos they’re all important to me.

Goldfrapp, Eurovision, Sugababes. That’s all I’ve been to. Oh actually Everything Everything too but the sound was wank and it ruined it.

I can’t think of anything as good as the run of gigs at Primavera A La Ciutat in Sala Apolo of Ill Considered, Soccer96, Steam Down and Sons of Kemet. Counting as one as they all played the same stage.

Special mention to Melt Yourself Down at Manchester Psych fest though for chucking one of the security team into the crowd, great fun; also O. was ace at that fest too. Lastly the Teke::Teke gig in Glasgow’s Rum Shack was far better than I ever expected.

Had done a load of gear before which I wouldn’t have knowing it would be the last time I’d see them but still had an excellent time, and Hey What sounded immense.

The sound was phenomenal and they nailed it. Probably the last time I’ll get to see them in such a small venue.

Was support for Lynks and had never heard of him before. Very fun short set of karaoke pop bangers. Still sing one of the songs from the set despite not hearing it since.

Low - St John’s Hackney. Stunning as ever, hearing the record reproduced in its entirety sounding both true to the recording and somehow elevated was incredible. Obviously in hindsight even more important a show.

Protomartyr - Islington Town Hall. Top five gigs of all time I think. Everything just lined up perfectly, was a beautiful sunny day which I’d spent on a nostalgia tour of north London (an excuse to drag my wife around the area I grew up, hit pubs and parks etc.), loads of mellow tempo day drinking. Then I left to head to the gig on my own.
The crowd was SUPER up for it, setlist was perfect, it just hit perfectly.

Bright Eyes - Hammersmith Apollo. Less so for the performance (though the band were on great form) and more for who I went with and what that meant to us both. Was a fantastic evening, one I will treasure forever.

This year was still very much getting back in to gigging as normal as I only went to two in 2021.

Because of that, my favourite was Bambara at the Firebug in Leicester. Just so glorious to be enveloped in noise, so cathartic, your brain only thinking of music and not the worries of the last few years. Like many, many other shows it had been a two year wait since buying tickets and was so great to finally be able to sing along with one of my favourite albums of 2020. And good to have a brief chat with the band after to tell them how much I loved Stray.

A close joint second, and for similar reasons for both shows, Protomartyr at Brudenell and Fontaines DC at Rock City. Two of the best venues and a brilliant, enthusiastic crowd who knew every word. Both so much fun, for Protomartyr I was in the thick of things down the front, FDC on the balcony but still a great atmosphere there too (enjoyed the guy behind me enthusiastically launching into the ‘aaaaaaargggh’ at the start of Too Real).

Drug Church - G2 Glasgow. Was a few beers deep and got in the pit for the first time in years. Just a great time. Band were excellent. Was buzzing for weeks afterwards. 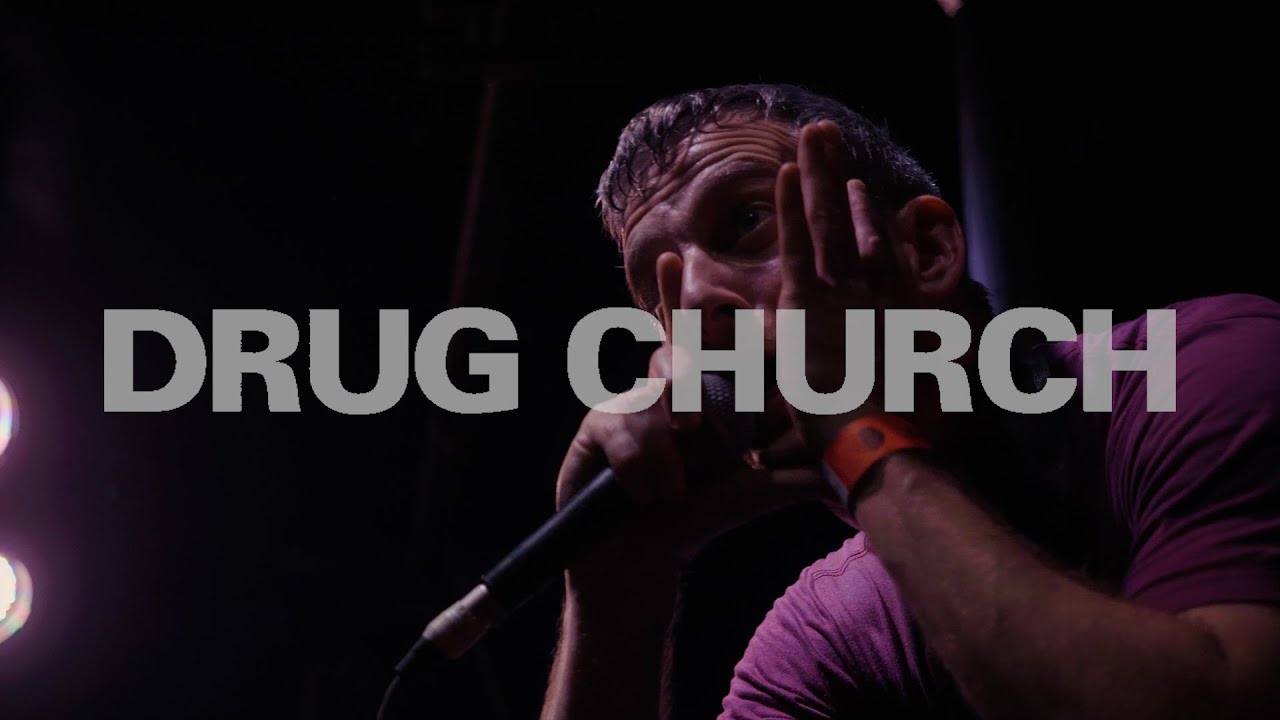 Pavement - Barrowlands. Think everyone sums up the joy pretty well in the Pavement thread, just a really great, happy experience all around. So good to have them back* they were as sloppy as you’d expect and looked like they were having a great time. Took my girlfriend who isn’t overly familiar and she said a big part of what made it good for her was seeing how happy everyone in the crowd was. Setlist was great despite a few key songs I wanted to hear not getting played and then getting played the very next night in Edinburgh which I seriously regret not going to.

(* - back for one night only I guess. This one feels bittersweet as I reckon this is likely going to be the last time we’ll see them. Once this tour’s done I reckon that’ll be it. Hope I’m wrong)

Didn’t get to much this year. The highs were high but expensive tickets and people talking too much through shows has really put me off going to a lot of gigs.

An incredible year, this is only the cream of the crop and I so saw much other great stuff. The post-lockdown effect meant I’ve seen so many of my all time favourites in one year, which as been incredible, but I’m never going to be able to afford to do this again lol. Have definitely noticed an impact on my hearing too from being out at so many.

That Drug Church gig is far and away the best I went to this year. Can’t wait to see them again.

Other great ones were (all Glasgow):

Jeff Rosenstock at Slay (just the sweatiest, most fun gig I’ve been to in ages)

Wild Pink at Hug and Pint ( a really well put together show, they know exactly which songs of theirs flow well in a set list)

Have definitely noticed an impact on my hearing too

Don’t think I’ve been to a single gig this year, grim stuff.

black midi, Rina Sawayama, and Spellling (all at Primavera Porto) stand out for me. Also really enjoyed standalone gigs by illuminati hotties and Metronomy

Big Thief at the Academy - was good could have done without the plane story. Also 1st gig since Big Thief in 2020 which I kind of like

They Hate Change & The Avalanches - They Hate Change were utterly brilliant along with knowing their Manchester shit (shouted out 2 B REAL) just great stuff. Avalanches did not enjoy although I enjoyed it more on the Glastonbury stream so I must have got one on me by the time they came out

DIIV - really enjoyed felt like a limber up for next year even though it was in August but some of the planning that has to be made for gigs at the moment is ridiculous really liked it was the 1st realisation of why I enjoy going to gigs moment since panny d.

Missed Low because I was ill was gutted at the time been gutted even more since.

Of the two shows I went to this year these are my favourites: