My car is a dirty, dusty tip. Couldn’t give a shit.

Music is always always drivers choice and I will die on this hill.

Have a very definite system for this when driving anywhere with my kids.

One of us will start a collaborative playlist and we’ll all bung a certain number of tracks on (depending on the length of voyage). The playlist goes on shuffle, whoever picked the track that comes on first is “monarch of the car” for the length of the journey.

I decide, unless the passenger is my wife (she’s the only passenger I ever have tbh) then we decide together.

I never clean it, but Mr s_w probably cleans it once every other week for us. Hes got this interior cleaning spray that smells like parma violet sweets…its awesome.

Thought I had no car rules and was very chill about the whole thing, but then I gave someone a lift to a penoid tournament venue from the hotel a bunch of us were staying in and he left an empty Sainsbury’s three bean wrap packet in the back seat and ever since then I’ve cheered for his opponent in every single game I’ve seen him play.

previous cars were an absolute shit show, no rules, but since we got a lease car there are a few more rules.

Should be an agreement between driver and passengers over what music to listen to, anyone can make a suggestion. But at the end of the day, if there’s division, driver gets the final say.

Think one of my greatest successes as a parent is making them understand they never get to choose the music so they have had to get used to my nonsense. They can try and if its approved (fear of the dark) it can go on, or i slip some treats in randomly (black hamster currently

) but otherwise, im driving so shurrrrup and enjoy some riffs

for those who don’t know, check out this abomination… 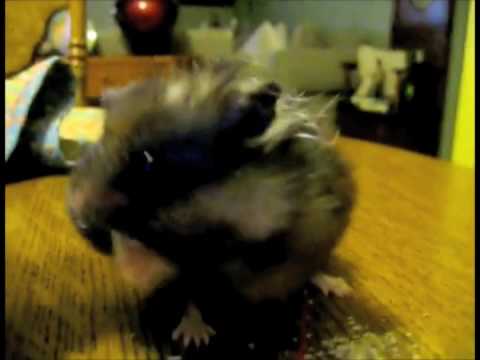 I would live with a very dirty car, but my husband finds it the upmost embarrassment to arrive somewhere in a visibly dirty car so we always have a clean car that requires no effort from me.

I have to otherwise it wouldn’t go.