She won a MacArthur genius grant recently though

I think one for each volume in fact

Btw you might enjoy the Rogues anthology as a bunch of the stories are quite Gentlemen Bastards.

Equally, if you liked that style you could check out this

Theft of Swords (The Riyria Revelations, #1-2)

THEY KILLED THE KING. THEY PINNED IT ON TWO MEN. THEY CHOSE POORLY. There's no ancient evil to defeat or orphan destined for greatness, ...

On a run of excellent fantasy recently:
Rivers Solomon - The Deep
Kai Ashante Wilson - A Taste of Honey
…and a couple of chapters from finishing Ursula K Le Guin’s Annals of the Western Shore books and honestly they are up with her absolute best and I can’t understand why they aren’t more widely acclaimed as such (wouldn’t even be because of the YA tag, because Earthsea has that too and gets deserved praise)

I can’t understand why they aren’t more widely acclaimed

At a guess the literature is very contemporary-heavy now.

I feel like in the 80s most books we read as kids were classics, stuff that our parents likely read. Even in adult terms Agatha Christie was a standard as was Conan-Doyle.

I’m not sure that’s nearly as strong now. Unless your big books were also few (e.g. Tolkien) then you get reduced to just those that were big enough getting noted in lists.

Or could just be confirmation bias and bad memory from me

Halfway through Nalo Hopkinson’s Brown Girl In the Ring and it’s excellent so far - Caribbean magic in a future run down Toronto.

Not sure if anyone on here is actually waiting on the third and final Kingkiller Chronicle book (The Name of the Wind, The Wise Man’s Fear) but Rothfuss has talked about the ‘timeline’ here

r/KingkillerChronicle - Pat on how much he cares about finishing Book 3: "If I... 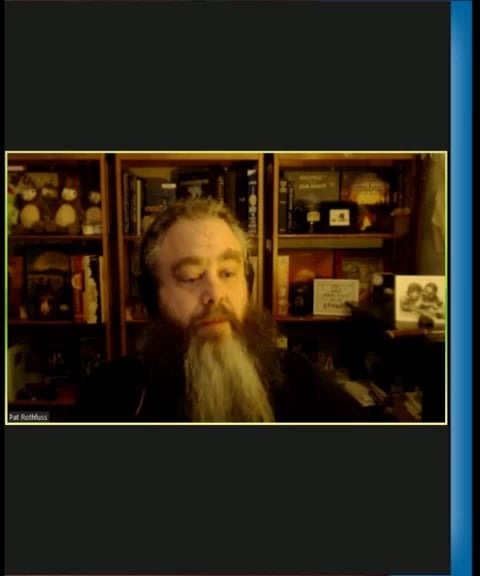 Fairly tragic to read. Seems like he’s completely lost in the pit of stress due to knowing how much expectation there is on him to produce the book. Not really the best frame of mind to be creating stuff in but then it’s also unclear if he’s still writing the book or just lost in an endless maze of tweaking the prose. Very much making think of Mavers and that La’s album.

Broken Earth trilogy was so good!!! Any other fans here?

Broken Earth trilogy was so good!!! Any other fans here?

Yes loads of us.

image720×960 93.2 KB
I guess @ma0sm might be familiar with this but despite my best efforts to pack efficiently and logically to move to Australia I still had stuff spread around different boxes and I still can’t find things.

So this means I have two separate boxes with the few physical books I’ve kept hold of for sentimental or non-ebook availability reasons. Anyway, last night I realised I have a copy of this book in each of those boxes. This is book 8 of a minor fantasy series

MythAdventures or Myth Adventures is a fantasy series created by Robert Lynn Asprin. After twelve novels by Asprin, published 1978 to 2002, he and Jody Lynn Nye continued the series with seven more books. After his death in May 2008, she intended to complete their plans. The Myth Adventures are noted for and popular for their whimsical nature, myriad characters, and liberal use of puns. After the first book, every title turns on the similarity between the word "myth" and the prefix "mis-" or th...

I recently found I also had the 2nd Omnibus of stories (books 4-6) but not the first omnibus which I was convinced I had. I also thought I had M.Y.T.H. Inc. Link (number 7) but also not that it seems. I definitely read them all back in the 80s/90s. I got a new 2nd hand copy of the first 3 in an omnibus via the internet so that’s sorted.

But yeah, why do I have two of this book? I’ve contacted the only friend I know who also read them and it’s not his. Download a Free Ebook of GARDENS OF THE MOON by Steven Erikson Before June...

Tor.com’s eBook of the Month Club

If and when it is ever finished, they shouldn’t announce it, just deliver a load to bookshops around the world and it’s there on the tables before anyone knows it’s out, like when Beyonce surprise releases an album.

What about A Dream of Spring?!

The (tiny) optimistic part of me is thinking that part of the reason TWOW is taking so long is that he’s sick of it and is wrapping the whole thing up in one book. He isn’t though, is he?

Its cos he writes it on Wordstar off a floppy disk.

he’s sick of it and is wrapping the whole thing up in one book.

More like he’s realised two books wont be enough now that he’s introduced another half a dozen characters.

if that happened I’d have doubts about myself living long enough to see the last book, let alone him