A best of. Doesn’t seem to have a Wikipedia page so here’s the song…

"California Dreamin'" is a song written by John Phillips and Michelle Phillips and first recorded by Barry McGuire. The best-known version is by the Mamas & the Papas, who sang backup on the original version and released it as a single in 1965. The lyrics express the narrator's longing for the warmth of Los Angeles during a cold winter in New York City. It is recorded in the key of C-sharp minor. "California Dreamin'" became a signpost of the California sound, heralding the arrival of the nasc... 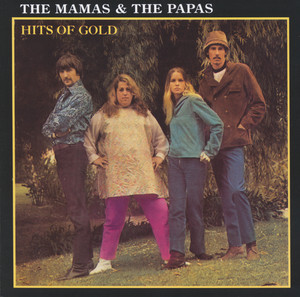 Never quite sure about best ofs in lists like these. Obviously they’re in because the band never actually did a great album but had loads of good songs. Half of these are covers though, although there are some real gems.

My wife always tries to sing all the bits at once.

I do this too. Let’s get married

I bloody, bloody love The Mamas & The Papas

Whilst the Mamas and the Papas had some absolutely amazing tunes having a best of in a list like this just doesn’t work for me. it’s basically a compilation album so can’t really be stood in comparison to stand alone albums, still there are some great songs on this.

It’s just really nice music, isn’t it? Just makes me smile. Agree that having a best-of is cheating, but this is solid all the way through without being massively exciting.