Still the idiot’s choice for the best Radiohead LP.

One day I’ll listen to some Radiohead albums. Will probably find I like them.

Where were you 20 years ago

I am that idiot

I remember it was played on, I think XFM, a week or two before it was out at about 1am. I set up my VCR to record it off Sky, as that was way past my bedtime on a school night, then got up early in the morning and aux-outed that to a tape to play in my Rover Metro.

Stopped reading the NME after this review: 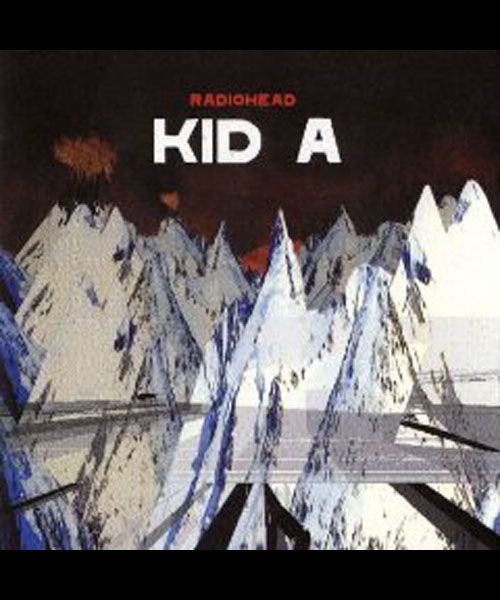 The unbearable heaviness of being [a]Radiohead[/a] continues. Following the equivalent birth pains of a medium-sized galaxy, ‘Kid A’ arrives amidst the most fantastic stories of artistic constipation: abortive recording sessions, writer’s block, band...

Phenomenal, timeless, deeply affecting to me and my listening taste - love it to bits!

Looking forward to its sibling’s anniversary next year as well

But yes remembering back to when it came out thinking what the fuck have they gone and done here!!

Fond memories of when this guy was our political enemy: It’s their 3rd best, at best

It’s not their 3rd best, it’s the best

Melody Maker reviewed it, Mark Beaumont I think, and he absolutely destroyed it. Been trying to find the full review but I can’t.

The Pitchfork review is absolutely hilarious:

I had never even seen a shooting star before. 25 years of rotations, passes through comets' paths, and travel, and ...

’ The experience and emotions tied to listening to Kid A are like witnessing the stillborn birth of a child while simultaneously having the opportunity to see her play in the afterlife on Imax.’

Thanks to wayback machine here it is:

IMPORTANT? This, oh brother monks of the New Music, is the second Big Bang. It’s the alien mothership hovering over the UN tower of rock, preparing to blast everything we know and cherish into thermo-nuclear smithereens.

Important? The very whirr of the CD tray hisses revolution, the title is a portent of genetic science surpassed by sound, the sleeve art positively stinks of the body odour of genius. So earthbuggering is the event of Radiohead deigning to record some music that review samples are distributed on uncopiable, non-uploadable “listening sticks” to prevent this most mercurial of music from falling into the wrong hands, then being whacked on to www.copyrightinfringementagogo.com and exposed to the public at large as the tubby, ostentatious, self-congratulatory, look-ma-I-can-suck-my-own-cock whiny old rubbish it is.

Rubbish? I almost listened to the Dum Dums. It is the sound of Thom Yorke ramming his head firmly up his own arse, hearing the rumblings of his intestinal wind and deciding to share it with the world.

Let’s do the math: “OK Computer”, until today the most overrated album ever recorded, contained a total of four actual tunes, two of which (“Karma Police” and “No Surprises”) were almost identical. “Kid A” manages to squeeze on about two and three-eighths, and those struggle for breath under the avalanche of electronic mice, pointless vocoder twattery and baboon rape. Gulping down their own hype and under self-imposed pressure to make a record even more “ground-breaking” than their third, Radiohead have committed the ultimate folly. They’ve created a monument of effect over content, a smothering cataclysm of sound and fury signifying precisely f*** all.

The album starts as it means to mither on. “Everything in Its Right Place” is essentially everything unnecessary in whatever place they could shove it. From behind a swathe of keyboards apparently sampled from forgotten Eighties kiddie show “Let’s Pretend” emerges a glacial Thom deadpanning, “Yesterday I woke up sucking a lemon” in monotone and, heaven knows, we’ve all been there. But wait! It’s not Thom at all! It’s an android monk impostor now! No, now there’s a billion Thoms all dive-bombing in from the stratosphere doing Stephen Hawking impressions and squabbling over where they last saw the plot! Word down Oxford Mensa is that “Kid A” is the result of studio sessions in Gloucestershire where about 60 songs were started that no one had a bloody clue how to finish. Frankly it shows.

But d’oh! What are they doing singing something resembling a verse like a bunch of syphilitic corporate whores?!? They are Radiohead band, and Radiohead band knee convention in the nadgers, remember? So come the title track they’ve locked Thom inside a 10-inch thick Metal Mickey costume and buried it 6ft under Chernobyl, from where we can just about make out his mumbles of “We’ve got heads on sticks, you’ve got ventriloquists”. Cheers! Jonny Greenwood comes on like a Chinese DJ Shadow, laying down cold and charmless flickerbeats while Robo-Thom, casting himself as a Wonky-Eyed Piper of Grimlin, chokes, “Rats and children follow me out of town”, thereby introducing the underlying theme of the album: oh woe upon woe, why must poor Thom be tormented with mass international success, a pile of hard cash the size of Ann Widdecombe, and this damned fanbase that plagues him so? Put another record on, mate.

Quite literally, before they do “The National Anthem”. Presumably the National Anthem for some bizarre jazz-loving nation ruled by demented circus folk, it is both “Kid A”'s nadir and its first really important track. For once we’re past the lumpen space-funk workout and they let the horn section from Bedlam out of their jaw restraints, it turns into Primal Scream’s “Accelerator” as played by 50 crack-crazed clowns on their honky noses and thus utterly redefines the notion of “unlistenability”, propels us to a whole new sphere of self-indulgence, invents - if you will - post-bollocks.

After so many monkeys have been strangled in the name of art, “How To Disappear Completely And Never Be Found” - with its taut David-Gray-snogs-Slowdive tones and its actual, no-bullshit guitars - comes as a relic, albeit one fraught with frustration. As Thom takes a reflective stroll around Dublin before an oh-so-alienating mega-gig, you’re desperate for him to unshackle his explosive misery ala “Lucky” and blast off to some higher level of anguish. But this is no gateau, only pudding, and so on it plods (a bit spooky, a bit whiny, the odd clown) to an ignoble demise.

Cue the music! “Optimistic” heralds the album’s first tune, a stirring mechanical chain-gang chant reminiscent of the theme from “The Lost Boys”, as sung by a hundred pissed-up coal-miners. But cherish that shred of melody, friends, because from here we race hell-for-leather down Tuneless Wank Boulevard. There’s “In limbo” with its aimless arpeggios and Trekkie techie wibbles. There’s “Idioteque”, in which Thom finds a great new box that spews beats like Depeche Mode in 1984 and uses it to bury three-eighths of a song under some vaguely interesting coin-pressing noises. And there’s “Morning Bell”, in which nothing fing happens at all! Nothing! Really fing expensively!

With a shuffle and a shrug, “Kid A” catches up with itself at the pearly gates of “Motion Picture Soundtrack”, trips over a massive f***-off harp and suddenly realises what a boring arse it’s been all along. “MPS” is magnificent, an epiphany of grinding organ and angelic choirs. It shits from 150,000ft on the rest of the album and was written, tellingly, in the early Nineties. “Banana Co.” by millionaires, anybody?

You’re left dazed, bemused, and musing over the motives of “Kid A”. Are Radiohead trying to push the experimental rock envelope, unaware that they’re simply ploughing furrows dug by DJ Shadow and Brian Eno before them? Are they having a laugh at the pseuds’ expense before they go “not really!” and release the proper album of rollicking great pop songs next spring? Or have they simply made a record not to be listened to but to be placed on a plinth at the head of every dinner party butter?

Ground-breaking? As Thom sang in 1993 on “Pop is Dead”, by far Radiohead’s most inspired single to date, “The emperor [really] has no clothes on/And all his skin is peeling off.” And important? As the great poet, philosopher and anti-globalisation non-robot Jim Royle might have said: “Important, my arse.”

The letters page was absolute carnage for about 3 months after this. An evisceration.

decided I’m listening to kid A now. For the first time in ages .I love it, but I probably overplayed it back in the day and right now it feels like a warm blanket, a hug from an old friend.
What I will say though is that listening now, on a really nice pair of noise canceling headphones, in peace, I’m hearing so much more. My crappy in ear things I listened to at uni, or the stereo I had at the time, obviously weren’t that good

The bassline on How to Disappear is absolutely gorgeous

The original Drownedinsound.com review was pretty scathing, the score of 4/10 is up but can’t find the words.

That Pitchfork review is ridiculous, reads like an excitable 16 year old who has never heard any other music.

now remembering the Idioteque lyrics I used to make up: