He did the KMD ones as well. The illustration on Bl_ck B_st_rds was done by DOOM. Just listening to a podcast with Dante Ross and he mentioned it. Listening to a lotta hip hop podcasts at the moment as you may have noticed…

you nailed it, I think. didn’t give this album enough listening at the time, probably because it’s not as immediate as take me to your leader or madvillian from the purple patch (5 albums in two years!). it’s dense, rewards repeat plays.

This is a revelation. Doom’s never really clicked for me, I get that he’s talented but I don’t think his voice was distinctive enough vs other stuff I was into at the time for me to pay him any real attention, even though I always liked his guest spots.

I’ve listened to this album a few times before but replaying it this morning I’ve appreciated how fucking great it is. I love the dark atmosphere on The Drop, A Dead Mouse (that beat!) and Never Dead, remind me of The Octagonecologyst and Gravediggaz. Quite excited that there are 4 or 5 other Doom albums that people here rate higher than this that I can check out as well!

You’re absolutely in for a treat man! DOOM really had an incredible run of albums in the 00s. Where this album places is subjective… some would certainly put VV top… that just reflects what a great catalogue it is to be honest.

While you’re at it, you should sign up at the top of the thread to make a recommendation for the Club. Those Octagonecologyst and Gravediggaz LPs would be great for this thread, for instance…

Want to echo this - have always tried with him but never really clicked. This grabbed me immediately and I’ve listened to it agin three or four times more today.

First up, wanted to say cheers to @jhn9kdy for an awesome pick last week. Sorry for not chipping in – work was super crazy and by the time I got here everyone had already said everything. Was some great discussion though. FWIW it’s my favourite Doom.

So, on the basis that the only way I’m probably going to get in on time to say anything is if I pick the record, let’s do The Diary.

Getting the (slight) negatives out the way first, it’s not quite perfect. Production on a couple of tracks (The White Sheet, G’s) does sound a little G-Funk lite, and Goin’ Down is… not great. Possibly meant as light relief after some of the heavier themes, but yeah.

That being said, the highs outweigh the lows on this to a ridiculous extent - more than pretty much any record I can think of. Aside from a couple of missteps, the production is brilliant throughout. Really varied, from slow motion funk (One) to classic period Geto Boys throwbacks (The Diary). But it’s Scarface who’s the main attraction, and on the best tracks (I Seen A Man Die, Mind Playin’ Tricks ’94) he’s absolutely untouchable.

He does everything from pure bragging and boasting to introspective storytelling, but it’s his voice itself that’s the most amazing thing. He can go from bone hard to almost soothing, sometimes in the same song, and his voice has this amazing, almost musical quality to it - almost kinda sing-song at times, but not in any way gimmicky. Lyrically he deals with some heavy themes (suicide, addiction, the negative portrayal of African American men by the US media) as well as girls and the more standard gangster stuff. As a showcase for an emcee, I don’t think i’ve ever heard better.

Thanks Shipment! I am really looking forward to listening to The Diary this week. I’ve only ever listened to his greatest hits before and this gives me the excuse to disappear down a Rap-A-Lot rabbit hole. I love the painfully funny appearance of No Tears in the film Office Space:

Which is second only to the fax machine smashine scene to the sound of the Geto Boys.

What’s going on with the album cover? Is that his diary?

classic scenes from office space for sure. wonder how much that boosted their profile over the years.

Love Scarface. Never really loved this album though and will never get why it was deemed his best by pretty much everybody.

IMO, he’s way better suited to the style he used on The World Is Yours - slower, pitched down vocal samples, bit more woozy, bit harder. Like Dan says, some of this does sound a little G-Funky, a little too clean for my liking.

But as I say, I seem to be completely in the minority here and pretty much everyone else rates this as his best. And I know doing a cover of an old track is his thing, but nobody should ever touch Minds Playing Tricks On Me, not even the Geto Boys. Unless it’s for a St Ides advert.

i think i ranked the diary as his best for some time. not sure i’d have it there now. first 'face album i ever bought was untouchable, which i still really love. mainly got it cos of his colab with pac but it’s full of lurching bangers. geto boyz werent really poppin in the bay area and his solo stuff wasnt reaching out there either (at least in my circles), yet.

i def had the fix as my fav at some point in my life, it was just cool to hear him over different production, less dark.

I like the g funk stuff on the diary

worth posting the video for the two singles off of this:

i seen a man die 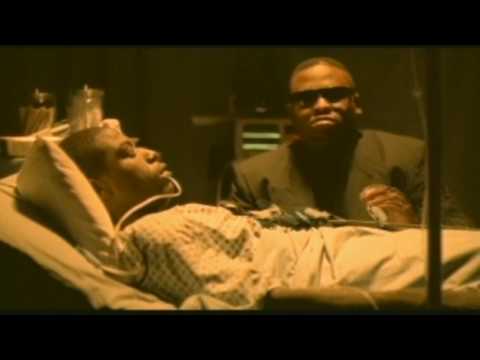 hand of a dead body 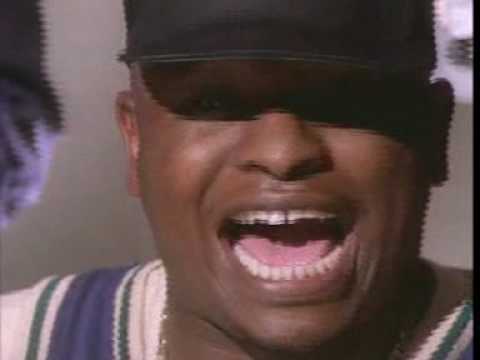 i think the two singles are prob my fav two tracks off the album. add the title track and no tears to round it out to a top 4.

scarfaces verses on hand of the dead body >>

We got this whole motherfucker on a mission
Now the whole entire world’s gotta try to come up with a quick decision
They claim we threats to society
And now they callin on the government to try and make somebody quiet
For the bullshit they done to me
Gangsta Nip, Spice 1 or 2Pac never gave a gun to me
So gangsta rap ain’t done shit for that
I’ve even seen white folks from River Oaks go get the gat
So why you tryin kick some dust up
America’s been always known for blaiming us ni&&as for they fuck-ups
And we were always considered evil
Now they tryin to bust our only code of communicating with our people
Lets peep the game from a different angle
Matt Dillon pulled his pistol every time him and someone tangled
So why you criticize me
For the shit that you see on your tv
That rates worse than PG
Just bring your ass to where they got me
So you can feel the hand of the dead body

my favourite face album and probs in my all time top ten. dude was ridic consistent though so you could reasonably claim that any one of three or four others is his best album. maybe the best rap voice ever?

I remember when there was a song on radio 1 playlist by a white pop singer, Robbie Williams I think where he talked about a gun and at the same time they playlisted I think 50 cent and his mentioning of a gun was bleeped out. about 2006.

I’ve thoroughly enjoyed getting to know The Diary over the last week. At first I wasn’t really getting it and it felt like there was an angry man following me around who wanted to kill me. Then I played it on some something with proper bass frequencies and it all fell into place. The White Sheet, Hand of the Dead Body and The Diary are especially good. The one track I find a bit painful is Goin Down. I’m not a big fan of bad singing in hip hop choruses and I think choruses in general are best avoided. The combination of bad singing and misogyny made it worse.
In general though, I like the pace, flow and sound of the whole album. I especially liked that Spotify had a chopped and screwed version of it. I could listen to that all day.

The Diary (Screwed), an album by Scarface on Spotify

I’m liking this more in 2019 than I did in 1994 for some reason. Like a lot of albums in these threads I’m really glad I revisited. Still don’t think it’s his best though.

Haha - a commonly made post in these here threads! (when discussing artists from the south)

On November 2, 2016 The "Take It Personal" Podcast was launched as the Golden Era and boom-bap-focused radio podcast. Brought to you by Philaflava, Kevlar, DJ 360, and Aaron Wade.

Didn’t realise Scarface wrote Bushwick Bills verse on Minds Playing Tricks On Me, and was meant to be a solo track. What a track. Got to be in my top 10 ever.

God - just had a flashback and remembered where I first ever heard it.

this week’s pick courtesy of @jamos