Pixies 20th Anniversary Doolittle tour - Glasgow SECC 2009. It was good but it being my first (and only) time seeing them I left wishing they’d just done a mix of everything up to that point… would’ve preferred it be heavier on the Surfer Rosa material tbh

I’m not a superfan so I watched them more out of curiosity than proper love for that album - I left after Washer because I think they clashed with Sonic Youth (who I really wanted to see). They did exactly what I wanted.

forgot about this one as well, lovely stuff. another ‘every song peppered through the set rather than a run through in order’ one which feels like a good method (if the album is short enough to allow it i guess)

I’m really torn on this. On the one hand, for albums I love it’s great to see each track live. On the other, it kind of sucks the excitement out of it.

Part of what’s great with live music is seeing bands trying to flow tracks from different releases into a connected thing, and it adds to the excitement when you’re not sure which tracks they’ll choose or how it’ll work.

yeah i ended up skipping the Doolittle tour in Dublin, partly cos of money/travel etc and partly to hold out for a more mixed set another time. was kicking myself when Kim had left by the time they next played here. although my first time seeing them (post-Kim) was actually pretty great with a superb setlist. the two times i’ve seen them since they’ve seemed a bit uninterested.

[For the FAO of @manches and @keith too]

2013 is way later then. This was a show back in 2005 I think, back when they did that first reformation for ATP.

And while they were really well rehearsed it just lacked that organic quality where a band just click together.

Hence it was great but oddly lacking something and from the sense of reviews and the other people there it definitely felt like this was a general audience vibe.

Personally what I was sad about was they finished with Rhoda I think - whichever closes out Tweez - but clearly live you want the EP version with 4 minutes of feedback and noise… But we just got the sanitised two minute version.

Aye that Belfast show a few years ago was amazing.
Whole band was on fire.
Total contrast to how Pixies have become.

pleasingly Clap Your Hands Say Yeah seem to be touring the second album in full at the minute out of spite. i seem to be on their mailing list and there’s a bit of a vibe of ‘everyone hated it at the time so we’re playing it to prove a point’

i really think spite is the most solid reason i can think of for doing a full album tour though. fair play.

You left after washer?!?

There was a time years ago when they cancelled a Belfast show to go do a show somewhere else down south that offered them more money despite contracts being sorted and tickets being sold. Shitehawks! 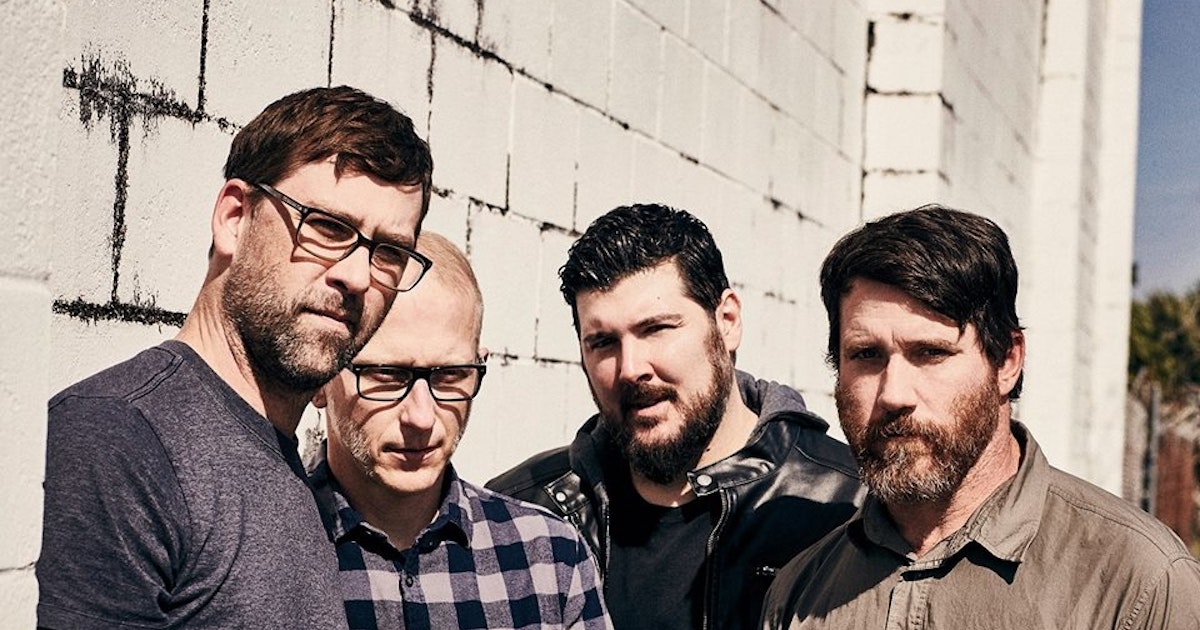 Really good, almost lost it with some people chatting through ‘let me sleep…’ - FFS they’ll never play this in a normal set, SHUT UP!!

Therapy? - Infernal Love x2 - once at Sonisphere and then at Electric Ballroom, with a cover of Acquiesce thrown in at the end)
Therapy? - Troublegum - so, so great and heavy and fun times.
Hundred Reasons - Ideas Above Our Station x2 - both times underwhelming and dated.
Hell Is For Heroes - The Neon Handshake x2 - first time, horrible sound, second time, great stuff.
Presidents of the United States of America - S/T - fucking brilliant, one of the most joyous gigs I’ve been to.
Fu Manchu - The Action Is Go - just a wall of riffs, was excellent.

I’m a fan of bands doing this, think it’s decent. Sometimes can make the experience really personable and make you reflect more on the album and enjoy it even more (I’ve a deeper appreciation for Infernal Love now, cracking album).

When I saw Mongol Horde back in January, they played all of their only album apart from the 1 minute weird instrumental bit, so that sort of counts. And Jailbreak, Like a Prayer and 2 MD covers.

Oof I would’ve loved that! I saw them in Berlin a few months before they released the Hunter, right at the start of my obsession with them, set list was spot on but to see Crack the Sky from start to finish would be something special indeed

Sometimes it works well for a brand new album. Courtney Barnett played her second album in full, then a bunch of old favourites. It’s a brave move that I can imagine going very wrong for a different band/album. In her case it was excellent - although I’m glad she is mixing it up again now, as I’m seeing her again in November.

As a nostalgic trip I don’t like it as much. What flows as an album doesn’t necessarily work as a setlist, and it ruins all the kind of setlist trainspotting I usually look forward to.

I’ve seen the Manics do it for Everything Must Go and The Holy BIble, and those are far from my favourite Manics shows, out of many I’ve seen. I’m glad they’re returning to some smaller venues, but the format doesn’t thrill me.