Already thinking of a European city break for next year and, having never been to Czechia before and a bit wary of Prague’s reputation as a stag mecca and its general touristy nature, would anyone who’s been to Brno recommend it as a suitable alternative?

IMO Prague is the thinking man’s Prague, though I do understand why it has the reputation that it does.

I’m a bit biased as it’s one of my favourite cities in the world, but I would recommend that if you want to do Chechia but are put off by Prague because of its reputation, don’t be. The touristy areas are no worse than their counterparts in any major European cities and there’s loads to do that doesn’t put you on a stag-do collision course.

(Sorry for not answering your question and I don’t want to tell you NOT to visit Brno… Just doing my voluntary work for the city of Prague tourist board.

Prague’s reputation as a stag mecca

The only time I’ve been to Brno was on a stag do. We got to shoot AK-47s in a gun range and then drank in a series of bars.

It was a really great place. Don’t recommend the guns part. We all hated it, including the Stag whose request it was.

Brno is great! Quite a studenty city, loads of good bars and generally a pleasant / safe place to walk around

Prague is also a must see really, +1 for not being put off by the staggy rep.

I’ve not mentioned it on here before but I lived there for three years.

In terms of things to do, Prague far outstrips Brno of course, but there’s some good things to visit: the ossuary (second largest in Europe behind Paris), Villa Tugendhat (but book months in advance), the Moravian Carst (and especially the boat tour), 10-Z the bunker, the dam and the town Hall. There’s the cathedral and the castle too, but they’re nothing special in comparison to others in the area… Still nice though.

It’s a pretty liberal place for the region, and really great for LGBT+ people. It’s safe as houses, and even the area that the locals are scared of (Cejl) is absolutely fine.

Great city to sit outside in the sunshine and have drinks.

It’s not too far from Vienna and Bratislava too, although I think the latter is the worst capital I’ve been to and Brno has far more about it.

Having said all that, if you’ve not been to Prague then you really should go to Prague. It’s dead good. Was never tempted to move there though. Stag parties were v rare in Brno.

Really feeling the love for Prague in this thread.

It’s nice, but a completely different thing to Prague. Not full of stag dos, but the general Czech vibe is very beery anyway. A fantastic city to drink in. Where’s there’s a view, there’ll also be a beer. At some point we went to a nuclear bunker museum thing and they gave us army coats and hats and sold us beer at the entrance. If the weather’s hot, there were some nice outdoorsy bits slightly out of town. One was a lake you can sit by and swim in, then avail yourself of the many food and beer stands around. The other was Macocha gorge, a cave system where you take a slightly terrifying boat ride on an underground river. You have to get a bus out into the middle of nowhere then walk a couple of miles through a forest and down into the gorge, but that’s part of the fun.

Genuinely couldn’t believe the boat ride in the cave from a H&S standpoint. ‘people on the right of the boat please duck now’

Prague is genuinely one of the most stunning cities in Europe. Sadly I’d also say that it is somewhere more ruined by mass tourism than anywhere else I’ve visited. It seems to have managed it much worse than places like Venice or Barcelona even. I’d still go though - just try to avoid the middle of the summer. I plan to go back in the middle of winter at some stage.

I love Prague, so many nice buildings, good restaurants, etc. Every time I’ve been has been on a stop-over to go to Fluff fest so I’m not sure what a stay of more than a few days would be like but there is a lot more stuff I want to see there, like Kafka’s grave

Went to Prague about five years ago and it’s easy enough to figure out where stag dos congregate. Think I saw only one in four days

I don’t go on holiday to think

I’ve been to numerous beautiful Eastern European cities with a reputation for stag weekends and here’s my tip - go during the week. I know it sounds glib but you’ll have a much better experience.

True. I guess I’m still scarred from my experience in Amsterdam 15+ years ago.

Thanks for the insightful contributions, guys, but we’ve decided to go with Porto next year. Maybe some other time…

Pretending to have plans to go on holidays to places is one of the stranger running bits on here.

My SO and I don’t live in the same country - her Switzerland, me England - so we visit eachother and spend time travelling together. I’m going to Zurich next Thursday - I try to go out to Switzerland a couple of times a year and likewise she visits me a couple of times a year - and we’re going on holiday to Morocco in October, and next year we’re going to Porto next summer - did discuss maybe going to Brno - and Kenya in the autumn. It’s an arrangement that suits us both.

Would be a weird thing to pretend. 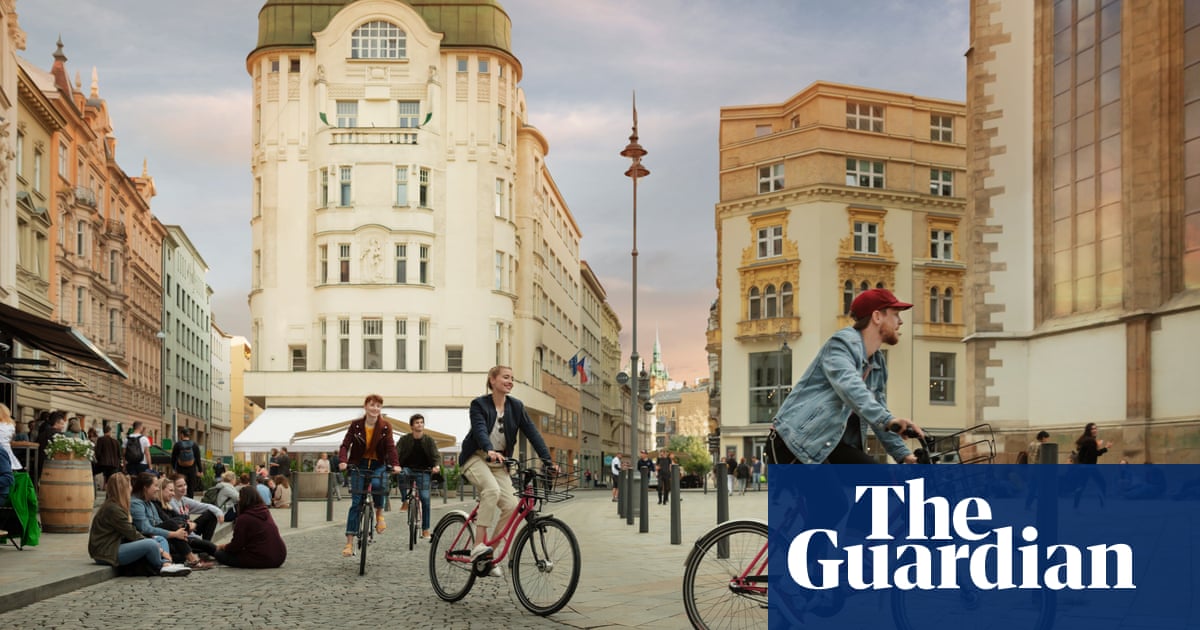 I took the train to Brno, Czech Republic – here’s my guide to the city

We continue our celebration of Interrail’s 50th birthday with a visit to a relaxed, youthful city that’s deeply into music and food

And in the Guardian too; very thinky.

Quite want to go back to Brno now