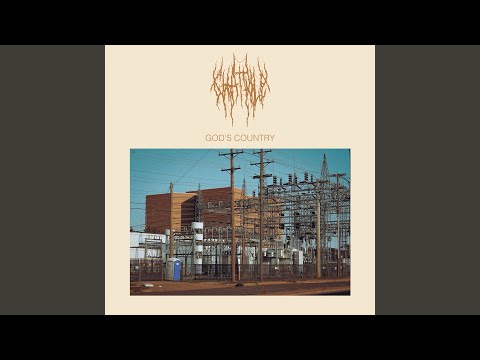 Yep, absolutely into it. Been rinsing over the weekend. Although I think some of the lyrics are maybe a bit silly? The Grimace song at the end of the record for example.

If you like these guys I recommend checking out Easy Prey and Exhalents. And Portrayal of Guilt too to an extent as they did a split together, although PoG vocals are pretty black metal(y) so may not be everyone’s cup of tea.

definitely quite like them - elements of both Oxbow and Daughters too. find the lyrics a bit ‘horrorcore-y’ at points, not totally sold.

I love this band so much. Had no idea they would blow up with God’s Country but rightfully so. It seems like they put everything they have into their music. I’ll forgive seemingly silly lyrics for a song like “Why.” The future is here and it’s ending slowly and painfully, and Chat Pile is here to soundtrack it. Remove your skin, please.

Had never heard of these folks until last week, but have quite enjoyed my first few listens to the record.

I wonder how many bands they sound like? Pamela reminds me a little of Good Friends and a Bottle of Pills by Pantera

The first song sounds like Godflesh, there’s a really industrial metal sound to the drums.

Had it on this morning, very odd, but very good. Grimace track is a fucking banger.

Can hear a bit of Slint (Tweez) in them as well. With a good whiff of Korn

The line up the animals bit reminds me of when Silverchair wanted to demolish the monkey. and some of I Don’t Care If I Burn reminds me of something by Shellac.

I stumbled across their This Dungeon Earth album back in 2019. Nice to see them getting some love now.

No but seriously everyone go listen to Rainbow Meat now. SEND MY BODY TO ARBY’S

Think the immediate and obvious comparisons would be The Jesus Lizard, Godflesh and although they’re not thrash, the bit gated reverb on the drums is very Slayer isn’t it?

I’m a massive fan of this band and record and it’s great to see so many people get on board following this album’s release. I think what’s so exciting about them is pretty much each aspect is interesting and/or a talking point; from what their music sounds like/how good it is, the delivery of the vocals, as well as the lyrics and their themes. Not sure I’m in agreement with their lyrics necessarily being silly…there’s humour there of course, but darkness throughout it all as well. I mean, who else really writes a song about excessive drug use and hallucinating that Grimace is a demon driving them to the brink??! Maybe that’s not everyone’s thing, but there are other more ‘worthy’ topics (such as within the lyrics Why and Anywhere). They talk about their lyrics a fair bit in the interviews I’ve seen so it’s worth seeking them out if you’re interested…

Anyway, fully onboard with this bands success and definitely recommend checking out their 2 EPs as well. Sadly I don’t think they are interested in touring much so it may be doubtful that they will come over here

NB: My avatar is in no way Chat Pile affiliated, but it’s nice to know we both share an affection toward the purple man

There should be more sniffs of Harvey Milk tbh