Interesting read, thought it might spark some discussion. How do you cover your costs or even make a living/profit from your work?

One way I make money: YouTube lyric videos. My audience in Mexico gravitate towards YouTube a lot. Those lyric videos passively have paid my rent. When we did it for one album, we went ahead and did it for everything. 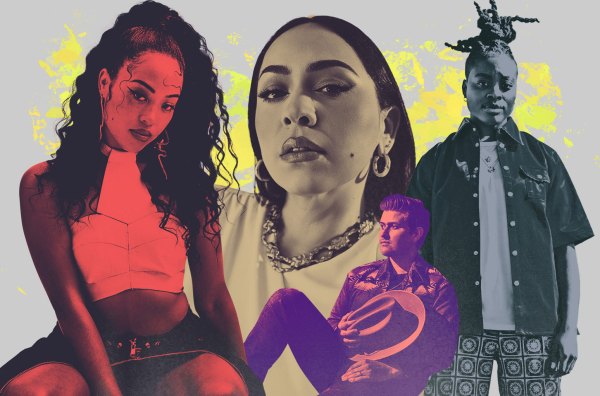 Eight independent artists like Carla Morrison, Joyce Wrice and Austin Burke, share how they self-fund their careers without the label advance.

Making money in music is not easy.
Too many competition.
Keep on making good music, and it will come.
Love this thread, Sean.
Rene

Interesting article. I had never heard of the term ‘sync’ before.

How do you cover your costs or even make a living/profit from your work?

Interesting article. I had never heard of the term ‘sync’ before.

It’s just an industry term for synchronisation of music with film, tv, adverts, video games etc. Basically getting paid to soundtrack something. With a bigger fee for writing something specific for a brief.

I had never heard of the term ‘sync’ before.

I make around 2-4k per year from music sync

Ha, not denying it exists, just rare to read a music industry thing I don’t recognise

Morrison broke into the music scene at 18, playing small shows at cafes in Baja California, before the indie route was considered “cool.”

The indie route was cool when DiS started right? And had been for a while? That was before she turned 18.

Some musician do make money while they’re independent, but you have to essentially run a full size proper business and spend lots of time on all the business things like accounting, legal, marketing etc. Very few people can actually do that, I know I couldn’t.

There’s bedroom musicians out there writing incredible music that almost no one hears cos they’re not cut out to run a business. Plus the challenge of getting started while you make no money if you’re not from a wealthy background with a safety net or trust fund.

Feels like that article pretty much said that the way independent artists make money is basically the same as being on a label, such as the sync deals. On the upside there’s no label taking a cut, on the downside you have to do everything yourself and getting started with all that is daunting.

I wouldn’t want to be a full time musician if I had to spend large amounts of time doing things that weren’t the fun bits.

I wouldn’t want to be a full time musician if I had to spend large amounts of time doing things that weren’t the fun bits.

Exactly this and it covers up the fact that a lot of “independent” artists have large management companies and are distributed by a major owned distributor.

There needs to be more tools to make the life of an artist easier but there’s so much complexity with very little return and the challenges of cashflow which makes everything so much harder.

The indie route was cool when DiS started right? And had been for a while? That was before she turned 18.

I assume they mean cool as in record companies and the like could leverage it to sell shows etc.

DIY etc was cool on one level 20 years ago but I don’t recall it being seen as more than a temporary stage to getting signed.

But I am quite possibly misremembering or misunderstanding the meaning.

Exactly this and it covers up the fact that a lot of “independent” artists have large management companies and are distributed by a major owned distributor.

I think it depends on the genre - it’s often the bread and butter for jazz and classical musicians.

For sure. Both of my parents are musicians, and my mum was essentially a ‘teacher who sometimes played’ for about 25 years before she landed an orchestra job. I think it ended up being pretty miserable for her teaching school kids who didn’t really want to learn but she’s much happier now.

Hi Sean,
What do think of Distrokid?
I’m sure you are aware of them.
Thanks in advance.
Rene

I think one thing to be careful of, which I don’t think is ever researched, is that these articles aren’t helpful unless they actually provide the accounting for the individual. It’s really common for musicians to act like they are making a living off of music, but it turns out that they were gifted property (i.e., no rent to pay) or have a trust fund (i.e., living expenses are covered), and so conflate the difference between (1) generating revenue, (2) making a net-profit off of “business” costs, and (3) cover traditional normal-people living expenses, including health insurance.

This is basically never validated, and oftentimes musicians present an image of living cheaply as part of their marketing, when in fact they are supported by a lot of gifted wealth that they find “impolite” to talk to. I know many musicians in my city who only privately mention the fact that they own real estate in NYC (which makes many of them millionaires) or have stocks, but then publicly will complain about not being able to pay for rent (and by rent they mean property assessments, and don’t want to cash out investments). I think when a lot of this is actually accounted for - the prospects of “running a business” become a lot more dire - while simultaneously making it more apparent that “full time musicians” have quite a bit of inherited wealth.

Most “full time” musicians that I know in the city are making most of their money off of teaching music, or charging for music-services - either gig work or music production services, and living off of a nest-egg that they have built up from a prior job, so that they can be “full time” musicians for a few years. There isn’t a lot of money - and it doesn’t often line up with musicians who are doing the best work.