🎵 How Good Are They Really 🎵 65daysofstatic Gonna give them a 5daysofstatic

My favourite band. The band I have seen live the most.

When I first heard them (Retreat Retreat on MTV2 Gonzo) my gut level animal response was “well, this is exactly what the music I would make if I had talent would sound like so it’s time for me to put away the guitar for good”

Wild Light runs TFOM close for me but that youthful, chaotic, brash as fuck sound of the debut will always be the most special one for me. I’m so glad they did the ten year anniversary shows of it which must have been hard for them given how forward looking they are.

Sort of worried they’ve automated themselves out of existence now but everything they’re doing with Wreckage Systems is properly fascinating even if its not particularly enjoyable to listen to, for me.

Also, there was a really nice bit once where Paul’s Mum saw that me and a pal were wearing (different) 65dos t-shirts at Glastonbury one year and asked to have her photo taken with us to show him which i found adorable.

A great band I don’t listen to as much as I should. A 5 for the drop into the euphoric chorus of Await Rescue on its own.

I loved the first two albums but have only listened to the following albums a couple of times.

I had something like six opportunities to see them live for free in the mid-00s because my mates were on the same label as them but missed out for work reasons every time.

I think One Time… is the better album but the best bits of TFOM are their best bits.

Was anyone at that Dingwalls show when they were road testing WWEA material before it came out and there was a power cut just as WK4 was climaxing and it felt like they had put in such an amazing performance that they’d broken everything?

I have never, ever felt more hyped to hear a finished track than I did after that.

I have never heard a note. I will now put on The Fall Of Math and report back.

I was with you I think.

Yeah, I think you were actually. God, so long ago now.

Man I used to love these guys when I was a youngun. Looking forward to a binge today

Yeah I remember it well. Mainly as I broke my foot at the same venue the following week.

Was anyone at that Dingwalls show when they were road testing WWEA material before it came out and there was a power cut just as WK4 was climaxing and it felt like they had put in such an amazing performance that they’d broken everything?

Yep, was also at this one - was basically at the height of my 65daysofstatic fandom. WK4 cut out at pretty much the perfect/worst point of anticipation!

For a long time, 65dos were my favourite active/current band. Was a bit late to them, bought The Destruction of Small Ideas after reading a glowing review on Stylus Magazine and became obsessed almost instantly. Like a few of us in the band thread(s), I’ve slowly lost interest as they’ve gone further down the automated/algorithmic road, it’s an interesting process but the music largely leaves me cold.

I got into Errors, Three Trapped Tigers, Rival Consoles and probably a few other artists by association.

Can’t be anything less than a 5 for over 10 years of amazing music.

Find 80% (at least) of their stuff very, very dull. The worst of post rock and edm mixed together.

Some tracks like Retreat Retreat are absolute bangers though.

Poor man’s Mountain Men Anonymous at the end of the day.

I dated a girl briefly who loved them and but we broke up before I had chance to get into them and couldn’t bring myself to listen to them after that.

The Fall of Math probably

Banger doesn’t really do it justice. 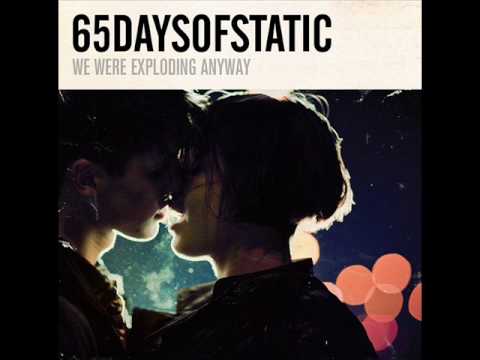 Depends what your into. The Fall of Math is one of the first mergings of electronica and post rock and is still a lot of fun. We we exploding is more dance based and full of bangers. I’d recommend either of them.

Wild Light is the best representation of what they are tbh, combines all the different elements that each of their albums before have kind of been one focus of or something