🎵 How Good Are They Really 🎵 Bruno Mars

Allow me to be frank; Bruno!

Patti Smith gets a high 3:

Dunno how to rate him. His songs that I’ve heard are really fun (although I recently realised Uptown Funk isn’t actually ‘his’ song) but also they’re sort of intensely unremarkable because they sound so like something from the 60s or 70s that my brain just sort of pushes it into a box marked “my parents’ generation”.

No uptown funk there funky?

Seems incredibly good at what he does but because what he does is imitate either specific artists or styles the result is imo somehow lacking in soul. There’s no slight rough edges or sense of his own personality coming through, it’s always just a perfectly performed and perfectly produced facsimile.

I can totally understand how lots of people would like him, very radio/playlist friendly etc but I’m kind of amazed that people love him.

Having said that will abstain as I’ve only ever heard the big singles.

Was gonna say it’s not purely him, but Silk Sonic is on there and that’s just as much Anderson .Paaks project as Uptown Funk is Mark Robson’s. So…

Bruno Mars is only a featured artist on Uptown Funk.

Silk Sonic is something he’s an active member of rather than just a guest vocalist i think.

The Lazy Song was incredibly irritating though.

I know what you mean, 'arry

On a less unfunny note, I was in a public place the other week and a song that sounded very much like Bruno Mars came on. I would describe it as breezily uptempo and it had hawaiian sounding guitars on it. Beltin’ tune, can’t remember any lyrics mind.

anyone have an idea of what song of his it might have been?

Uptown Funk is a good song

Shows how much I know, would have voted for that one like

I genuinely couldn’t hum/name/pick out a song in a line up, nor him probably.

Which song will make me think he’s great?

None of the songs in that list are familiar to me. I will have to abstain from this one and not vote purely on Uptown Funk, which I can acknowledge is catchy as fuck, but deeply, deeply annoying to these ears.

I don’t know any of his songs so I can’t talk about Bruno, this always makes me smile though 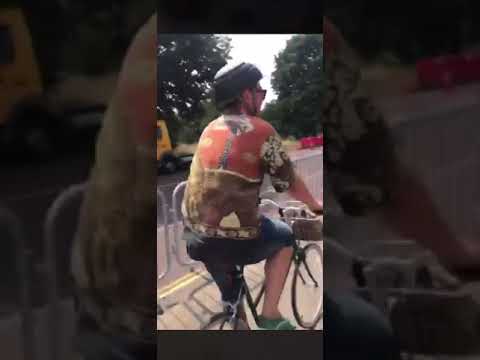 Think this might be Uptempo Hawaiian Guitars by Bruno Mars