🎵 How Good Are They Really 🎵 Pearl Jam

Couldn’t decide between ‘Vedder the devil you know’ and ‘Darth Vedder’ so you can have both.

The Streets go level with Ash and Led Zeppelin: 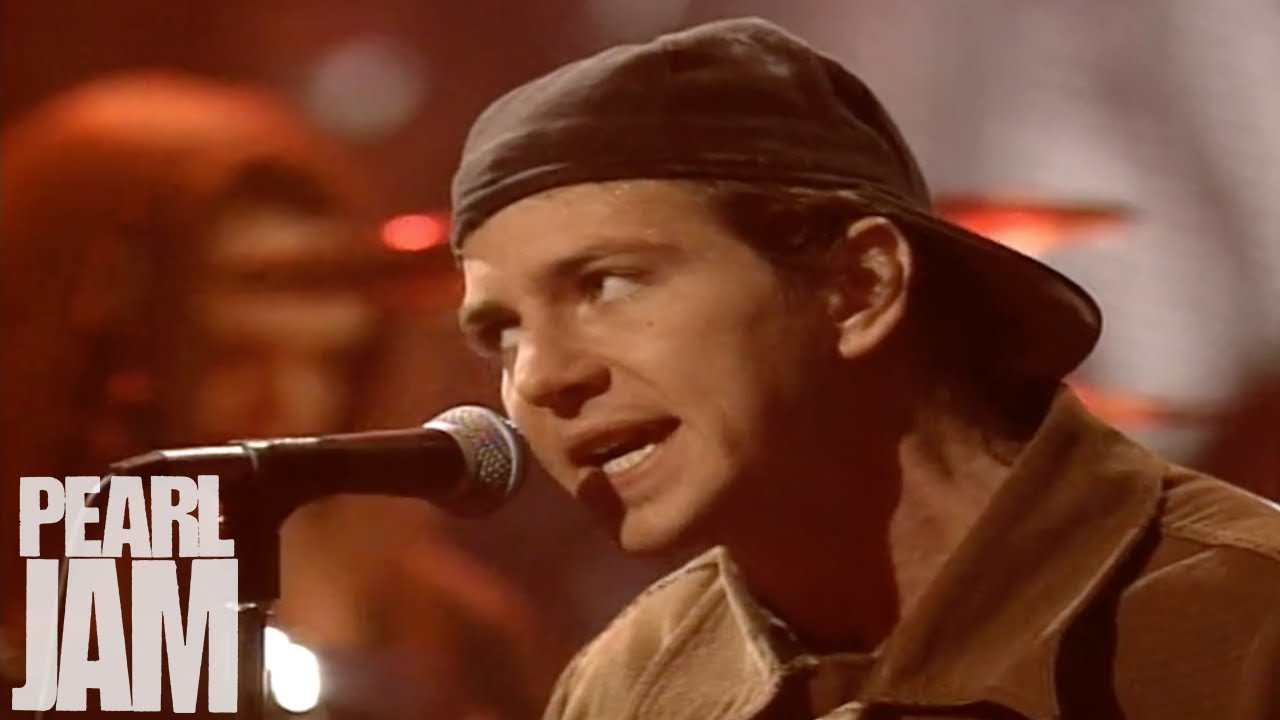 Absolute tune. Rest of their catalogue that I’ve heard leaves me cold.
Always felt like I should like them, as Ten came out when grunge was my thing, but it never clicked, whereas SY, Mudhoney etc all made total sense to me. So a 2 I think, but not sure if that’s not a little harsh.

Not my favourite band, but love a couple of pieces. The video for Do The Evolution is an all timer. Great live. Feeling generous - 4. 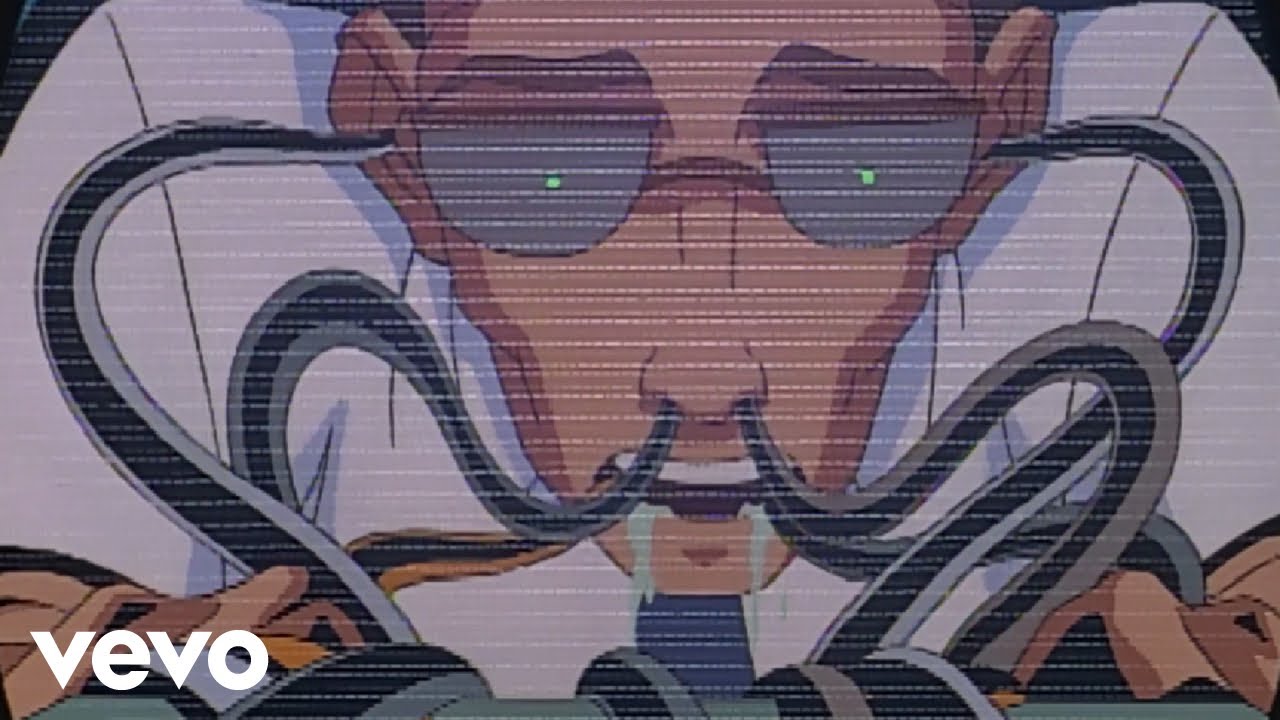 Steep decline from there

Got Ten for my birthday when I was, I think, 15 and was so disappointed. Had loved Jeremy and Alive, so when I was faced with the constipation anthem even flow I just couldn’t deal with it. Kept trying throughout the years cause I kept being fed the message that they were great.

Thought no code was pretty interesting although it was very scattershot. Got, return to form apparently, album Yield and there was a couple of decent songs but it was very very pedestrian.

Are they a gbol? I have no idea.

They probably have lots of good stuff but his voice really gets on my tits and can’t get past that.

Always seemed to be a lot of sniffy views about Pearl Jam that I’ve never quite got. Solid 4/5, a lot of great songs.

Got a playlist of some of my favourites that I made for a nostalgia kick but surprisingly have ended up sticking it on regularly.

Will probably get a bit of a kicking. And I can understand why. Classic rock dressed in plaid with an overly earnest annoyingly voiced man bellowing over the top.

But they meant a lot to me as a teenager. Came along at exactly the right time for me. Whilst nirvana were a visceral thrill, i could properly get lost in ten. Don’t think its aged well but I’ve still got a big soft spot for it. Vs in retrospect a much better album that I was massively into for a few months before I started to drift away from them.

Could be a bloodbath.

Got some massive choons. Really like No Code too. Gonna listen to some other stuff today and see what my impressions are. Could go anywhere from a 2 to a 4.

Another not for me/5.

Seem like a band who have a massively devoted fanbase who buy dozens of live albums, follow them on tours, buy loads of merchs etc. Like an absolutely massive cult band in a way.

Always have been. At the time they were seen as not ‘as real’ as nirvana, and even as bandwagon jumpers which was ridiculous as they were all part of the seattle scene from the beginning. Vedder was always ridiculed as being too earnest and only in it for the fame. And he got properly slated when he said ‘it could have been me’ after Kurt’s death.

Not for me Clive but Vedder seems a good egg so will abstain.

One of the formative bands for me. Listened to them loads aged 13-17, then hardly at all for the next 10 years. I then picked up the Rearview Mirror compilation, as I only had the first 3 albums on cassette, and got back into them. It’s strange because I don’t really listen to anything else as solidly classic rock and Zeppelin-influenced as they are. I do think they’re a band of great songs rather than great albums - each of the first 3 albums has a mix of brilliance and filler imo. Vs probably has the best balance. I think No Code is the album that’s held up best for me though, probably because of the big Neil Young influence. Off he goes in particular is stunning.

a weird one where I have zero urge to explore them more, but I enjoy most of what I hear. I guess there are a handful of standouts tracks I can reach for if I ever need the PJ kick, and otherwise my mind just goes to other bands instead. That feels like a big ole 3 to me

Rearview/Elderly Woman/Daughter is a great trio to have on one album though, and Glorified G has such a fun wonky riff

there is this slice of fun though - Bob is smaaashed 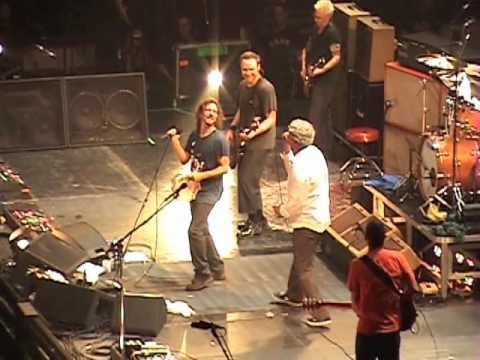 One of the worst voices in music, can’t get past it. Only ever listened to Ten, and I get the feeling it might be something I’d enjoy with a different singer, but then again it might not. Most grunge has aged badly and they’re not an exception. Gonna give them a generous “really not my thing” 2/5.

Indulgent post alert, move on if that’s not your bag:

When I was a teenager, this was my favourite band in the world.

I had all of their albums on CD, all their singles, including some duplicates if they were foreign imports. Knew their b-sides almost as well as their album tracks.

I learned to play so many of their songs on guitar, and would play and sing along to them, sometimes just noodling on top which seemed to be Mike McCready’s job. I remember people in school being so impressed that I knew the Alive and State Of Love And Trust solos, which made a nice change of social reaction for someone who was very awkward.

I scoured their side projects, from Temple Of The Dog, Mother Love Bone, Green River, Brad… Discovered so much music through them that way.

Then I got older and over time my love of them ebbed away, helped with each release being less and less interesting over time. The final nail in the coffin was that avocado album. I disliked it so much, believing it being the sound of a band who’d made such a big deal of doing their own thing no matter how uncool it seemed suddenly trying to make a down-the-line rock album despite it not playing to their strengths and seeming to just appease that type of fan that they had. I’d loved the fact that Vitalogy and No Code had been such low-key fuck yous to expectation, even if it was all major label. Anyway, at this point I don’t even think it was that much of a change for them, just a reminder that I’d changed and their music didn’t speak to me any more.

I rarely listen to them now, and sold / gave away all my CDs. If anything, the only albums I really listen to are Vitalogy and No Code. Something cosy about their internalism. Can’t listen to Ten at all anymore, but even at the time it wasn’t my favourite. Feels weird writing about them now, trying to remember what it was that I loved so much, but I can’t really say, and if anything it’s more of a reminder to myself that I don’t really understand my young self anymore. I know the things they did, but don’t understand why.

I’ll give them a 4. They deserve a 3, but even if they just feel like old friends I lost touch with now, I know they helped me a lot at some point.