🎵 How Good Are They Really 🎵 The Stone Roses

As chosen at random in last night’s evening thread by our friend @anon34135029, it’s time for this!

The Flaming Lips get a decidedly average score Wonder what the outcome of this will be…

And off the ‘Very Best Of’

1st album always makes me feel Christmassy. Think my brother got it one Christmas and rinsed it.

A band that I don’t understand the appeal of at all.
Boring as fuck.
I do like I want to be adored though, it reminds me of the Fields of the Nephilim.

Enjoyable if overrated first album, Fool’s Gold is an iconic single. Yer man is now an anti-vaxx bellend. Probably the easiest 3/5 outside of Franz.

Never done anything for me, outside of a couple of singles. Weird cause I was really into britpop etc at the time and that lead me to investigate them but it just bored me really. Don’t get it at all but What The World… and Sally Cinnamon are quite good so 2/5

With the exception of Fools Gold just never clicked with me. Loved the first album when I was younger. Bored by the second.

Saw them live at Reading 96. It was the most comedically bad performance I’ve ever witnessed. I wandered off to watch Underworld instead. Skip to about 3 minutes 15 seconds if you dare. 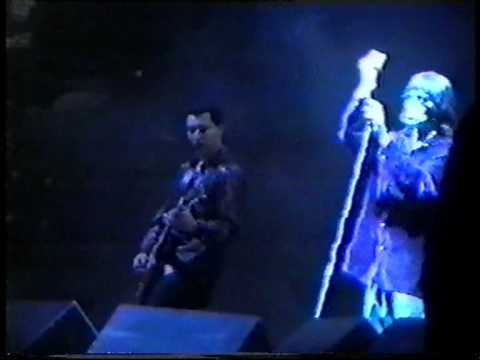 The Charlatans > The Stone Roses

3/5. 1 point for the album, 1 for John Squire & Mani and 1 for Reni on his own seeming like the soundest one and a phenomenal drummer.

Quite enjoyed John Robb’s website posting this over the weekend gutted I didn’t get to see the article:

Maybe because again it was ‘my era’, the late 80s, early 90s that they came through and I was 15 but I think the first LP is amazing. Literally a classic. Kind of wrapped up in the whole guitars + influenced by dance music that the ‘madchester’ sound was about. Moving away from the more fey ‘indie’

This is the One/I am The Resurrection as a two part closer is amazing. Nothing they have said or done since matches it. (Apart from Fools Gold which came out after the LP)

I never really listen to The Charlatans any more but I reckon I’d still really enjoy their best-of if I was to stick it on. Also Tim Burgess seems like a consistently good egg.

Think I’m rounding The Stone Roses down to a 2 on reflection.

No band with Mani on bass could be worse than a 3, no hand with Ian Brown’s vocals could be better than a 3.

First album has some lovely, lovely songs, though.

I was about a year late to the initial hype and just didn’t get it.

The single mix of Elephant Stone is a great baggy record and there are a handful of good tunes on the first album, but they’re massively overrated.

I get why people in their mid 40s are mildly obsessive about them - I’m the same with Carter USM - but I’m not sure why younger folk still go for them so much. But suspect those same fans love The Beatles, Oasis and Kasabian too.

Ian Brown is the weakest link by a long way. Dunno how long John Leckie must have taken to get a tune out of him during the album sessions.