🎵 How Good Are They Really 🎵 TV On The Radio

Return to the HGATR mountain…

Today it’s the turn of… Ah, a crossover with the ‘bands no one has thought about for ages’ thread!

That whole Pitchforky school of US indie rock from, say, 2005-2011 feels more remote to me now than anything from the 1990s. I’ll have to listen to TVotR again before voting, but I can’t imagine it’s going to be a high score.

Went through a phase of really enjoying the first three albums but the last two were so dull they’ve ruined the whole band for me, don’t really ever want to listen to any of their albums ever again.

Generous 3 for the good times.

Dont think I listened to anything after Dear Science which was a big letdown. Those first 2 are good tho. Really wish I went to their ATP. 4.

Massively huge fan of the first 2 records. The other 3 I don’t much care for as much although I do like bits of Dear Science but, those 2 and Young Liars are at least better than some on 4 and above. Plus even though Dear Science wasn’t the 1st 2 it was the best tour I saw them on also did a really good daft cover Ghostbusters.

In the Strokes thread people were going on about them being artificially pushed into the music press. For me all things being equal these should have had the biggest push of them all in the press that never quite came for bands of that period from New York.

Every halloween I put Wolf Like Me on a playlist and it inspires me to listen to some more of their albums which I do and then immediately forget, only to repeat the same ritual the following year.

those first three records are still great, i saw them a lot around 2006 to 2008 and they were incredible live 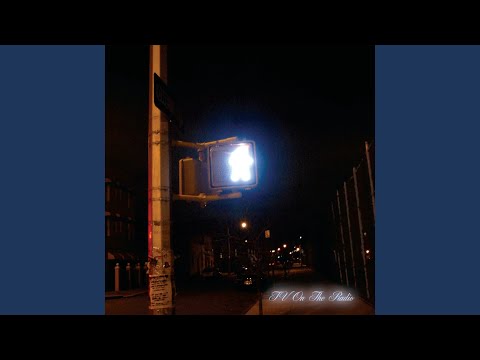 Yep. Dont get the hate

3/5 - the peaks are amazing but I never really fell for them in the way some people did. I almost like hearing other people talk about them more than I like their music …

I Was a Lover is such a cool, weird album opener though. Regardless of legacy they clearly were doing more interesting and unusual stuff than nearly all the rest of the Brooklyn P4K set, felt for a minute like they were really going to make “guitar music” into something new

The Letterman Wolf Life Me performance is one of the best TV debuts I’ve seen, they just seemed totally electric. Seem like a GBOLs from Meet Me in the Bathroom too

Bought that first album and really enjoyed it. Hated the second album and gave up on them. Feels a bit harsh to rate them on that basis.

2/5 - same criteria as QOTSA. I thought they were okay for a while, but never really investigated.

Surprised they’re being discussed in HGATR as they seemed like an also-ran from a period full of also-rans.

I’m doing a 4 based on how amazing their early work was and how important they were for me (though I did miss seeing them play at a festival and watched Gayngs instead which is a huge regret). Also one time I nearly got to work with Dave Sitek but my manager sent him an email addressed to Dave Shitek by mistake and he decided not to bother.

Surprised they’re being discussed in HGATR as they seemed like an also-ran from a period full of also-rans.

Sorry. It was me last time, eh?

Return to cookie Mountain is legit incredible, the rest ranges from very decent to kinda boring sadly.
Dear Science I remembered being 9ne of the most disappointing records I have ever heard in my life but think it may be due a reevaluation by my older ears
4

Due a revisit, perhaps!

I think so! Thought they were quite a good candidate tbh, a band a lot of us were probably into but haven’t revisited for a while.