So Edge & Christian score an impressive 4.18 putting them just under The Steiner’s in tag teams and a very difficult prospect to beat in the attitude ERA. Meanwhile their stable and its leader Gangrel and the Brood do less good with 2.36.

And now, we have two young lads for South Carolina, the doormen of the King of the Ring '96, the boys of Michael Hayes, Gangrel and Terri Runnels, the heartthrobs of the attitude era, the ladder match specialists, later they would be Brother Nero (I knew you’d come) and the broken one, they are… 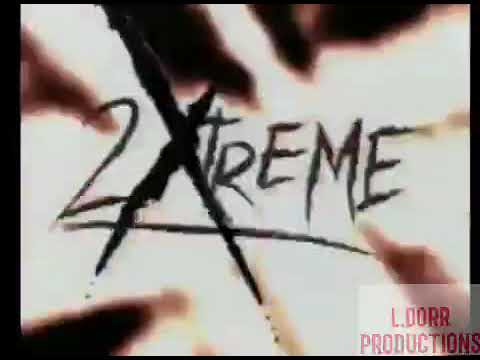 So, how good were Team Xtreme really?

How Good Was Lita Really?

Just for their first run, absolute solid gold 5 of a team. Even when they weren’t doing crazy stuff, there was a real distinct style to everything they did. I loved watching them, I loved playing as them in the games, I loved stupidly trying to emulate their stuff with friends.

Kind of depressing now, I hope they manage to have an enjoyable retirement.

Opened the door for the young bucks. 1/5

Gone with a 4 for both the Hardy Boyz and Lita.

I’d argue Jeff’s spots were probably more important than anything over getting that Tag Division as over as it was, Matt always understood the mechanics of the game better than most, even in those days and they definitely have plenty of chemistry together. Not as good on the mic as the other two big teams in their era though and I think Matt’s done stronger work on his own.

Lita was clearly one of the top 2 women back then and an oft cited inspiration for much of the 2010s generation. I rate Stratus the slightly better of the pair, but that they main evented Raw in that era is no mean feat. I don’t think Lita stands up with the current generation of women’s wrestling though, so a 5 would be over-generous IMO.

Remember watching that ladder match they had with the Dudley Boys at Royal Rumble (what a card that Rumble has, possibly the best undercard of a Rumble ever?) and being sold on them. It’s amazing what they did, how long their career has been, considering the other two teams retired quite a while ago. Obviously Matt has not been in the best health all the time, but he’s still going. Jeff is so charismatic, considering he’s possibly one of the worst talkers and as @anon76851889 said, Matt has a great mind for the business.
What Lita did in the business at that time was pretty damn good and coming out Boyhitscar will always make me have a soft spot for her. Funnily enough, I managed to see the punk band she was in called The Luchagors in Nottingham when they came to the UK and it was pretty good show.

It is fantastic though right enough, such a great show and match

When you look at the matches, there’s 2 matches that could be argued as some of the best for the participants (Hardys/Dudleys and HHH/ Cactus Jack). The debut of Taz and he beats the undefeated Angle. Alright the bikini thing is bad, but the Rumble itself is pretty decent

Going off topic here, not a fan of Young Bucks?

I’m joking slightly. I think they’ve done some great stuff and the way they’ve built a career for themselves avoiding the WWE is extremely impressive, they are part of the embodiment of what AEW is meant to be about and are very innovative.

That said, I find them arrogant and annoying as fuck.

Fair dos, really. I’m gonna go Jim Cornette on them, what they can do is very impressive, but their lack of selling and the way moves seem to be overly complicated sometimes and the length of time both of them are in the ring at the same time, really annoys me. But, as you say, look at what they’ve built, so my opinion means absolutely nothing, they’re hugely successful doing what they do. I do think they are amazing businessmen though.

Clearly massively influential. 3/5
Dudleys and E&C are a good step above even watching back now.

That pop for the return at mania was something else (was trying to find the new day’s backstage reaction to it, but couldn’t)

Great tag team, and the final deletion was brilliant bollocks (I know it’s not a tag match, but still)

No way I’d have the interest in wrestling I do without being sold on the team extreme mystique, even though they were on the way out when I started watching. Even now my younger siblings go absolutely wild for Jeff

He was a very handsome boy

The most exciting thing I’d ever seen, drew their daft logo on my school planner

I actually have them a 4 btw, never my favourites but I appreciate how important they were (and Lita is also a 4 for being somewhat revolutionary for the time)