I’ve seen so many smart comments from musicians in response to baffling and belittling denouncements from Danielle Ek last week.

Got me thinking about how music streaming has become stagnant and needs to evolve. Any ideas? No matter how big or small? Things that were great about old services you wish still existed?

I kinda wish RDIO was still around for starters, they had so many amazing functions and you felt like you could explore music and organise a collection.

Here are a few thoughts in a thread but nowhere near as on the nose as Zola Jesus’ post and continued dialogue about art in a time of digital disruption.

“Ek’s saying that musicians need to look at themselves less as artists and more as content creators. We have no muse to serve but the marketplace, and without adhering to the rapid 💓 rate that is Spotify’s demand for new food for their algorithm, our careers are bound to perish” twitter.com/zolajesus/stat…

i took my thoughts off twitter and responded to daniel ek's latest interview about @Spotify and the realities of how streaming has changed the landscape for musicians. public post. https://t.co/7lUeaIulET https://t.co/RQcW0fe7ue
2 Likes
sean 4 August 2020 10:53 #2

One simple thing streaming services could do:

Message your listeners. It’s a basic idea but currently acts are paying huge sums for mailing lists and retargetting marketing campaigns. Much like my desire to be able to send one DM to all your Twitter followers a year, the ability to communicate with your fans and people who’ve stumbled across you seems damn obvious.

In the last days of iTunes they finally launched “complete my album” and Spotify have started doing alerts for acts I follow but they feel rare and slightly random.

Obviously you would only want it for an act you’ve heard like 5+ songs and they would need to limit the volume of messages you get but surely that would allow for the storytelling and ongoing dialogue that Ek has decreed artists need to do? Why not make it easier for them to do so?

Probably just Google Play Music but with better sorting of Albums - baffling that you can’t sort them chronologically.

Not going to get fixed now, but it’s the only complaint I’ve got about the whole service.

wish RDIO was still around for starters

I had a subscription for quite a while and it was definitely my favourite streaming service. I wouldn’t say it was vastly superior in terms of music management and exploration but definitely the best overall experience imo.

I now have Roon, which is expensive but to me well worth the cost for the way it has transformed my experience of digital music. It uses offline processing power so couldn’t just be a template for improving streaming but I’m sure some aspects could be adopted.

As for the wider stuff I love bandcamp, it just feels like the right answer for a lot of artists and users. But I think we are now in an inevitable splintered phase of music listening where everything is a niche with no dominant way of ‘consuming’ music.

Honestly, and I’ve said this in the Bandcamp threads previously, I think some kind of ethical streaming-with-download service is theirs for the taking. The Bandcamp user interface is currently horrible but they’ve gained such a huge new amount of eyes on them recently, as well as the support of literally every indie artist in the industry, that it seems a no brainer. It doesn’t have to be a ‘spotify killer’ or even attempt to court major label players, just be a service that is ethically transparent and supportive of artists.

It’s extremely clear from the success of Bandcamp days that music fans want to support their artists, and know that it’s going to them.

I think Deezer might do that second point? Think it’s a great idea. Something like that combined with a PWYW streaming/subscription model on Bandcamp would be a winner for me

One really refreshing thing about Bandcamp is the lack of algorithm-based recommendations. My discover weekly on Spotify is usually stuff that’s either tangentially linked to something I’ve listened to a lot (“we saw you like Pavement? Have you heard…Stephen Malkmus and the Jicks?”) or something I know exists but don’t want to listen to (I listened to the 96 Back album once and didn’t care for it, but every new release still gets flagged on Spotify). Conversely there’s always something new and interesting in Bandcamp’s editorials.

Delete them all and buy everyone a nice CD player

From the listener POV it’s pretty much ace. Almost the music ever in one instantly accessible place? Amazing!

From the artist POV however it’s fucked, and I’m not sure there’s any way back now, short of some sort of unionised effort for everyone to pull their music down from streaming services and not replace it until the services agree to start paying people fairly.

Running Disintegration State, we’ve had literally thousands (possibly tens of thousdands) more listeners on streaming services than through bandcamp, but by my estimation we’ve made around 60 times as much income from bandcamp. The actual amounts are still really small because the label is tiny, but a single bandcamp purchase quite literally pays as much as thousands of streams. That’s no exaggeration, and it’s insane.

Plus in the world of ambient - where we’re often operating - Spotify now has a set of in-house artists (often suspiciously named in a similar ways to actual, pre-existing artists) that they put on their ambient ‘sleep/relaxing’ type playlists, which they heavily promote and then end up with tens of thousands of followers. Some of the tracks by these Spotify constructed ‘artists’ have tens of millions of plays which could have gone to little struggling independents who have been creating beautiful music in obscurity and poverty for years.

Don’t really know much about the dark arts of Spotify-generated playlists but it seems like a lot of them are based on popularity, which is determined by number of streams, which in turn are boosted by these songs being on the playlists so you end up with a closed loop (although YouTube is much, much worse for this. Listen to anything electronic and the auto-generated recommendation is always some Solomun track with 50 million plays or whatever).

Plus in the world of ambient - where we’re often operating - Spotify now has a set of in-house artists (often suspiciously named in a similar ways to actual, pre-existing artists)

Some of the bigger labels are definitely up to this now too, it’s utterly fucked 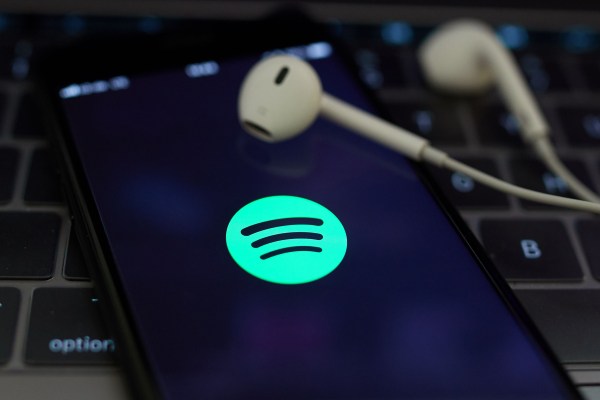 'Fake Artists' Have Billions of Streams on Spotify. Is Sony Now Playing the...

Large record companies – who have been complaining about the “fake artist” practice for two years – appear to be adopting a “if you can’t beat ’em, join ’em” app…

I’ve mentioned this one before in another thread: Resonate. It has a different business model which seems much fairer to artists, and they already do some things people mention they don’t like about Spotify e.g. money going to the artists you listen to, ‘owning’ the track after a certain number of streams. Main downside is there’s no app and the range of music available is pretty small and niche, but as an alternative it seems to have a lot of potential.

Explore "stream to own" from Resonate, the world's first streaming music cooperative. It's the honest way to stream, fairly connecting artists and fans.

I’ve used it on and off since the start of the year (in addition to Spotify and Bandcamp), and the Staff Picks are nice alternatives to playlists for finding new releases and artists, and the ability to easily browse by label has been great.

I’ve never had a Spotify account and have no interest in joining for these reasons. Out of interest, why do you upload music there if the return is so poor? Do you reckon removing music would see an increase of decrease in Bandcamp sales (i.e. is the exposure Spotify offers still a benefit, financially, in the long run)?

EDIT: I’m guessing these questions have probably been discussed a hundred times on DiS and I’ve never noticed…

you end up with a closed loop

I can’t speak for things outside the ‘ambient’ world but we’re plugged into that scene fairly well, and it’s pretty well known within there that they’re now paying in-house teams to create tracks so it becomes:

It means they own the means of production and delivery. It’s a killer business model. Unfortunately it’s killing small artists.

Should probably be about five times more expensive for a start

Think streaming’s an amazing tool to have at your disposal but the trouble is it became a bit too readily available. When Spotify was just something you had on your computer at home it was amazing but now that it’s most people’s primary, or sole, method of listening to music, always in your pocket or ready to plug in in the car, it’s broken things a bit. But it’s one of things that would seem too far gone to row back from now really. So I’m not sure how we convince the CEOs to rewrite the royalty system and pay artists better.

Honestly though my mum got a new car recently and it doesn’t have a CD player and I’m going to have to think a lot harder about what to get her for Christmas in future.

We’re doing it from the point of view of exposure and ease of access mainly. Bandcamp’s audience is tiny in comparison to streaming