Just got a ticket to the Scala show.

Great song that. Sounds like early Nick Cave. Their last album seems to have slipped past me

Been listening back to Plowing Into the Field of Love over the last few days. It’s so great. Pretty exciting to catch them live later this year.

Is everyone pro Iceage again now? 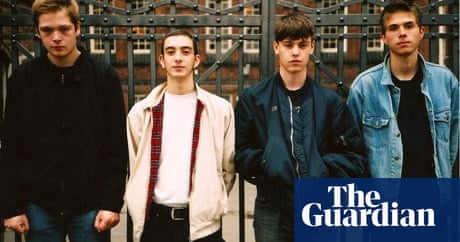 Iceage and the rightwing accusations that won't go away

Ben Myers: Can the Danish punk band expect to flirt with Nazi imagery and not face criticism? We asked them a few questions

I didn’t get into them until the third album so totally missed all of this.

I dunno, it seems like they denied it pretty consistently.

I Hear You're A Racist Now, Iceage

Should I revisit? Anyone got a Best Of The Iceage playlist I can peruse?

I’ll try to put one together a bit later using the other thread’s rules, but in the meantime it will definitely have this one.

they literally did go away

of the new stuff I heard at their Haven set last year, Nick Cave definitely seems like the general direction with this album (some krautrock-y stuff too)

Here’s a quick shot at it. I think they’re worth revisiting. My biggest gripe with them is their tendency to derail otherwise good songs with a section of slow, repetitive, ugly-sounding notes. It grinds them to a halt.
Sometimes his vocals can feel a bit too moan-y as well.

The first album hasn’t aged well for me (it feels like they had a “sound” but the songwriting hadn’t developed yet), the second one is great and remains the one I want to listen to the most, and the third is also great, adding some more varied songwriting at the expense of some of the looseness and energy.

iceage 1, a playlist by TAFH33 on Spotify

No idea. Had never heard of them before a mention a couple of days ago in another thread.

Thanks for this, will give it a whirl!

Musically reminded me quite a bit of Venus in Furs.

Good track from an interesting band.