Heavily considering buying a new monitor to replace my ancient Samsung HD TV which must be 15 years old now. The Samsung TV works but the sound output went years ago and I just have a Bose speaker running from the headphone socket which is fine.

Problem is some games, like Hades, I cannot see all the information. I have looked (a lot) at the PS4 setting for this but the TV can be not full screen at times, Like 10% of games cut the screen down. Plus I figure modern HD will supersede the Samsung which I bought when I bought an XBOX 360 as a time stamp.

So, I’m considering buying this tomorrow, but I am concerned about the speakers. I do not want to use the inbuilt speakers. Done some light research, will my Bose via a 3.5mm jack work with this from a PS4 / HDMI ? 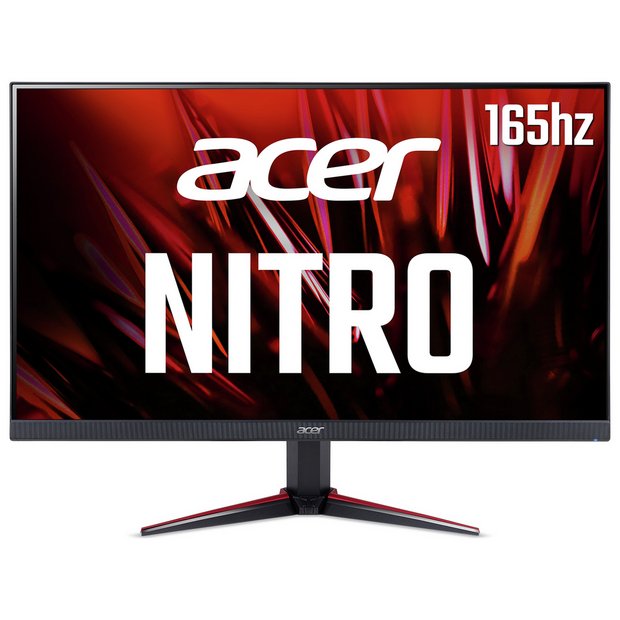 Moot because you’re getting yourself a proper monitor but:

I have looked (a lot) at the PS4 setting for this but the TV can be not full screen at times, Like 10% of games cut the screen down.

I know the Switch has the settings to adjust for overscan, is that the sort of thing you’re talking about for the PS4.

Have you looked up how to get into the service menu of your TV? That allows you to actually adjust the overscan for all output on it.

One thing to consider is the games on a console are designed to be seen on a TV and 24" while reasonable for a monitor is quite small for a TV. I’m using a 27" monitor on my desk here and I’d say it’s a decent size but my eyes are also only a foot and half away from the bottom of the screen.

The Samsung TV is only 23" and I am used to it but it is very old now.

I have looked at the setting on the TV and various consoles over the years and it has always cut some screen state down for whatever reason. I figure a new monitor will fix this and look a lot better also. I am concerned the monitor I am looking at will have no sound output though?

it has always cut some screen state down for whatever reason

I don’t really get what you mean with this BTW, probably just need an image or something to get it, sorry!

I am concerned the monitor I am looking at will have no sound output though?

Yeah, I would be looking at the back of your PS4 to see what its audio output options are. If it has a dedicated 3.5mm jack or speaker outs I would have a see if they work now and use them.

Otherwise you’ll need to buy one of these HDMI audio extractors. In that case I’d scour reviews a lot because a box like that (in my limited experience) can introduce visual issues as it’s an extra stage. I wouldn’t expect it but just check those 1 or 2 star reviews of whatever you’re buying!

How far from it are you sitting?

TBH I’d say if you’re struggling to read stuff then just get a 32" or larger TV rather than faffing with a gaming monitor, assuming your space can take that. e.g.

On 10% of games it will shave he edge off and there is clearly information there that I cannot read or see because it isn’t displayed on my old Samsung TV. Rarely an issue but when it is it will break a game for me.

Currently run HDMI from PS4 to TV and 3.5mm jack to Bose for sound. Replicating that would be ideal but I’m not convinced what I am looking at buying will have the 3.5 jack.

The monitor won’t have a 3.5mm jack because it won’t have any sound processing so you would either need to buy the audio extractor box or use the PS4 output which, according to the internet, is only a digital optical output

Learn how to change the audio output on your PlayStation®4 console.

which I imagine it’s unlikely (but not impossible) your Bose accepts.

HDMI transfers sound and visuals, no?

Oh my mistake sorry, I missed the built-in speakers.

So no, doesn’t seem like you can get an audio-out from it, you’ll be just using its own speakers.

Yes the HDMI will transfer all the sounds and audio.

I’m currently using a 3.5 jack to Bose speakers which is good.

If it has a headphone socket then it will do what I need but it suggests the 3.5 socket is audio in and that is confusing.

Yeah no headphone jack listed. It says Thunderbolt ports which are Mini-DisplayPorts that a bunch of older laptops use (my Surface Pro included). I don’t believe those include sound in the visual carry so I’m assuming it’s for a machine with a Thunderbolt output so you can run the audio in separately out of it.

Ah, damn it, Samsung for another 15 years then.

I think you’ve just got a fairly unusual setup with the Bose speaker and a console, TBH. This monitor caters for a console but is mainly for a desktop. As such it’s expecting a different system.

Your console is more at home with a TV but obviously it has the downsides of overscan you’re mentioning. I was unclear if you’ve looked into the Service menu though 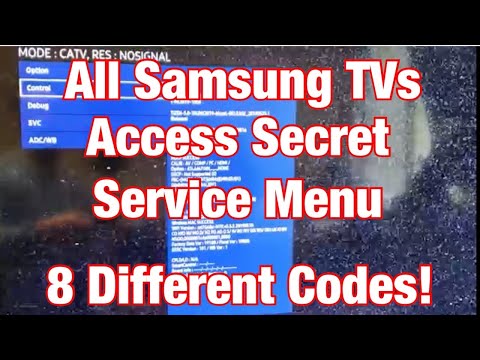 As I say, you may find there is a specific problem with too much overscan.

When I did this on my 24" Sony widescreen tube TV 21 years ago I discovered there was a huge overscan on the left side. The opening credits for Almost Famous featured a box within the screen and on my monitor I could see the same area all around it but on my TV the left side was almost flush with the screen which was a couple of centimetres!

I actually do the same with an old Bose speaker hooked up to a monitor. I think the monitor will need a 3.5mm audio out, then I just use a 3.5 male-to-male lead to the Bose.

I have this monitor for work and my Series X and it’s absolutely fantastic. Its 1440p which PS4/5 doesn’t support so probably no good for you. 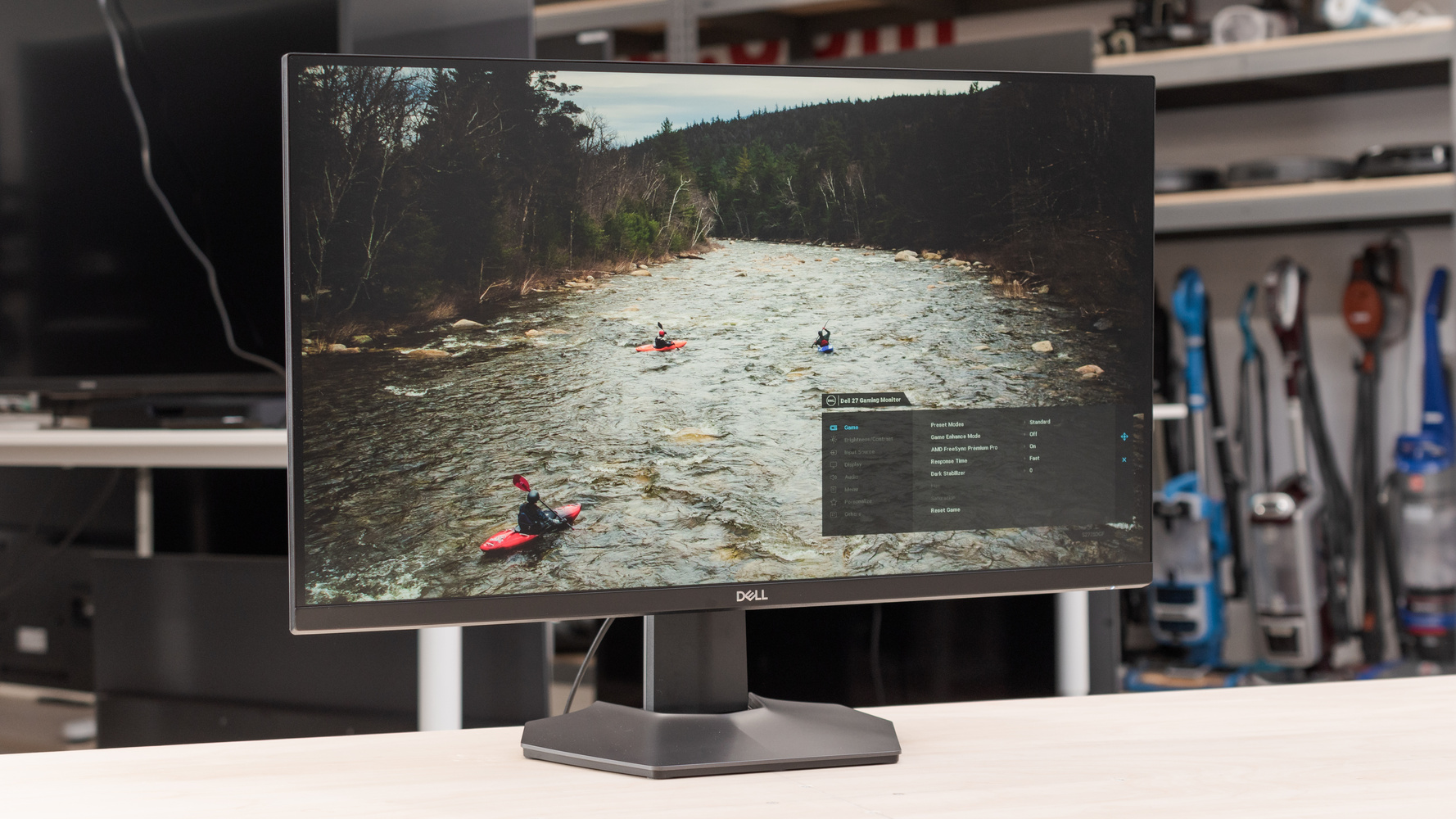 Rtings is really good for detailed reviews, and lists. 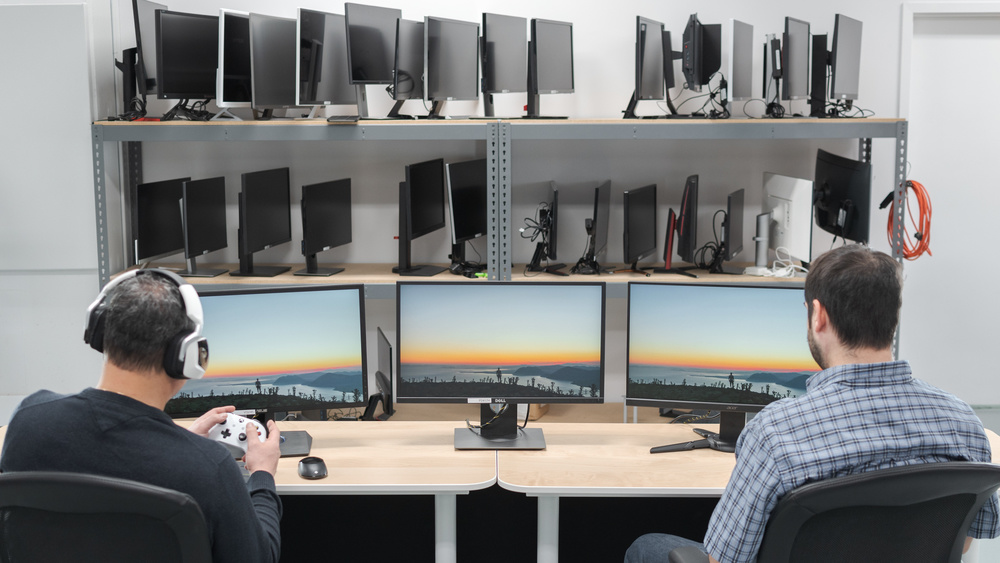 I would defo recommend going to 27” at least if you’re set on a monitor and not TV.

It does have a headphone port

Shop the latest Acer products, from Chromebooks, laptops, monitors, desktop PCs, and projectors for office, home, and entertainment use.

3.5mm out from a monitor to speakers is a pretty standard setup, I’d be surprised if any modern monitor doesn’t support it

Does the bose speaker take optical audio? I always used optical on my ps4.

Ah, I decided against it but this has pulled me back in.

Will it visually for a PS4 Slim be noticeably better than a 15 year old Samsung HD TV?