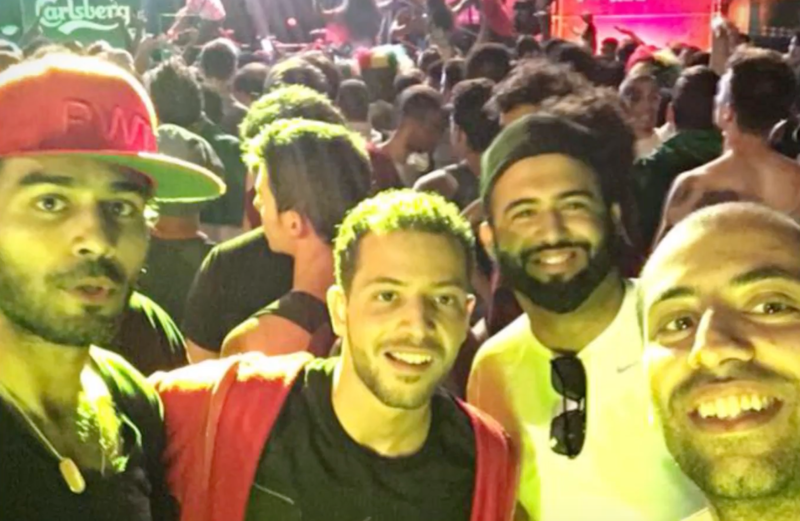 Band once known for antiwar stances under pressure not to lend name to burnish Israeli apartheid.

Looks like they’re still doing the show. Seems odd to me, even in light of continual legitimate criticism and outright begging from Palestinian fans to not do so. 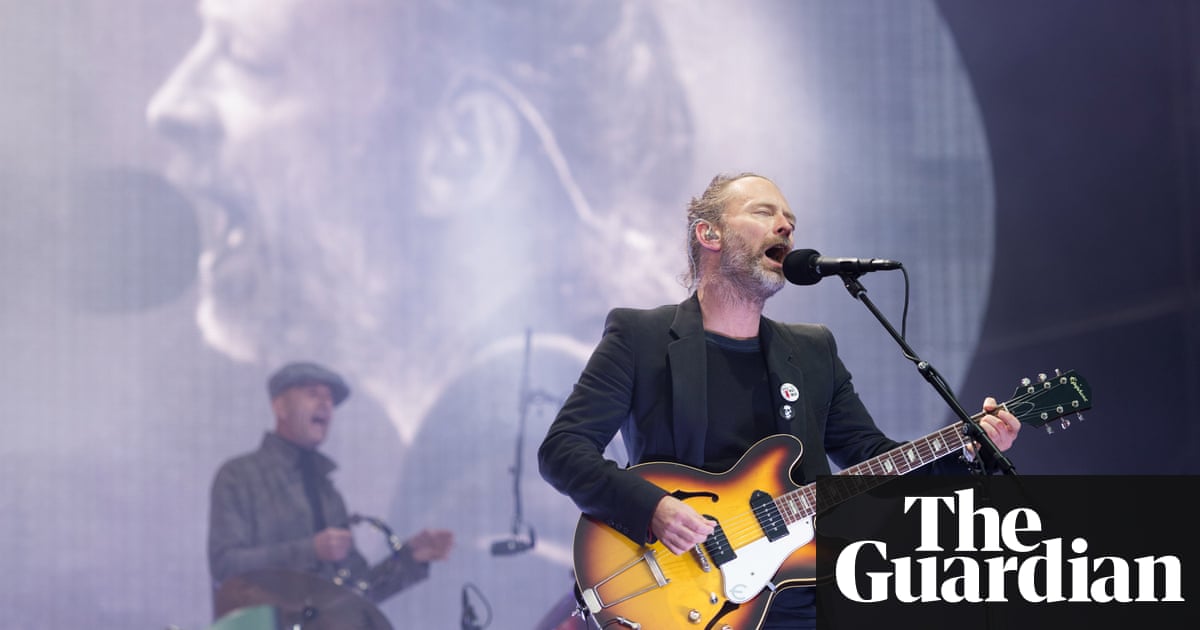 Radiohead should not perform in Israel | Letters

Letters: A group of Palestinians say that the British band should respect calls for a cultural boycott of Israel

I don’t really think it’s fair to punish their Israeli fans for the sins of their government.

fair point. But I think it’s the ‘business as usual’/‘we’re not even gonna have a dialogue with the Palestinian fans’ thing which I find a most weird.

same argument was made when queen played in SA. i think it’s kind of missing the point of a cultural boycott, which is to make ordinary citizens address the outrageous behaviour of their government, instead of allowing it to be normalised.

Shouldn’t really be playing the US or the UK then should they?

If a band wants to boycott. Fine. Fair play. But just because some people want them to boycott, and they don’t do it, doesn’t mean they are supporting an oppressive regime. Surely they are just playing music to some fans?

Unless I have missed something this isn’t a Zionist fundraiser is it?

Obvious sitting-on-the-fence answer but there’s a lot more shades of grey than either side care to admit. On the one hand it’s hard to see what cultural and economic boycotts acheive other than depriving the populous, some of whom bear no responsibility and may even be struggling against appalling state/societal crimes. Littlebirds is correct that it seems more than a little hypocritical for Roger Waters to slam Radiohead for this whilst he’s touring Trumpland.

But on the other hand it’s not like Israel is a dictatorship and the populous is entirely removed from the atrocities committed - Netanyahu & co keep winning elections when voters presumably know that this is their policy on Palestine. So maybe there is something to the argument that Israeli society (or at least the part of that repeatedly votes in the current administration) can be legitimately boycotted over the treatment of Palestinians. Still doesn’t quite square up the argument that if you’re boycotting Israel how can you not boycott the US and the UK?

When it comes down to it I think the ball’s in Radiohead’s court. If they play the show but criticise/denigrate the Netanyahu administration like they have Trump and Theresa May from their considerable platform then ultimately I’m ok with it (I think Thom is also giving a lecture at a university so could do it there too). If they just turn up and go “Thank you Tel Aviv everything’s perfect here thanks for your cash” then it’s a different matter.

the us and uk prop up some horrible regimes, but they’re not an actively apartheid state like israel is

What would people want from a “dialogue” with them though? There’s no reasonable middle ground to be reached, they either play or they don’t. They’ve heard the arguments and decided they don’t persuade them, is there anything more to talk about really?

If they just turn up and go “Thank you Tel Aviv everything’s perfect here thanks for your cash” then it’s a different matter.

i feel we’re, sadly, heading towards that.

Well the notion of ‘dialogue’ here has become a sticking point all of its own with Palestinian fans wanting to engage with the band by, seemingly, every mode possible for months but getting nothing in return. Then, more recently the band say they want dialogue but aren’t getting it and are using it as some kind of argument against Palestinian fans for being unreasonable. I think there would be an opportunity to at least draw attention to issues/nuances of the situation - rather than framing Palestinian fans as complaining about nothing via indirect articles in Rolling Stone et al.

Someone on Twitter said Jonny’s wife is Arab Israeli which probably complicates things a bit.

Radiohead have made a couple of statements 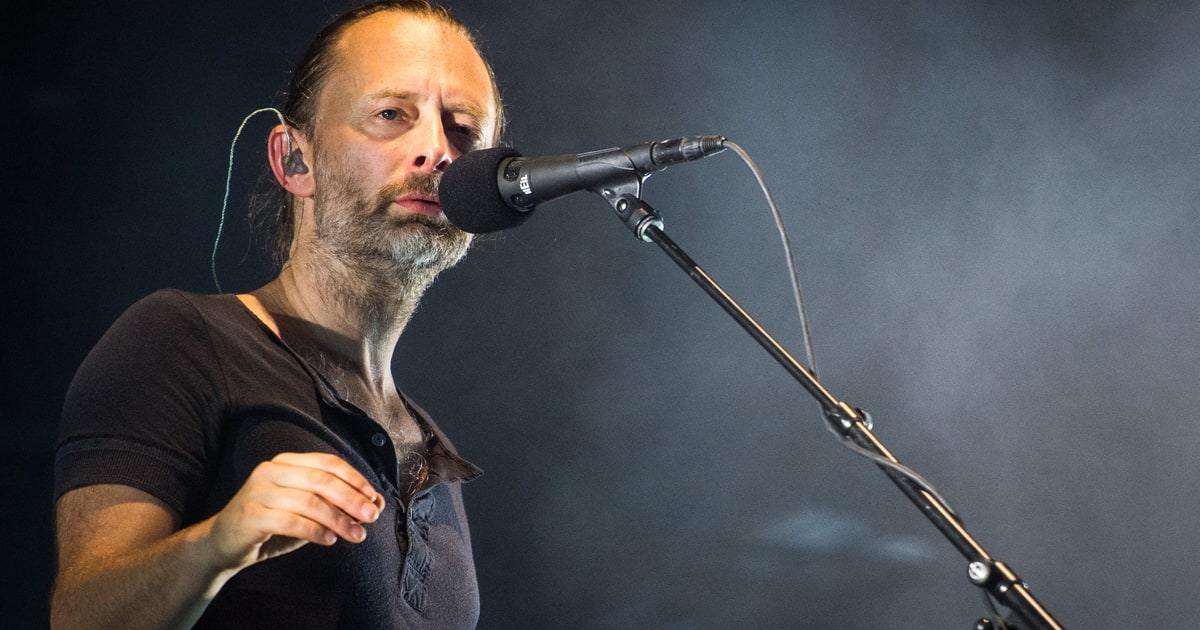 Yeah. From that Rolling Stone link:

‘The person who knows most about these things is [Radiohead guitarist] Jonny [Greenwood]. He has both Palestinian and Israeli friends and a wife who’s an Arab Jew. All these people to stand there at a distance throwing stuff at us, waving flags, saying, “You don’t know anything about it!” Imagine how offensive that is for Jonny. And imagine how upsetting that it’s been to have this out there. Just to assume that we know nothing about this. Just to throw the word “apartheid” around and think that’s enough. It’s fucking weird. It’s such an extraordinary waste of energy. Energy that could be used in a more positive way.’

If they say something onstage that would be pretty powerful/bold though so who knows if they are planning to. If they said something before playing No Surprises then put emphasis on the ‘bring down the government’ bit would everyone who called for a boycott then eat their words I wonder.

I’m not really sure what to think as there are strong arguments either way. a few points though. firstly, Jonny is about to step on stage with a band fronted by an Israeli, singing songs comparing Allah and Elohim as one and the same, which is quite a strong message in context. Also, other massive western bands, such as Guns ‘n’ Roses have played Tel Aviv recently. Obviously they don’t occupy the same social Justice space, but still, if it’s just bands with left leaning fans boycotting a region, what sort of overriding message does that give? other than it only affecting those many in the country who do want and end to the violence. Also, without the boycott including Sports such as football, it can’t have anywhere near the impact that the South African one had.

As I say though, there are very strong arguments for a boycott and the situation as a whole beyond this gig is so hugely complex.

there are pretty strong arguments for and against aren’t there. think chomsky is against bds unless aimed at the occupied territories and he’s a pretty clued up guy. this quote:

“If you’re an activist it’s second nature to ask what are the consequences of my choices, not I’ll do it because it makes me feels good,” US academic Noam Chomsky tells Mehdi Hasan in this web extra.
The Boycott Divestment and Sanctions (BDS) pro-Palestinian movement has called for the boycott not only of Israeli-made goods, but also of cultural and educational products and institutions.
While Chomsky supports BDS campaigns “aimed at the occupied territories”, he says he is opposed to those “actions against Israel itself”.
“Just as I do not suggest boycotting Harvard University and my own university, even though the United States is involved in horrific acts. […] You might as well boycott the United States,” the academic adds.

That last bit kinda links into what was mentioned upthread. I mean, I’d bet we and the U.S have far more blood on our hands than Israel and we are sinking deeper into gore around the world every year. Where’s the BDS movement against us? Little hypocritical to bitch about the people across the street when your own house is well out of order no? But again, the horrific shit the Israeli government are doing still needs to factor into whatever you choose to do in that part of the world as an artist or educator or businessperson.

It’s a really really delicate situation and frankly I think we’re very lucky we can throw around opinions without having to really own them.