most of this is in there :
Spotify

I think technically it was released yesterday but anyway Not Waving have a new one out called Futuro, which is some sort of soundtrack to an art installation.

I really didn’t like the last Not Waving album so wasn’t going to bother but this is completely different - synthy ambient stuff and I’m really liking it,

They have always been mega low profile for some reason - they don’t even show up on his Wiki page. Well worth checking out though

The man can do no wrong for me.

Holmes produced the third album by Noel Gallagher’s High Flying Birds. Recorded and mixed in Belfast, the album ‘Who Built the Moon?’ was released on 24 November 2017.

Sorry, not intended as a reply to you retro unc

I’m going to pick up the Unloved LP in a bit.

I might also buy the new Kid Koala, but I think that was from last week. His album with Emiliana Torrini was lush and the new one is the second in the series so I have high hopes.

There’s a bunch of Cardigans reissues today too, so I might accidentally buy Life on vinyl if it has the original Swedish tracklist

Seems like a new Deptford Goth album has dropped today as well. Really liked his earlier albums and “What’s That Sound” released under his own name (Daniel Woolhouse). No idea whether it’s any good or not

That description works for me

This is indeed working for me

I’m really liking the Spielbergs album. It took a couple of listens as its quite different to the EP. But I’m liking it a lot. 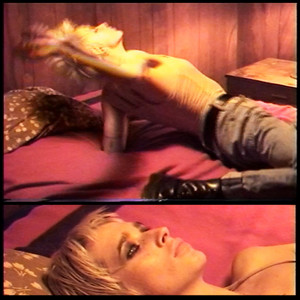 newie. i think. first two tracks released were great. but its got like 30 (THIRTY) songs.

Yeah their second double album in the last couple of years. Singles were good so looking forward to giving it a spin later but I’m expecting inconsistency

If you’re ever in any doubt about a GBV release, just remember it’s always almost certainly a new one.

yup…their regular LP’s are inconsistent…what made them do a double!? anyways, the singles were tops, so long as there are a few more tracks of that standard i’ll be happy.