Pitchfork's Best Albums of the 60s 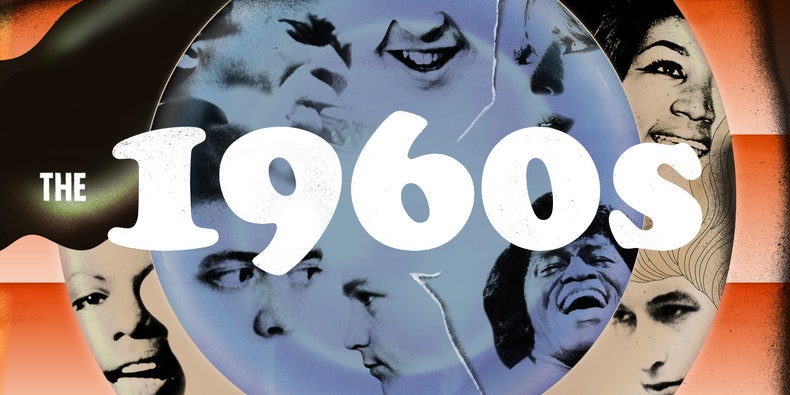 VU & Nico at #1 is a good choice and like the White album as the highest Beatles entry. Don’t care much for Pet Sounds. Pretty good list

Utter pish, not even one Radiohead record

Some very good inclusions. Some unusual ordering, and a very very safe top 10.

White album has improved with the ability to skip tracks. The whole album is a bloated mess and nit being able to skip easily on vinyl made it one of the weaker reviewed albums at the time. Its all over the place but has some of the Beatles best work

The trouble with a list like this is that until 1966 the decade was one where singles were king.

Funny you should say that. Check out the opening paragraph of their Best Songs of the 60’s list:

‘People always ask: “When is Pitchfork gonna run a list of the top albums of the 1960s?” The answer now? Probably never. Not that we didn’t consider it. It’s just that when we sat down to map it all out, we found it would be more rewarding to approach the decade through its songs instead. After all, it was by and large a single-oriented era-- the long-player didn’t really take over as a creative medium until the 60s had nearly come to an end.’

Probably never…or until Conde Nast buy us, ramp up the clickbait articles and we have no choice

Fairly safe list, expected Forever Changes to be higher and possibly the Dylan albums feel a bit low. Highway 61 at 14 when I would have put money on it being top 5.

I don’t get the issue with “safe” top tens in lists like this. Albums are safe because there’s a large consensus around their quality, no?

Especially a publication that strives to be a tastemaker, like Pitchfork. They’re more interested in aggregating all opinions as opposed to finding something different or new via a list.

I’m skeptical of the methodology at work. There’s either too many or not enough genres involved.

I thought about this when I saw the list. Not only did they do one, they also expanded the format to include 200 albums instead of the 100 they did for the 70s/80s/90s. They’ve probably included every album from the 60s that I’ve ever heard in this list.

It’s a decent enough list, but no way is there that many good free-jazz albums in the world.

Weird to think that some of them artists timelines crossed over (Led Zeppelin / Beatles), etc…

It’s weird that they have records which are really about technical ability, and they put those right next to records that are really ‘fuck technical ability.’ Also, influence or influence-by-extension doesn’t seem to be very important in this list. It’s as if their measure of a good album is just what flows nicely from end to end. Never mind that some records are meant not to flow nicely. Never mind that music is mainly about songs and not really about albums. I think, actually, that saying it’s anything more than just a list of what is in style to like, maybe dignifies it too much.

Yeah, I do wonder why the Shaggs are in the list. It’s an amusing curiosity but to call it one of the BEST albums of the '60s is going way too far.

well, there’s a lot of albums, a lot of which are good. there’s plenty of stuff I like that isn’t included (or maybe I didn’t notice them) but nothing about it seems controversial to me