MvdP will not defend his CX World Champs crown this year and will be out of action for a while with a back injury. Surely now a 2-way fight between Van Aert and Pidcock but anything can happen.

Real shame. Assume that means he won’t be in much contention for the spring classics either. Also the mind boggles that he probably came 3rd at Roubaix last year with an injured back!

@AlpecinFenix
Not the news we'd been hoping to share, but @mathieuvdpoel won't defend his world CX title later this month. He and the #AlpecinFenix team management have deciced to put a stop to his CX season. 📝 Read more: m.facebook.com/story.php?stor… https://t.co/uIBlhB96Bu 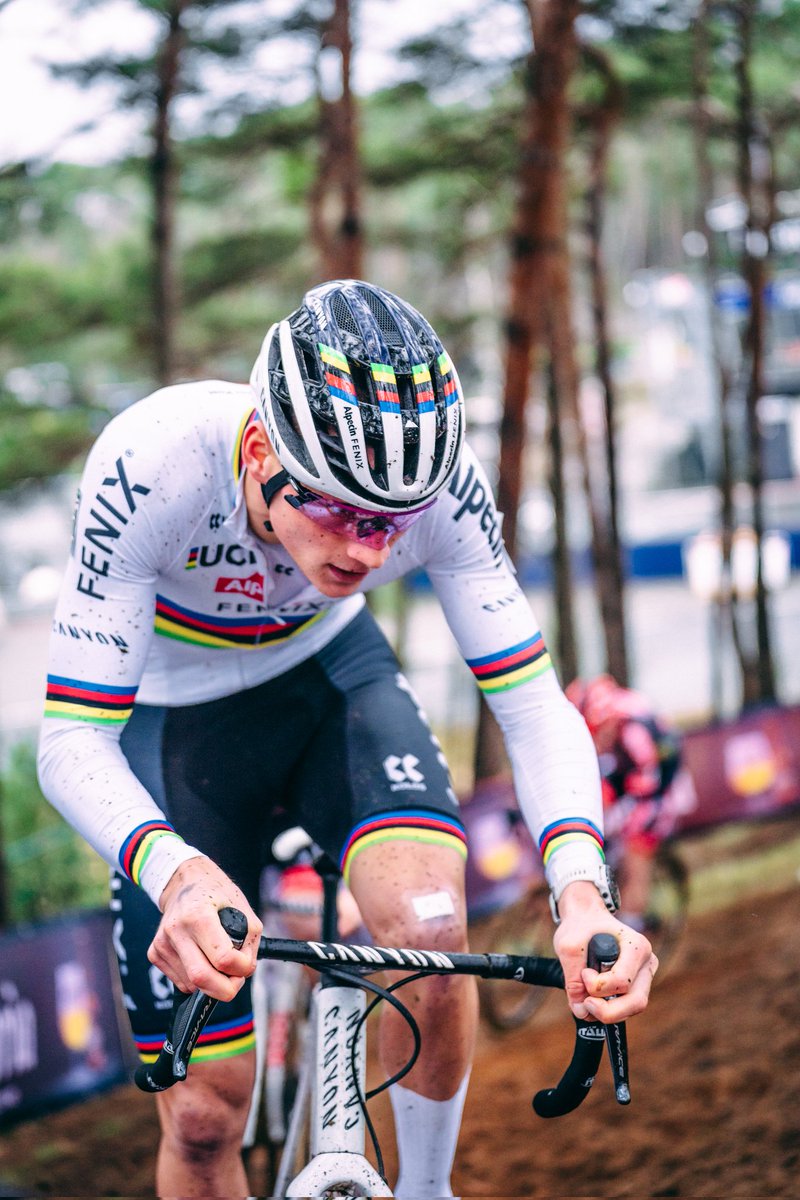 Is that still from his fall at the Olympics?

I think so but not sure if that’s been confirmed. He mentions he hasn’t be able to get back to the form he had at the tour which was his last race (I think?) before he fell at the Olympics. Putting 2 & 2 together you’d have to say so, eh?

I don’t think this got posted in the last thread. Amy Pieters has been in a medically induced coma for almost two weeks now.

She was training with the national team at the time so will have got treatment straight away, which is just about the only positive point I can think of at the moment. Hopefully she can make some sort of recovery.

The Madison world champion has been in an induced coma, to aid recovery, since crashing on December 23.

Oh shit I hadn’t seen that. That’s awful! Hope she pulls through ok.

No Wout at CX worlds, either. Toon vs Tom?

iirc he had ongoing back issues before that fall

the olympic crash wouldn’t have helped though

Bah that sucks, but it might make for a better race now? Maybe Eli Iserbeyt up for the win with Tom and Toon now?

the ‘flamme rouge’ twitter account which posts a lot of race previews and stuff has gone off at the deep end with a load of racist shit about african cycling tonight, which is a shame

(there was a follow up blog to this tweet which i won’t link to, but makes loads of comments about ‘social justice warriors’ and stuff about why certain people are better at sports than others that is absolutely rank) 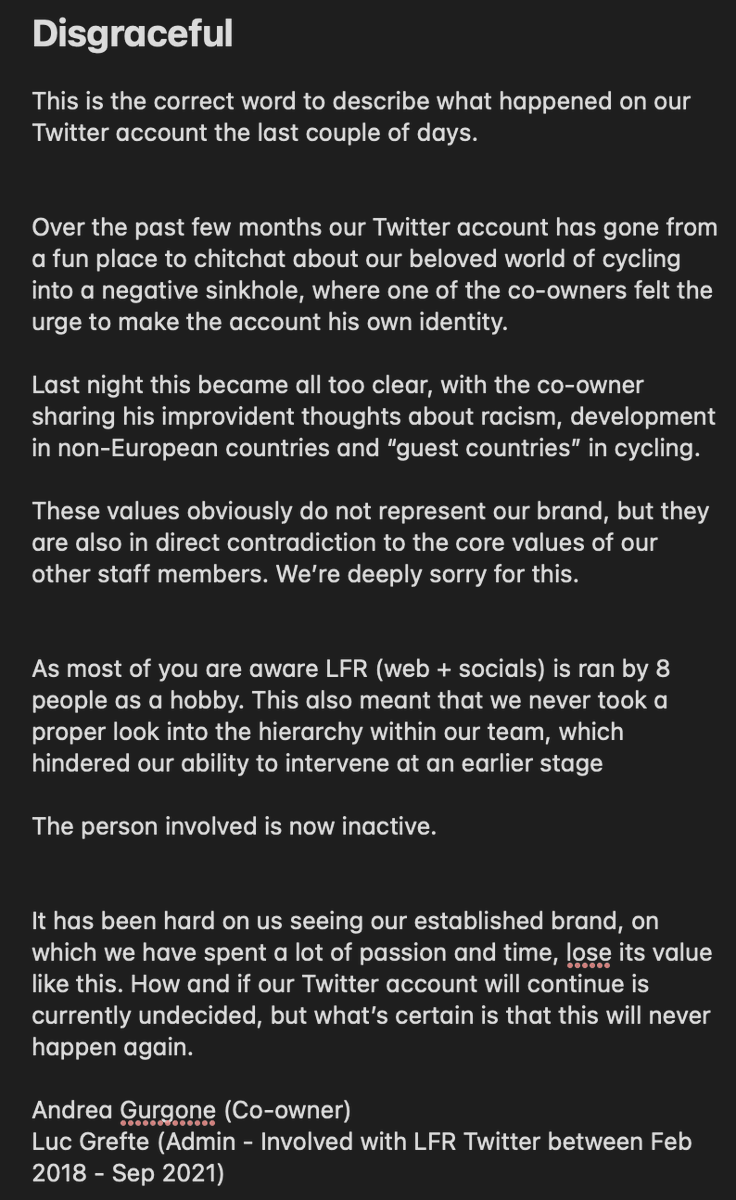 The twice-postponed London six-day event has now been officially cancelled.

That sounds really bad, hope he can come back

The UCI calendar is a bit impenetrable but the UAE Tour seems to be the first ‘WorldTour’ race - 20-26 February. As no-one can be arsed with that, Omloop Het Nieuwsblad on 26 February is the one to look forward to.

I don’t think there is any Oz stuff this year? Entry requirements, quarantine ect… There’s a Santos festival of cycling instead to highlight the best of Australian cycling. 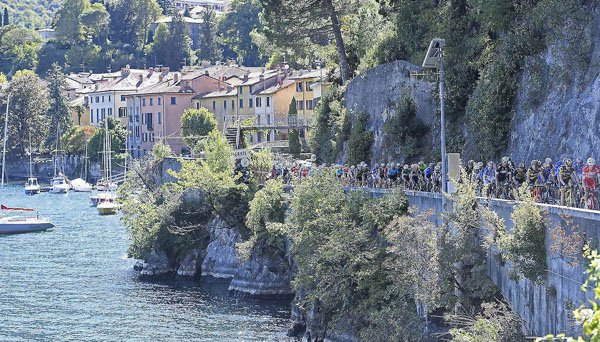 I’ve always had Etoile de Besseges as the start of the season with small warm up races in Spain and the south of France before the real opener of Omloop.

The mixed relay test event (no medals for some reason) begins at 6:30 this evening on Eurosport. It’s not a star studded field but it’ll be cool to see how it works.

BBC have the junior women’s, women’s elite and men’s elite on red button/iPlayer.

I think these times are correctly converted from CST but I may be off.

The end of an era: Davide Rebellin will retire at the end of 2022 - CyclingTips

The 50-year-old Italian has confirmed that 2022 will be the last season of a career that spans three decades.